Part of Mike Trout’s appeal is his ability to do literally anything on a baseball field. Trout is a line-drive hitter with over-the-fence power. He can propel his prototypical linebacker body to a 6.5-second 60-yard dash and possesses a plus arm that he used to draw accolades on the mound as an amateur. His incredible […]

Part of Mike Trout’s appeal is his ability to do literally anything on a baseball field. Trout is a line-drive hitter with over-the-fence power. He can propel his prototypical linebacker body to a 6.5-second 60-yard dash and possesses a plus arm that he used to draw accolades on the mound as an amateur. His incredible speed and universally acknowledged baseball instincts and feel for the game made it all the more surprising when he graded out as a subpar defender in 2013 by Defensive Runs Saved. Last year, Trout totaled a nine-run deficit as compared to an average center fielder after saving the Angels 23 runs in center the season before. With his limited Major League track record, and two vastly divergent defensive seasons, it’s difficult to get a read on Trout as a defender. In order to further that understanding, we can take a look at players who experienced a similar drop in defensive performance and how their defense ranked in later seasons.

To do so, I assembled a list of all the outfielders whose Runs Saved totals fell by more than 20 runs from one year to the next at a single position. That list features 25 pairs of seasons, including Trout’s 2012-13. Two other outfielders in the group also experienced their drop from 2012 to 2013, with Michael Bourn falling almost to neutral after saving 24 runs in 2012, and Torii Hunter costing the Tigers 10 runs as their right fielder last season after saving the Angels 15 the year before. Because we don’t know how they bounced back from their down seasons, it isn’t instructive to include them in this investigation. In addition, we will be unable to glean any relevant information from a player whose down year resulted in his moving off of the position at which he faltered. Hunter’s move to right was precipitated by a disappointing final season manning center for the Angels. He and Andruw Jones changed positions following their down years, while Scott Podsednik failed to see Major League action at all in 2011 after costing the Royals and Dodgers a combined 15 runs in left the prior season. Removing these six pairs of seasons, we have a list of 19 season-pairs in which an outfielder dropped by more than 20 runs from his previous season at the same position and continued to play that position for at least the next season.

So, what does this group tell us about Trout? In order to answer that question, we first need to determine which of these players’ declines were similar to Trout’s and which ones have very little bearing on our projection of Trout’s future performance. I’ve chosen the simple split between players whose decrease in defensive production was related to an injury and those whose deterioration had no apparent injury associated with it (as was the case for Trout).

If a player’s drop in Defensive Runs Saved is the result of an injury, his career arc tells us very little about Trout’s future, so we’ll leave those players out when attempting to project Trout for 2014 and beyond. The list of players whose decline was precipitated by an injury includes Curtis Granderson in 2008 (finger fracture), Aaron Rowand in 2006 (nose/ankle fracture), Willy Taveras in 2007 (groin/quad strain), and Austin Jackson in 2012 (abdominal strain).

We are now left with a group of 15 outfielders who had a decline in defensive performance of more than 20 runs which cannot obviously be explained by injury. The list ranges from players who started as exceptional defenders and fell to average to outfielders who began near average and landed among the worst players in the league at their position and everything in between.

Trout’s best-case scenario, at least for this season, may well be represented by Michael Bourn’s 2010-2012 seasons. Bourn enjoyed an outstanding 2010 campaign in which he saved 30 runs, making him the best fielder in baseball at any position for that year and earning him a deserved second Gold Glove, as well as his first Fielding Bible Award. While his offense took a significant step forward in 2011, his defense did the opposite, plummeting to three runs below the average center fielder. Bourn’s defensive woes led to a decline in overall production despite a career year with the bat that was split between Houston and Atlanta. In 2012, however, Bourn put it all together, regaining nearly all of his defensive value at 24 Runs Saved while maintaining his offensive gains to post a season valued by Fangraphs at over six Wins Above Replacement (WAR).

While Trout hopes to achieve a similar bounce-back, there are several important differences between his 2010-11 and Trout’s first two MLB seasons. Trout burst on the scene with his superlative defensive year, while Bourn built up to it, beginning his career as a solid defender and evolving into one of the best glove-men in the league by his third full season.  In addition, Bourn played the 2010 season at 27 years of age, after being drafted out of the University of Houston and playing the majority of four seasons in the minors. Finally, considering a longer timeframe, Bourn lost a significant portion of the defensive value he regained in 2013. If Trout bounces back, he will hope to maintain those gains into future seasons.

Trout’s (and the Angels’) nightmare situation would look something like Nick Markakis’ 2008-2010. When Markakis saved 22 runs in his age-24 season, thanks largely to his 10-run arm that season, it appeared as though he was poised to establish himself as one of the best all-around outfielders in the American League as he entered his prime. Instead, his defense took a step back in 2009, as he cost the Orioles three runs in the field. The following season, Markakis’ defense fell further, as he cost the Orioles 11 runs and transformed from the best right fielder in the AL to the worst in a span of just two seasons. It’s hard to imagine a player with Trout’s speed and instincts falling further below average after last season, but those cursed with a healthy degree of pessimism can consider Markakis to be his absolute floor.

As for a likely middle-ground scenario, Franklin Gutierrez’s 2009-2011 probably represents the most apt comparison. In 2009, Gutierrez saved 32 runs, leading all positions as the best defender in the game. In 2010, however, he fell back to earth, grading out as a neutral defender. Gutierrez regained some of his defensive value in 2011, saving an excellent but not earth-shattering 10 runs. This is on par with the bounce-backs of many of the outfielders in the sample, although most didn’t start out with a DRS total among the league leaders, as these three examples and Trout all did.

As logic would dictate, the larger group of outfielders suggests that Trout is likely to recover some, but not all, of the defensive value he provided in 2012. Of the 15 outfielders, all but three improved in the year following their drop-off. Regression is likely part of the explanation, but there does seem to be a significant trend towards these defenders returning at least some of the way to their superior pre-decline performance. The following table presents the average performance over the three-year period in question for each of these players.

On the whole, these players generally bounce back somewhat from their down seasons, reclaiming nearly half of the performance they lost in their decline years. However, the sample looks even more favorable for Trout when considering only his peers in center field.

Each of the six center fielders in the sample showed at least some improvement from their down seasons, and on average their third-year performance was closer to their Runs Saved total prior to the decline than it was to their valuation in their down season. Three of the center fielders (Matthews Jr. in 2008, Kemp in 2011, and Bourn in 2012) had a bounce-back of 20 or more runs.

While these conclusions were reached by two very different methods, the results of this analysis agree with Ken Woolums’ earlier Good Fielding Play/Defensive Misplay-focused look at Trout’s first two seasons in the field. While Trout won’t necessarily perform at the average of his comparable players, it seems as though his true talent level is likely in an intermediate range, in which he’s not as bad as his 2013, and not quite as good as his incredible rookie season, but rather somewhere in between. Although Trout as a total package is essentially unmatched among players in baseball’s current era, we may still be able to learn more about each of his specific skills by analyzing a group of players with a focus on one part of his game. Trout’s defense will be an interesting storyline for the 2014 season, as he hopes to realign his glovework with the rest of his elite five-tool profile. 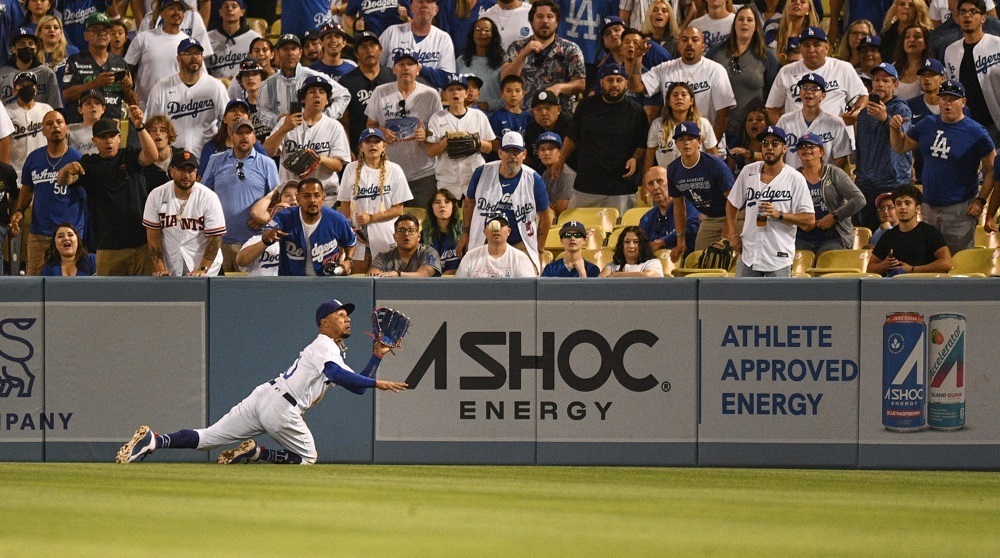