By ANDREW ZENNER I was looking through our data to determine whether there were any hitters that may be strong “shift candidates” that are shifted against infrequently. One name stood out in my findings: Houston Astros second baseman Jose Altuve. Let’s look at whether other elements of our data support the lack of shifting for […]

By ANDREW ZENNER
I was looking through our data to determine whether there were any hitters that may be strong “shift candidates” that are shifted against infrequently.

One name stood out in my findings: Houston Astros second baseman Jose Altuve. Let’s look at whether other elements of our data support the lack of shifting for him.

Looking at the proportion of grounders and short liners that Altuve has hit to the left of second base, he appears to be a strong shift candidate.

88 percent of those balls in 2018 have been to the pull side. That number falls to 83 percent since the start of 2015, but that’s still fairly significant.

So why doesn’t Altuve see more shifts? Part of it may have to do with his success against the shift.

Altuve has hit .325 on his grounders and short liners with no shift and .444 against the shift (24-for-54) since the start of 2015. That success is in such a small sample, though, that it’s unlikely to have scared many teams off in a meaningful way.

The other thought has to do with where Altuve hits the ball when he hits it to the opposite field.

Here is an image of Altuve’s grounders and liners by location since 2015. 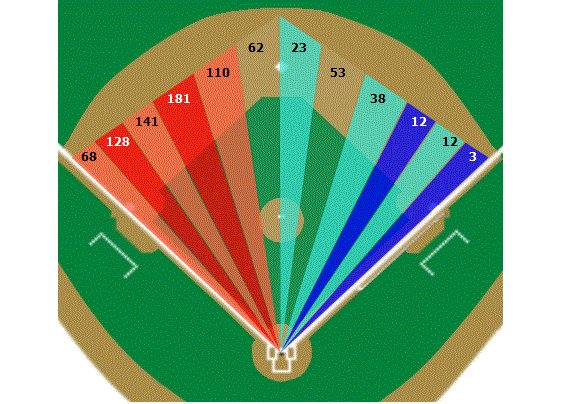 What I’d like you to notice is the second zone to the right of second base. It’s not a particularly hot zone, but it happens to be right about where a 2B would be positioned in a roughly “normal” alignment.

Perhaps teams have taken notice of this and simply decided to keep their second baseman there rather than moving him. That seems like a perfectly viable strategy, but let’s look at the same graph for Cespedes to again provide context. These graphs look awfully similar. Cespedes has that same lukewarm zone to the right of second base that Altuve has. It represents 6 percent of the total for both of them.

But teams have certainly had no problem shifting with Cespedes at the plate, especially relative to Altuve.

Some would speculate that speed might also be a factor. Let’s look at another right-handed hitter with similar speed to Altuve. Altuve has averaged 28.4 feet per second per Statcast’s average sprint speed metric. Andrew McCutchen checks in slightly higher at 28.7 feet per second. McCutchen has hit 92 percent of his grounders and short liners to the left of second base in 2018, but he’s also been shifted much more often (40 percent of the time).

So what are we left with? It’s pretty clear that Altuve and Cespedes have been very similar on grounders and short liners over the past three-plus seasons. I compared Altuve with McCutchen to address the speed component, but McCutchen doesn’t quite have any meaningful zone to the right of 2B like Altuve and Cespedes do.

Perhaps it’s the combination of speed, success (in a small sample), and Altuve’s overall reputation as a well-rounded hitter that has kept teams from shifting against him. Based on the information presented here, it may be wise for teams to take a longer look at employing some shifts against Altuve.

It seems that teams have at least taken notice a little bit so far in 2018: his shift percentage is up to 9 percent from 5 percent last year. If he continues to hit grounders and short liners to the left of second base as frequently as he has so far this year, expect that number to continue to rise. 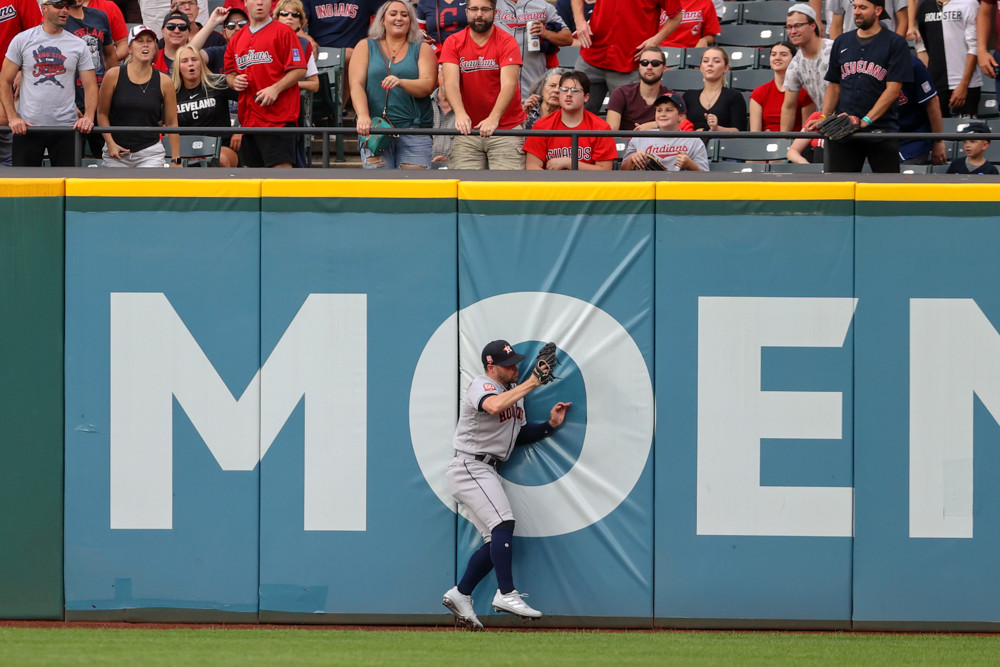 March’s Most Interesting Team Was… the Marlins?