Stat of the Week: The Diamondbacks’ Amazing Defense

BY MARK SIMON Though we shone a spotlight on the Milwaukee Brewers’ defense last week, we neglected to mention a team that was just a notch behind them. That team has since surpassed the Brewers statistically and currently has no equals on the defensive front—the Arizona Diamondbacks. The Diamondbacks have 108 Defensive Runs Saved this […]

Though we shone a spotlight on the Milwaukee Brewers’ defense last week, we neglected to mention a team that was just a notch behind them.

That team has since surpassed the Brewers statistically and currently has no equals on the defensive front—the Arizona Diamondbacks.

The Diamondbacks have 108 Defensive Runs Saved this season. If that total holds, it will be the most since Sports Info Solutions began compiling the stat in 2003. The mark of 107 was set by the Cubs when they won the World Series in 2016.

What makes them great?

The Diamondbacks do so well defensively because they are good just about everywhere and great in more areas than any other team.

What’s impressive is the group effort that is responsible for the lead at those three spots. The Diamondbacks have three starting pitchers who rate near the top in pitcher defense: Patrick Corbin (5 DRS), Zack Greinke (4) and Zack Godley (4). Corbin’s numbers come from his ability handling the area around the mound (especially on the third base side). Greinke and Godley have also played a role in limiting the running game, with five stolen bases allowed in only 13 attempts against them.

Their three catchers—Jeff Mathis, John Ryan Murphy and Alex Avila—split playing time almost evenly. Mathis, one of the top pitch blockers and pitch framers in the game, is tied for the lead among all catchers with nine Defensive Runs Saved, with Murphy and Avila saving four each and also contributing largely in pitch framing.

In right field, the combination of Jon Jay and Chris Owings has paired to save 11 runs (both got time there waiting for Steven Souza Jr. to return from injury). Owings has proven to be quite versatile, saving five runs in both center and right field.

The team’s individual leader in Defensive Runs Saved is shortstop Nick Ahmed with 14. Ahmed has flirted with the lead among shortstops in that stat, and is currently tied with Addison Russell for the NL’s top spot, two runs behind overall leader Andrelton Simmons.

Ahmed stands out because of outstanding arm strength and accuracy. His 98.4 percent good throw rating is the best among shortstops this season.

Veteran outfielder Jarrod Dyson ranks second on the team with 10 Defensive Runs Saved, eight of which came in center field, where he filled in for A.J. Pollock during Pollock’s stint on the disabled list. Dyson’s laurels include a pair of home run-robbing catches.

Under second-year manager Torey Lovullo, the Diamondbacks have more than doubled their shift usage this season. They now rank 11th in MLB in shift usage. The payoff has been great. The Diamondbacks lead the majors with 28 Shift Runs Saved.

They’ve held opposing batters to a .182 batting average on groundballs and short line drives when using a full shift (three players on the pull side) and a .199 batting average on those batted balls when using a partial shift (two defenders deviating significantly from normal positioning). Those are 36 points and 79 points below MLB average respectively, with the latter representing an MLB best.

In other words, the Diamondbacks have done a good job at moving Ahmed and second baseman Ketel Marte around in partial-shift scenarios to cut off hitting lanes, playing them close to second base, but not on the pull side.

Between good work in shifts, good work in the outfield, good work on the mound and good work behind the plate, the Diamondbacks seem to have solidified a position as a complete defensive team, in addition to being the best. 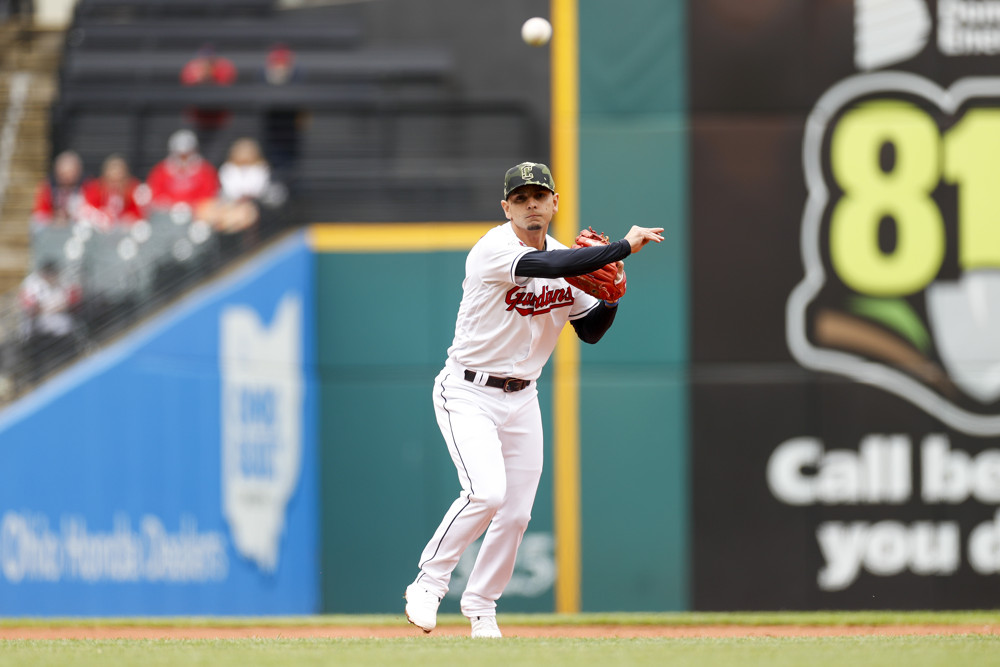