The 2019 Astros are a little different from the 2018 squad, and a few things that helped the latter might not aid the former.

In looking at the upcoming season for the Astros, I came across a few things that happened last season that probably won’t be duplicating themselves in 2019.

Last season only 13 pitchers eclipsed the 200-inning threshold and three of them were on Houston. Justin Verlander (214), Dallas Keuchel (204 2/3), and Gerrit Cole (200 1/3). Verlander and Cole have each thrown 200-plus innings in three of the last four seasons, so it is not unreasonable to think they can replicate their workload. Getting a third pitcher to this mark will be the issue. Dallas Keuchel feasibly could re-sign with Houston, but if a reunion was going to happen, it probably would have happened by now.

Charlie Morton and Lance McCullers Jr. were the next closest in innings with 167 and 128 1/3 respectively, but Morton has joined the Rays for the 2019 campaign and McCullers will be on the shelf for the year after undergoing Tommy John surgery in November.

With those departures, the rotation will likely feature 2018 bullpen arms Colin McHugh and Brad Peacock and rookie spot starter Framber Valdez. All of these pitchers have experience starting, but they still only combined for 174 1/3 big league innings last year (McHugh was exclusively a reliever) and it seems unlikely the Astros would want to make such a drastic jump in their usage.

Last year the Astros rotation was one of the best in baseball, ranking second in fWAR. Now they are without three pitchers who totaled 8.5 fWAR in their rotation and will likely have to rely on their bullpen more throughout the season. It is no easy feat to replace that production.

A lot of these names shouldn’t come as a surprise; Mike Trout (101), Justin Turner (118), Alex Bregman (132) and Mookie Betts (148) are a few of the marquee names with Betts having the second highest wRC+. The player in first? Tyler White whose 245 wRC+ dwarfs Betts’ total in second.

Last season White had 18 hits in 45 at bats ending after the count went to 0-2, good for a .400 average. Boosted by six of his 12 homers on the season, White had an OPS of 1.284 in these counts, comfortably ahead of Betts’ .938 figure in second. Two of these homers came against elite-caliber closers Edwin Diaz and a walk-off against Jeurys Familia during Familia’s tenure with the Oakland.

Why won’t this last? Tyler White had a HR/FB rate of 43 percent in these at bats and a BABIP of .500. Both rates were in the top 10 in the league and are hardly sustainable over time. He was also the only player with more RBIs (17) than strikeouts (16). Coupled with this is his production in past seasons in this situation point towards a precipitous decline.

3) Jake Marisnick’s Defense was Worth a Win

The standard calculation is that about 10 runs equates to a win, so posting a seasonal Defensive Runs Saved Total of 10 or more roughly translates to providing your team with an added win over the season. Last year only 17 outfielders were able to surpass the 10 DRS threshold, including Jake Marisnick and his 11.

Marisnick primarily played center field when he was in the lineup, with George Springer moving over to right field. With the newly acquired Michael Brantley all but locked in to the starting left field job, Josh Reddick at the other corner, and George Springer between them it leaves little room to insert the defensive stud Marisnick who posted a meager 85 wRC+ last season. Compare that to Brantley (124), Springer (119), and Reddick (99) and it becomes hard to justify removing those pieces from the lineup with any regularity. Last year Marisnick could get in when Marwin Gonzalez would move to the infield to give a player a day off, but Brantley does not provide that same flexibility which could eat in to Marisnick’s playing time.

This coming season the Bill James Handbook projects Marisnick (3), Reddick (3), Brantley (3) and Springer (-1) to combine for eight Defensive Runs Saved, lower than Marisnick’s 2018 individual total. Springer will also likely be tasked with patrolling center more frequently where he accumulated -5 DRS in 2018, compared to a league average of zero when he was moved over to RF. 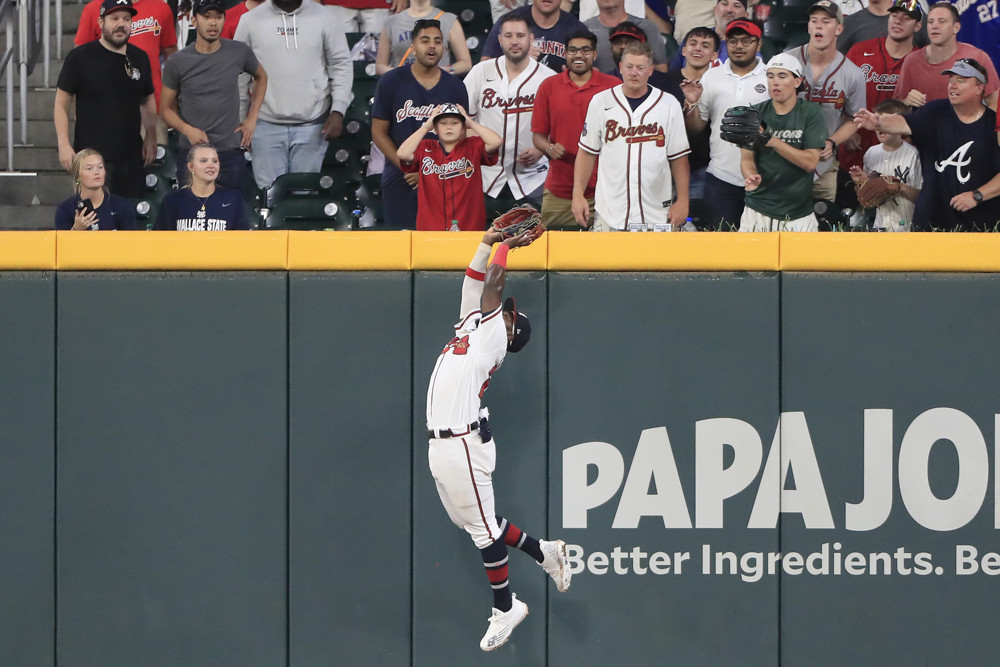 Sean Murphy turning a negative into a positive for Athletics