The Mariners started the season at a torrid pace, but were one of the worst defensive teams in baseball. How do our Defensive Misplays correlate with winning?

As mentioned on our podcast this week, one of my biggest takeaways from the first few weeks of the season was how the Mariners were winning in spite of their defensive performance.

Seattle started 13-2 before a six-game losing streak this week. The team’s offense is cooling off after its hot start, but the defense has been poor the entire way.

The Mariners currently have the worst Defensive Runs Saved in Major League Baseball (-27) and have committed the most Defensive Misplays (49).

Our Defensive Misplays system at Baseball Info Solutions tracks all mistakes in the field, beyond your typical fielding or throwing errors. Defensive Misplays range from dropping flyballs to taking poor routes to missing the cutoff man. A Defensive Misplay must have a cost to the defense — either the loss of a base, an out, or the opportunity to make an out.

What if we look at net Defensive Misplays? Let’s look at opponent misplays minus team misplays (so a higher number is favorable).

The correlation is stronger here (R-squared = 0.40). Over the course of the season, it generally helps to have your opponents making more defensive mistakes than you do.

But what about in individual games? Here’s how teams fared over the last three seasons when making different amounts of Defensive Misplays in a game:

Of course there are many variables that decide a baseball game, but when teams didn’t make a Defensive Misplay, they won almost 63 percent of the time. And as teams made more and more misplays, they won less and less.

And here are the net Defensive Misplays, again presented as opponent misplays minus team misplays. These are the winning percentages on the favorable side of it — when your opponent makes more mistakes than you do:

When two teams had the same amount of Defensive Misplays in a game, they went exactly .500. But as the balance of misplays tipped in one team’s direction, the team’s winning percentage went up and up.

Needless to say, it pays to limit your mistakes — and helps to have your opponent making mistakes, too. 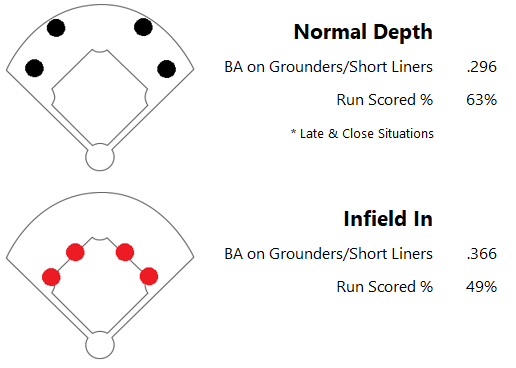 The Effectiveness of “Infield In” Defense

The No. 1s get their 2nd start 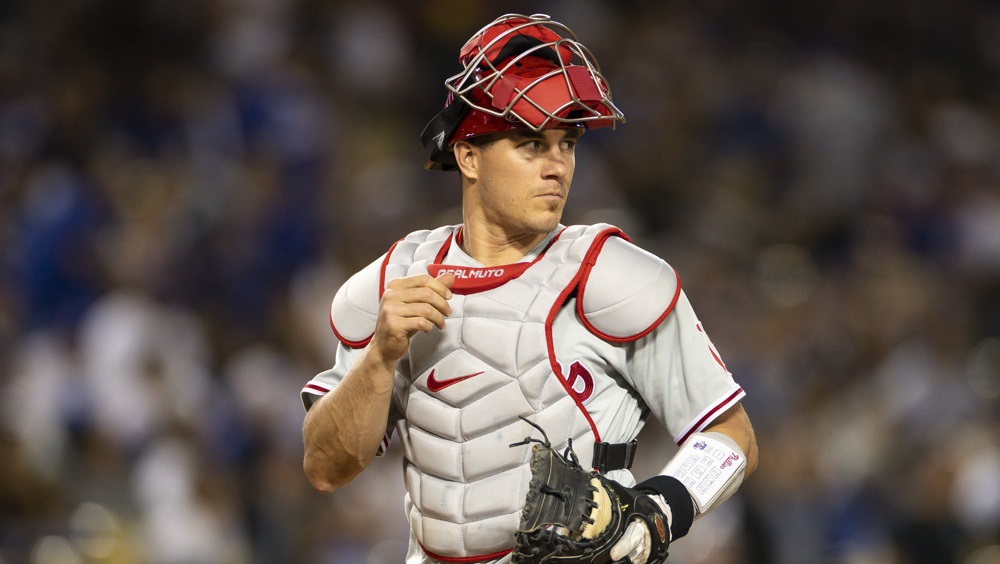 The Phillies Defense Isn’t All Bad