At Sports Info Solutions, our Video Scouts chart FBS and NFL football games 40 hours a week. They chart every play of every game in extraordinary detail, becoming experts in teams’ tendencies and concepts. So, who better to ask about what to watch for in this week’s upcoming NFL games? This season we will be providing weekly NFL previews of key matchups with insight straight from our Video Scouts and stats from the SIS DataHub Pro.

The Eagles have not beaten the Seahawks in Philadelphia since 1989. It gets worse from there. It sounds very unlikely that Eagles starting right tackle Lane Johnson will be cleared from concussion protocol in time for this Sunday’s game. Since Carson Wentz became the starting QB, the Eagles are 3-9 in games played without Johnson. First round rookie Andre Dillard (a natural left tackle) has been taking first team reps at right tackle. Look for the Seahawks to line up Jadeveon Clowney on the offense’s right side (where he has been most productive this season) against Dillard early and often.

Jadeveon Clowney’s Pressure% by Side

The Saints offense played as well against Tampa Bay as it has at any point this year with Drew Brees running it. But it’s time for a second wide receiver to step up. Tre’Quan Smith showed lots of promise as a rookie but has had a disappointing sophomore campaign, due largely to battling a series of injuries. Ted Ginn Jr. is back to dropping more passes than he catches. And there really isn’t a natural fourth receiver to speak of. Can TE Jared Cook potentially make a second wide receiver superfluous against Panthers LB Luke Kuechly, who excels in coverage?

The Giants go on the road to face the Bears, where there is still uncertainty over who they will be facing at quarterback. Mitch Trubisky may want to tough it out though, as the Giants secondary is as good as it gets these days in terms of boosting the confidence of opposing quarterbacks. While the Bears’ running game is not very strong either, it will be interesting to see how the Giants choose their defensive personnel in what is looking to be a low-scoring affair.

The Giants corners have been struggling in 2019

After getting the offense back on track against the Dolphins last week, the Bills move on to play a much more competent defense in the Broncos this week. With Ty Nsekhe getting injured, the Bills will be forced to play Cody Ford full time at right tackle. Watch to see how Ford responds to the speed rush moves from Von Miller. This will be a real eye opener for a rookie that hasn’t seen many dominant pass rushers line up across from him to this point in his career. Expect this to be a low scoring game, but if Ford can hold his own, look for Josh Allen to continue his success after coming off AFC Offensive Player of the Week honors.

Going up against the Dallas Cowboys, who will be without star linebacker Leighton Vander Esch, look for the Patriots offense to get back to what they do best with screens, checkdowns, and interior crossing routes. Look for James White to have a big game, even if he has been relatively quiet in recent weeks. The Patriots will look to get White in good matchups against Vander Esch’s replacement to get him out in space and open in short yardage situations

Going into Week 11, five teams in the NFC have eight or more wins. With only six playoff spots available, the last stretch of the regular season will be affected heavily by this SNF matchup. Look for the Packers to try to mimic the Seahawks and Cardinals ability to stop the 49ers prolific run game in order to put the game into Jimmy Garoppolo’s hands. Although Garoppolo has proven he is capable of winning a game on his own, the Packer’s defense should prove to be a tougher test, especially after coming off a bye week. 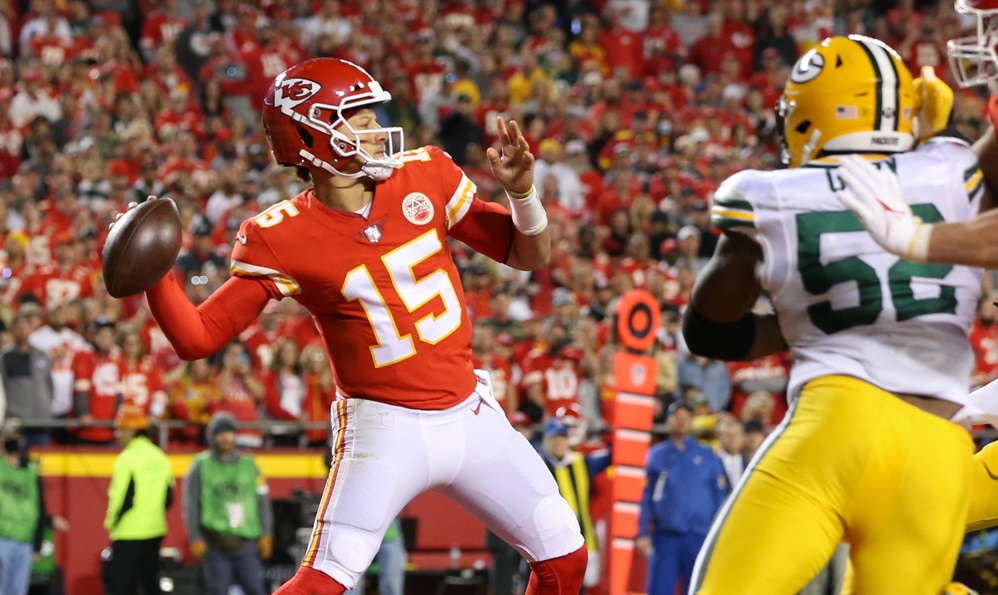