Which receiving prospects can handle the pressure of catching and scoring from in close?

Red zone receivers can get a reputation as jump-ball specialists. They go up, win 50-50 balls, and score touchdowns. It is essential that the QB trusts the receiver, allowing the QB to throw the ball up and believe his teammate will come down with it. Tee Higgins has the size and skill of a  50-50 ball specialist, but does that make him a top red zone threat in this year’s draft class?

This article will look to answer that question, as well as shed light on other red zone threat prospects.

For our purposes, we’re referring to targets within the red zone (Opposing 20 to goal line).

All prospects found in the leaderboards below are found in The 2020 SIS Rookie Handbook, unless otherwise stated.

These receivers are targeted the most in the red zone. Their QBs looked for them in these crucial situations and rely on them to score when the team needs it most.

Even though we don’t associate slot receivers with red zone targets, these receivers are getting targets all over the field. James Proche leads in red zone targets with 35, receiving 21% of those targets near the end zone. Another surprise on this list is Justin Jefferson, another receiver that primarily played slot during 2019. Jefferson also led his team in targets with 134, second in FBS only to Proche.

We should note that Tyler Johnson had the highest red zone target share in FBS (meaning the highest percentage of targets on his team) at 52%, followed by Gabriel Davis (42%),  Proche (39%), and Bayless (38%)

Getting red zone targets is one thing, turning them into receptions is another. Below shows a leaderboard of the wide receiver prospects that caught the highest percentage of their red zone targets.

Isaiah Hodgins of Oregon State caught 92% of his red zone looks. His QB targeted him a total of 13 times, catching 12 of those and turning 9 of them into touchdowns. A close second is slot receiver K.J. Hill from Ohio State. He saw 12 targets, catching 11 of them in the process. Justin Jefferson (17 receptions on 20 targets) also makes this list. He was used on a consistent basis and was effective when targeted.

Targets and completion percentages don’t matter if the player is not able to score. The whole point of a red zone target is to find paydirt. The following prospects scored touchdowns on the highest percentage of  their red zone targets:

Tee Higgins tops the list with 75% of his red zone targets turning into a touchdown. While he only saw eight targets, Higgins was very efficient in turning them into six touchdowns.

A quarterback’s Passer Rating can help put performance into a concrete number. This number can vary depending on the receiver that is targeted, and the depth of the target. Similarly, we can define Receiver Rating as the Passer Rating earned when any particular receiver is targeted. The table below shows which prospects return the highest Receiver Rating when targeted in the red zone:

This list shares a lot of names with the previous list, which is unsurprising given the efficiency of these receivers when seeing a target in the red zone. Another list, another showing from Jefferson, who was a weapon for LSU when targeted within 20 yards of the goal line.

Red zone threats are hard to come by. They are reliable receivers that help their team score whenever near the goal line. Jefferson is the only receiver to make it onto every single leaderboard found in this article, making him one of the best weapons in the red zone found in this draft. 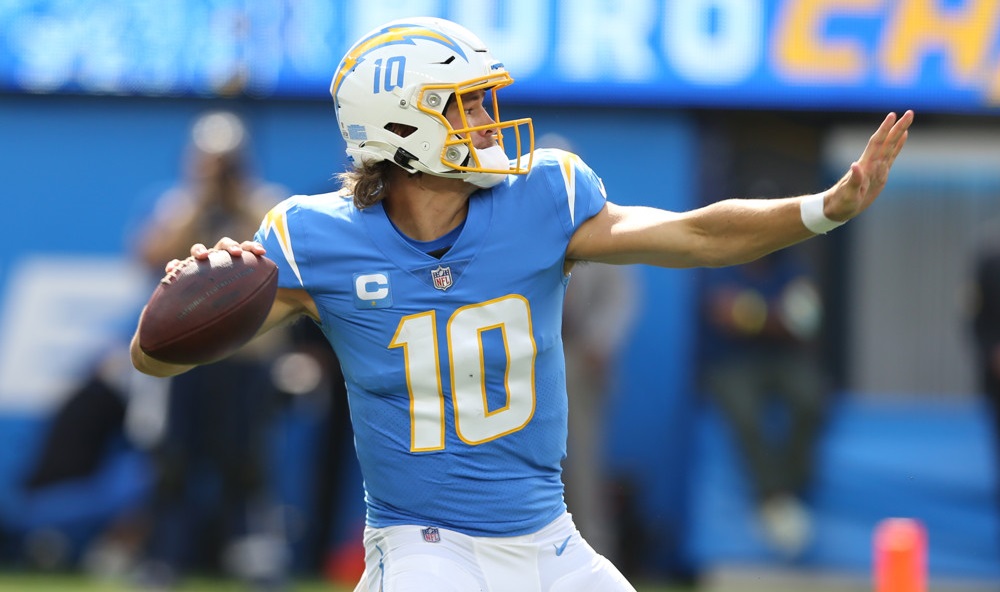