Mariners putting their fielders in the right place

Our positioning stats allow us to look at who is giving their fielders the best chance to make plays.

By MARK SIMON
This past winter, we made some prominent changes to the way we calculate Defensive Runs Saved for infielders.

We created a system that allows us to separate the different aspects of defense – providing a way that we could see how much of a play was due to a fielder’s range or throwing.

We also shifted responsibility for positioning from the player to the team and produced a calculation for how effectively or ineffectively a fielder was positioned on a play.

Out Rate B is the chance that a play will be made given information about the batted ball’s trajectory, location and velocity, the batter’s speed, and the initial positioning of the fielders relative to the ball in play.

Out Rate A is the chance that the play is made with all the information in B EXCEPT where the fielders were positioned.

This allows us to determine the value of positioning and to take a look at some things that we couldn’t previously.

Let’s focus on one of them and answer the question: Which team has gotten the most value from its infield positioning this year?

The answer is the Mariners. They’ve recorded 10 Positioning Runs Saved, 7 from shifting and 3 from infield positioning when not using a shift.

What does this mean? It means that Seattle’s combination of frequency (times it induced a ground ball or short line drive) and effectiveness (times the Mariners put an infielder in the proper spot) has produced a highly-positive result.

Let’s pinpoint this with a few examples:

In this play from August 30, Albert Pujols hits a ground ball to the left of second base. Based on where the ball was hit, how hard it was hit, what type of batted ball it was, and how fast Pujols is, the Mariners have a 35% probability of recording an out, without factoring in where anyone is positioned.

However, with the Mariners using a defensive shift, second baseman Dee Gordon barely has to move to field this ball, which becomes a rather routine play for him. As a result, there is .65 plays saved worth of credit to divvy up between the fielder and his team (1 minus the probability of recording an out). Gordon receives a smidge of credit for fielding the ball and another smidge for the throw (.05 plays saved in total). But the bulk of the credit (.65 plays saved) goes to the team for its positioning of Gordon and his teammates.

Those numbers are subsequently converted into run values, the sum of which produces a team’s and player’s Runs Saved total.

The team receives a similar amount of credit (.44 plays saved) on this play, one in which first baseman Evan White is guarding the line versus Danny Santana on August 23. The Mariners have only a 36 chance of recording an out here, but again positioning played a key role. White gets .16 plays saved for the execution of the play. The Mariners as a team get .41 plays saved for positioning him in a spot conducive to recording an out.

A team can receive credit for good positioning even if the player doesn’t make the play. In this play from July 31, White is playing way off the bag and in the right spot but can’t handle the ground ball hit by Stephen Piscotty of the Athletics. The Mariners received a .48 positioning credit for putting White in good position to make the play. In that position, White had a very good chance to make that play and lost .95 plays saved for his inability to field the ball

A team can be penalized for poor positioning, something that usually happens when a hitter hits a ground ball to the opposite field. The example shown is one in which the Mariners lost .74 plays saved on this ball hit by Nick Ahmed on Saturday. No fielders received a penalty for it because their positioning made the ball unreachable.

And a team can be penalized for poor positioning, but still make a play. J.P. Crawford was not ideally situated to handle this hard ground ball from Rob Refsnyder on August 12, but he showed great range in getting to the ball and then completing the force play. The Mariners were penalized .38 plays for their positioning of Crawford, but Crawford was rewarded with .85 plays saved for getting the out.

In sum though, the Mariners have done much more good than harm when it comes to infield positioning in 2020. In 2019, they finished with -6 Infield Positioning Runs Saved, so whatever has been done to improve upon that seems to have been effective, albeit in the small sample of a shortened season.

Stat of the Week: MLB’s Best Players Are Entrenched 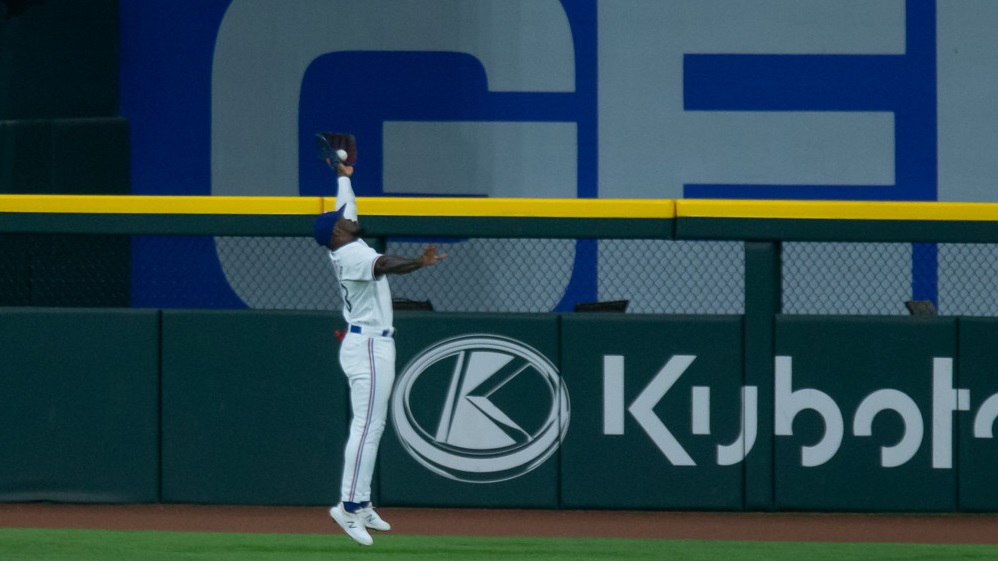