Robbie Grossman, Wil Myers, and Byron Buxton are among those covered.

Earlier this year, I published a study into a new offensive statistic that I completed during my time at Baseball Info Solutions. The stat was called Offensive Expected Value, and, as I mention in the original post describing it, is meant to measure a player’s offensive output based on both hit types and out types.

I have since made slight adjustments to the weights and looked at how players were performing. With this strange regular season almost complete, I wanted to look into a few players from contending teams that fall into one of two categories:

*All stats are through September 22nd, all team leaders referenced are with a minimum of 100 Plate Appearances.

Robbie Grossman has been a platoon/ backup outfielder for much of his pro career, which has spanned 12 years, and five organizations. All three teams he’s had Major League playing time with made the postseason at least once, but Grossman was never a star. In his second year in Oakland, he entered 2020 as the fourth outfielder, not in their opening day lineup. Since then, Grossman has gotten the start in 40 of the AL West-leaders’, first 54 games in left field. Grossman is second in OEV with the A’s at, .857 behind Matt Chapman, at .887, who is out for the rest of the season with an injury.

Grossman, slashing .231/.347/.435, has career highs in Statcast’s average Exit Velocity (89.5 mph) and their hard hit rate (36%) which tell the tale of his breakout. Grossman is behind once-top catching prospect Sean Murphy in wOBA but Grossman has a higher rate of plate appearances ending with an extra base hit (11% to 7%) and hits more fly outs (18% to 13%).

When the expanded playoff roster format was announced, some people looked at the Blue Jays to pounce on one of those three extra American League playoff spots. Most, if not all, would have assumed that if the 2020 Blue Jays would make the playoffs, they’d be carried on the offensive side by their core of three second-generation stars, Vladimir Guerrero Jr., Bo Bichette, and Cavan Biggio.

However, Teoscar Hernandez currently leads the Blue Jays with a 1.027 OEV, 13 points higher than Bichette’s. Hernandez has been near or above average his entire career but has found a new level in this short season, slashing .303/.349/.617. He’s third in MLB home run rate at 9%, the most crucial ingredient in his 1.057 OEV, which is good for sixth overall.

In the beginning of the 2020 season, Mike Yastrzemski was getting all the attention for his torrid start with the Giants, and deservedly so. However, in the middle 20 games of the season, Brandon Belt’s OPS was almost 500 points higher than Little Yaz’, at 1.463 to .929. Belt also had a ten-day stretch where he raised his OPS by 600 points.

Belt sits at a .983 OEV, with Yastrzemski at .947. In the first five years I have tracked of OEV, Belt’s park & league adjusted OEV+ has continually decreased, from 115, to 112, to two seasons of 108, down to 102 in 2019. Perhaps consistent years of still being above-average shouldn’t make Belt’s spike too much of a surprise.

As an aside, Austin Slater, a four-corner player whose been a beneficiary of the DH, has only 86 plate appearances, but his OEV is at 1.003. Few people expected the Giants to make the expanded playoffs in 2020, but with San Francisco having a chance to make it, there’s still a chance for a little more even-year magic.

The San Diego Padres will go into the playoffs as perhaps the most exciting team in the field of 16. While most of the Padres’ attention goes to their left-side of the infield in Manny Machado and Fernando Tatis Jr., as well as super-utility man Jake Cronenworth, none of those three lead the Padres in OEV. Wil Myers, the longest-tenured Padre, was traded to the Padres in the 2014-2015 offseason, the first time A.J. Preller went for it, does.

It’s been a bizarre ride for Myers. It’s one thing to have a player show off their versatility year-in and year-out by playing several positions. But Myers, who was a catcher in the minors, has been with the Padres’ for six seasons, his most frequently played position has been five different ones throughout them. In 2020, Myers is finally back in right field, the position he won the 2013 AL Rookie of the Year Award with the Rays.

Myers sits at a 1.039 OEV, ahead of Tatis, Machado, and Cronenworth, all over .930, and Eric Hosmer, who it’s easy to forget had a one-year reign as the Padres’ highest-paid player. The Padres’ wOBA leaderboard sits in the same order from first to fourth. While Myers’ plate appearances end in more “sole outs” (strikeouts, pop outs, lineouts) than Tatis’ (28% to 26%) he’s made up for it with more fly outs (17% to 15%). And Myers ranks seventh among batting-title qualifiers in hard-hit rate.

It’s fitting that, in a year where they’re headed to the playoffs for the first time in 14 years, that the Padres’ most valuable hitter has been not their cornerstone, or highest-paid player, but the one whose been there the longest.

One of the most hyped prospects of the last decade, Byron Buxton is viewed as someone who struggled to live up to what was incredibly enormous potential. If you consider garnering MVP votes a “breakout” season, Buxton has already had a breakout year in 2017, but that was attributed to Gold Glove-winning defense in center field and stealing 29 bases, while only being caught once.

Now, Buxton, still just 26, is finally showing what he can do with the bat. Buxton is second on the Twins with a 1.006 OEV. When I began writing this piece, just eight days ago, he’s raised it by 106 points, thanks to a hot week where he went 8-for-19. In that time, he also shot up from fourth to second on the team in wOBA, leapfrogging Miguel Sano and Eddie Rosario, while sitting just behind Nelson Cruz.

In 2020, Buxton has a higher home run rate than Sano, a former Home Run Derby participant, at 10% to 7%, and his outfield out rate almost doubles Sano’s, and his rate of extra-base hits per plate appearance is better than Rosario (13% to 8%). Buxton having only one stolen base this season is the one thing holding him back from showcasing all five tools this season, as he’s at 10 Defensive Runs Saved to go along with his finally excellent offense and extra-base power. 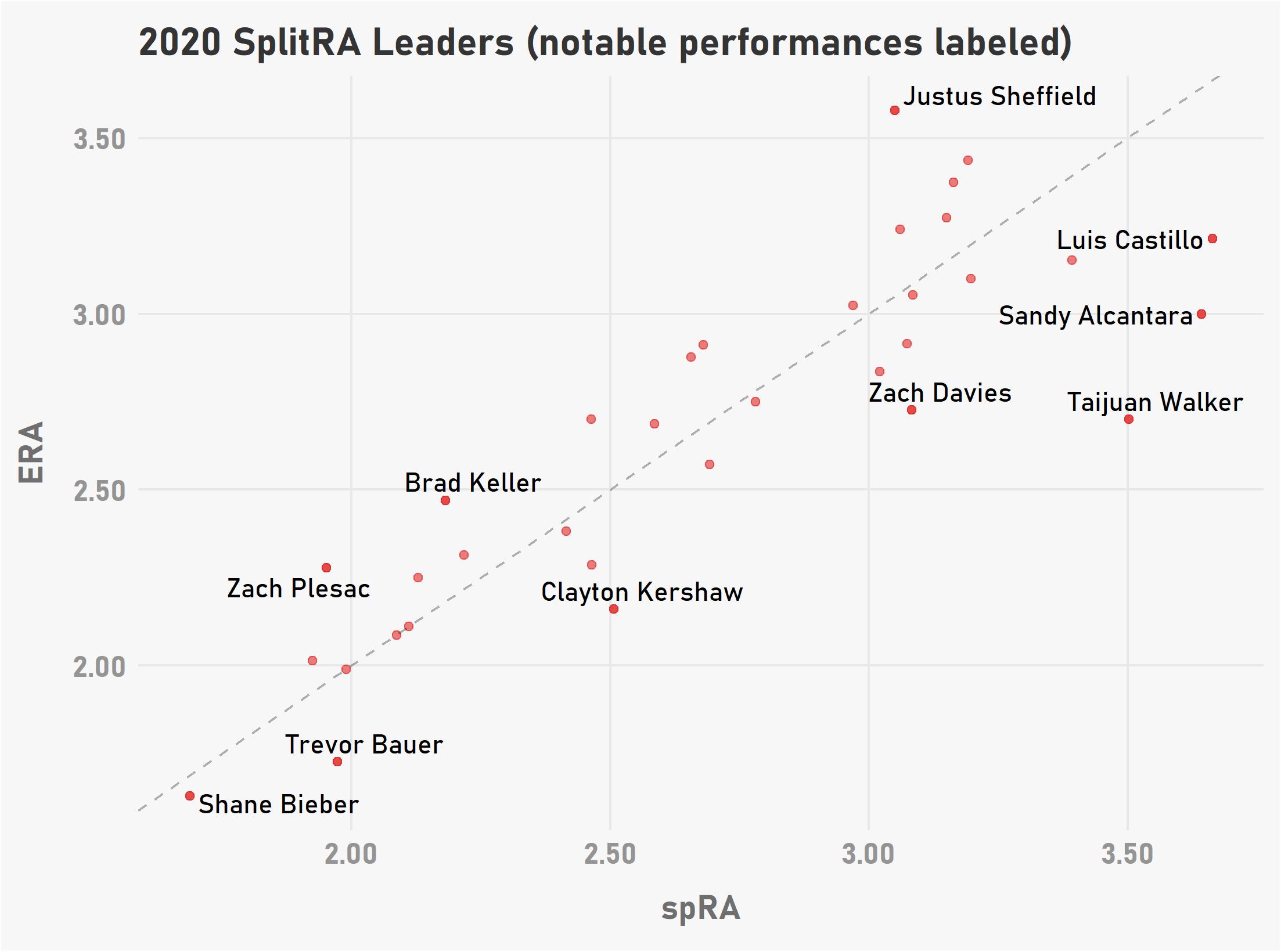