His control will likely determine if he can reach his potential of being a frontline starter.

Cusick is one of the most interesting arms in the 2021 draft class. He has electric stuff and has been dominant at times, but his control is a big problem. His ceiling is extremely high because of his exploding fastball (90-101MPH) and sharp breaking ball (72-85 MPH) but he also has the potential to struggle due to the control issues.

Cusick has been moved up and down draft boards all season because he will need some work, but has the raw tools to be an elite pitcher at the next level. Right now he profiles better as a reliever than a starter, since he only has two legitimate pitches, but he has been trying to develop a third pitch in a changeup (87-93 MPH). Cusick has swing-and-miss ability with both his fastball and curveball, striking out 108 batters in 70 innings. On the flip side, he has also walked 32 batters and has thrown 7 wild pitches in those 70 innings, which highlights his control issues. His 2021 stats are not great, but when you watch Cusick you see the elite potential right away. His best stat is 13.9 K per 9, which ranked ninth in the nation.

Cusick is an imposing figure on the mound at 6 feet 6 inches and a solid athletic body.  His release is from a high ¾ slot and everything he throws comes downhill. His motion is simple but tends to be inconsistent, which plays into the control issues.

Once he gets into his motion he holds his hands around his stomach and has a small glove tap as his leg comes up. His right arm drops back fairly slowly, with good extension, and then explodes as he starts to throw the pitch. He comes at the batters with a slight crossfire but the plant foot can get lost at times. Cusick leans back slightly when he plants his foot and this can cause him to fly open too early.

Cusick’s fastball is by far his best pitch and his favorite pitch (we estimate about 70% usage). The ball explodes out of his hand with rise and tail to it, topping out at 101 MPH. Cusick already has the ability to get good spin on the ball. Per FanGraphs, his 2,400 RPM average spin on the fastball is higher than the MLB average of 2,350 rpm. When used in the top of the zone it can be nearly impossible to hit. At best, batters, foul it back because the great rise on Cusick’s fastball coupled with its location at the top of the zone makes it hard to get on top of the pitch.

While Cusick’s fastball is his best pitch, his curveball can be his key to climbing up the ranks to the MLB.

At Wake Forest this season Cusick was trying to throw the fastball low in the zone but would frequently miss up and the ball would end up belt high to the batter. This is when Cusick would get hurt and pitches would get hit hard off of him. When he committed to pitching up in the zone he was able to overpower more hitters and miss more bats. If he keeps doing that consistently, he should be able to have more success.

While Cusick’s fastball is his best pitch, his curveball can be his key to climbing up the ranks to the MLB. It is a big breaking ball with sharp downward movement and it tunnels well with his fastball before it falls off the table. At its best it has 12-6 movement, but he can also make it slurvy. He isn’t afraid to throw the pitch in any count, and has the ability to throw it for a strike to start an at-bat or can bounce it and get missed swings to end an at-bat.

The reason for the 55 current value on this pitch is because of Cusick’s inability to throw a consistent breaking ball every time. He can get wild and leave the breaking ball up in the zone or it can lack spin and not break as sharply. A lot of times when he misses, he misses up and to his arm side, which is most likely due to his motion and flying open too early.

There were times during 2021 where he did not have his breaking ball at all, which meant hitters could sit fastball and do damage on that pitch. It will be important for him to make this pitch consistent because when it’s on, it’s one of the better breaking balls in the draft and it plays off his fastball very well.

The spin rate on his curveball is below the MLB average but has room to grow. Whichever team drafts him should be able to help him spin it and control it even better.

Cusick did not throw his changeup very often this season (only a couple per game) and when he did throw it, it wasn’t great. It doesn’t have much vertical drop to it but it has a lot of horizontal run. It definitely needs work to become a pitch he can use going forward, even if he can’t get it to have great vertical drop.

Having a pitch that moves horizontally and at a different speed to play off of his two main pitches will be important to keep hitters off balance.

The biggest thing for Cusick will be improving his control. His 4.1 BB/9 will obviously need to be lowered to succeed at the next level. When he misses he misses big, the pitches end up far out of the zone or on the other side of the plate from the catcher’s glove. He had one start this season with no walks but gave up 6 runs and 4 home runs in 6 1/3 innings pitched. Instead of missing out of the zone he was missing badly in the zone leaving a lot of pitches in the middle of the plate.

His pitches are so good that he does not need to spot everything perfectly. He just needs to be in the right quadrant of the zone. He had six games this season with at least 10 strikeouts, including 2 games with 12 strikeouts against two good offenses in Notre Dame and Florida State. Even when Cusick gives up walks or home runs he is never shaken and battles through these starts. He’s shown resiliency on the mound and always focuses on the next pitch and the next batter. He had only one start shorter than 5 innings all season.

Cusick has certainly shown he has the tools to be an elite level pitcher in the MLB. He will need some work but could end up being a top-of-the-rotation starter if he develops a third pitch. Tyler Glasnow is the pitcher Cusick should be looking to emulate his game after. Glasnow was good with his fastball-curveball combination but once he added his slider he became one of the best pitchers in baseball (pre-injury).

If Cusick can’t figure out a 3rd pitch, his fastball and curveball combination is still good enough for him to become an important bullpen piece. As long as his command improves in the minors, Cusick will be in the majors in no time. The mental toughness shown throughout an up and down 2021 season is a great sign that while facing adversity Cusick can still be successful.

Frontline starter that will have high strikeout numbers, All-Star potential in a best-case scenario.

Draft Expectation: Middle of 1st round 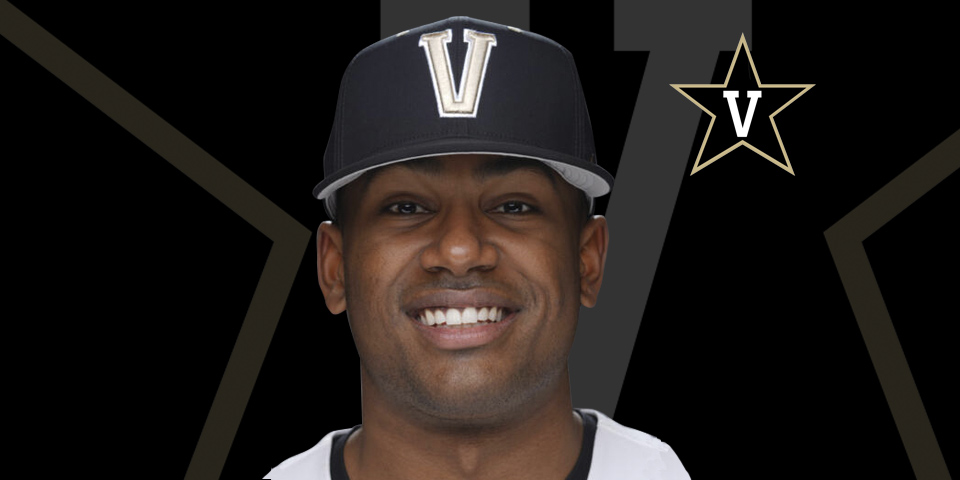 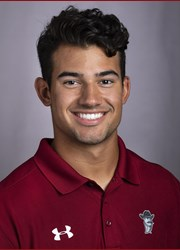