This is a pitcher for whom our writer thinks the ceiling is John Smoltz.

Kumar Rocker is one of the most prominent college baseball players in recent memory.. A highly ranked high school prospect out of Georgia, he turned down considerable money to attend Vanderbilt. The decision led to a dominant collegiate career for a pitcher who became a household name. With a plus fastball and wipeout slider to go with above average control. Rocker has the chance to be a special draft pick for a team.

Rocker stepped on campus in Nashville and immediately became a weekend starter for the Commodores, throwing 99 ⅔  innings during his freshman season with an impressive 12-5 record and 3.25 ERA. Rocker’s powerful fastball and slider combo allowed him to put up eye-popping numbers with 114 Ks to 21 BBs. The slider became a force and a true weapon for Rocker down the stretch of the 2019 season. This was highlighted by a 19 strikeout no-hitter vs Duke in a Super Regional where he struck out all 19 batters with his filthy slider. Rocker backed up the 2019 performance during the 2020 shortened season with a 1.80 ERA in 15 innings, compiling 28 strikeouts and 8 walks. The  stuff shown by Rocker in his first two seasons in Nashville made him the consensus No. 1 pick in this draft before the season started.

At the beginning of the 2021 season, Rocker continued to star, not allowing an earned run until his fifth start of the season, which was his first conference start against South Carolina on March 19. Rocker surrendered 2 earned runs and walked 2 batters but struck out 14 in 8 innings.  He then experienced a velocity dip from the usual 93-96 mph fastball with an 88-92 mph fastball against Missouri in his next start. He still overwhelmed hitters at the lower velo and produced a solid start of 6 innings, 2 runs, and 5 strikeouts. Ultimately, Rocker got his fastball back to its normal velocity two starts later. While he struggled and gave up 6 runs to Georgia on April 8 and Alabama on May 7, Rocker overall had great numbers in 2021. With a 14-4 record and 2.73 ERA Rocker threw 122 innings, with  179 strikeouts and 39 walks. The question marks surrounded Rocker in terms of his No. 1 overall pick status, but he proved himself as a top pitcher in the draft still as Vandy usually won when he took the ball.

Rocker is built like a tight end playing baseball. The 6’5 245 lb. righty is an intimidating force on the mound. Rocker’s fastball sits at 92-95 and has touched 98 mph this season. Rocker has experienced dips in his velocity this season and velocity fluctuation throughout his starts. This has made Rocker’s fastball even at a low to mid 90s velocity look average at times. When at its best, his four-seam has explosiveness out of his hand and blows by hitters at the top of the zone. Rocker can lose command of his fastball, losing his release point in his long delivery. When dialed in, Rocker can spot the baseball in all 4 quadrants, showing great control and throwing consistent strikes. The issue for Rocker is maintaining command of his fastball and not leaving it in the middle of the plate. He’s also had starts where he’s been wild, walking 5 batters against Alabama in a 5-inning start.  Rocker has a fastball that still flashes ‘plus’ potential in pro ball and with a secondary offering like his slider. He just needs more consistent command of the pitch going forward.

The slider is Rocker’s shiny jewel covered in dirt as he buries the pitch for swinging strikes constantly.  His slider is truly an amazing pitch, working at usually 81-86 mph it’s devastating for college hitters to face. It’s one of the best breaking balls in college baseball history and is unhittable when Rocker is on.

With gyro spin, Rocker creates a true vertical drop on the pitch.  The baseball doesn’t just “fall off the table,” it dive- bombs and explodes towards the ground with very late action to it. Rocker uses the tunneling of his fastball and slider to baffle hitters and the pitch has been so dominant and nasty because it looks like his fastball until at the last split second when it disappears.

What makes the pitch even more special is how Rocker can manipulate its speed and break; depending on the count he can throw a slower slider for a strike in the zone and then amp it up to get a swing and miss out of the zone as a putaway pitch.

The next step for Rocker is to have consistent command and feel of the pitch throughout his entire start. The ability to spot the fastball and then work the slider right in that exact tunnel, especially down in the zone, will make Rocker’s slider even better. It’s a true plus plus pitch and could get swings and misses in the majors right now.

Rocker’s changeup gives him a potential above average third offering. The development of this offspeed pitch will go a long way in whether Rocker reaches his potential as a frontline starter or if he becomes a dominant reliever with a fastball and slider repertoire.

Rocker has started to throw his mid 80s changeup more this season, trying to show off his full arsenal of pitches to scouts. Rocker is comfortable throwing the pitch and works it mainly down and away from LHBs. In Rocker’s last start of the season against Mississippi State in the National Championship game, he didn’t have his best stuff that night. He went to the changeup in a few key moments early in the game and got some roll-over ground balls.

With the Bulldogs laying off his great slider, Rocker had to find other ways to get hitters out with spotty fastball command that day. Rocker has good movement and fade on his changeup though and has a decent feel for the pitch. While it can get firm at times, It’s a pitch that should become average or above average and allow Rocker to progress as a starter in professional baseball.

Rocker added a cutter this season that has also become a more reliable and consistent offering for him over the course of the season. It has more horizontal break than his slider and works from 86-91 mph. When he throws it well it’s a great pitch to keep hitters off of his slider and fastball. He gets lots of weak contact on the pitch and isn’t afraid to throw it to both sides of the plate. Rocker has proven he can backdoor the pitch to LHBs, catching the outside part of the plate as it starts on the edge of the right handed batter’s box.  His confidence has grown in the pitch and he now throws it early in games.

On his error in the 1st inning of the Championship Game, Rocker got a weak comebacker on a Cutter at 86 mph thrown away from a RHB. This pitch has plus potential and plays up when it’s in the same tunnel as his fastball and slider. This gives Rocker a solid 4-pitch mix with above-average control.

Lastly, Rocker’s delivery and big game mentality are what scouts look for.  The ceiling I have for Rocker is high, really high, but at his best Rocker reminds me of John Smoltz.

The delivery for Rocker is fluid and he has great tempo as he brings his hands over his head just as Smoltz. He then has a nice belt-high leg kick and slightly extended leg before he strides down the mound with good extension towards the plate. Rocker’s delivery is repeatable and he gets to a great position right before the foot strike. He loses his high ¾ release point at times but it’s something he can definitely clean up in the future once he’s in pro ball.

Where I think  Rocker separates himself from a lot of other pitchers in this draft class and why I gave him the bump to a 65 future value is his big game performance and mentality. He wants the baseball in the biggest games. He dominated early and often in the NCAA tournament. In the three elimination games before his last college start against Mississippi State, Rocker was 3-0 with a 0.84 ERA and 41 strikeouts in 21 1/3 innings. While he didn’t perform his best in his last start he walked off the mound with his team still in the ball game. This is the type of pitcher MLB teams want with a top-10 pick and rarely ever get. In the biggest games Rocker shows up and he takes the ball with the mindset that his team is going to win. This is something Smoltz did a lot in big games throughout his career. He has the highest upside of any prospect in the draft and has all the tools to reach his full potential if he can put it all together.

While  it’s too much to predict Rocker as a future Hall of Famer, he will have an extremely high ceiling. He can be a very productive MLB pitcher. A team is going to get a powerful pitcher with pure stuff and a highly competitive attitude. Rocker was hyped when he stepped on the campus of Vanderbilt and he lived up to and surpassed the hype.  He has a solid 4-pitch mix and one of the best breaking pitches in the entire draft. Rocker is the type of pitcher a team will be glad they drafted on July 11 because they might be drafting the best pitcher in the draft.

A right-handed power pitcher with a plus fastball and nasty slider that gives him the chance to be a truly dominant frontline starter and future All-Star. 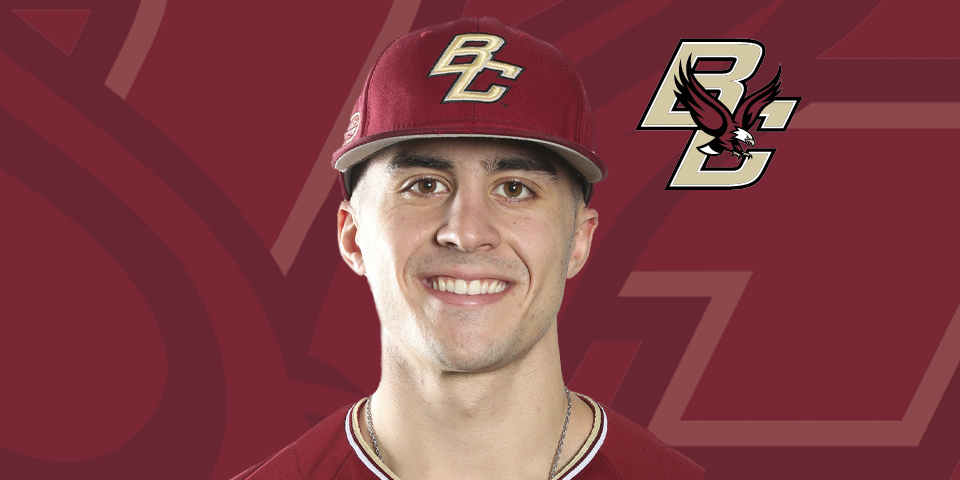 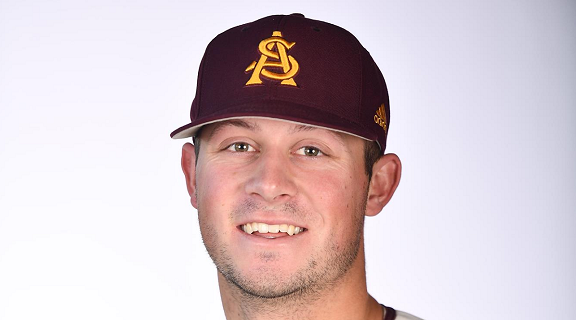