If you're not familiar with Keibert Ruiz, Michael Harris, and Aaron Ashby, you likely will be soon.

The Braves have a long line of excellent defensive center fielders, from Marquis Grissom and Andruw Jones to more recently with Ender Inciarte. There’s another pretty good one in the pipeline in Michael Harris.

Harris, a 20-year-old who was born in Dekalb, Georgia, not far from Atlanta, led all minor league center fielders with 14 Defensive Runs Saved this season for the Class-A Rome Braves.

“Defensively, I feel like I can cover a lot of ground, have pretty good instincts out there, a decent arm,” Harris said recently on the SIS Baseball Podcast. “I can typically read where a ball is going to land or how hard it’s hit. I know what spot to get to when the ball is hit.”

Harris should move up the prospect rankings heading into 2022. He had a .798 OPS, 58 points better than the High-A East league average and ranked tied for third in the league with 27 stolen bases in 31 attempts.

One of the top minor league prospects, catcher Keibert Ruiz, was traded from the Dodgers to the Nationals in the deal that sent Max Scherzer and Trea Turner to the Dodgers.

Ruiz, who has gotten a brief look in the majors in 2021, only helped his status in Triple-A this season. His 33% hard-hit rate (percentage of at-bats ending in a hard-hit ball) was the highest of anyone at that level.

Ruiz has been in Baseball America’s Top 100 preseason prospect rankings in each of the last four seasons. There will be high expectations for him in 2022.

If you’ve been paying attention to the Brewers recently, you might have noticed their usage of left-handed pitcher Aaron Ashby, who has a 2.77 ERA and 28 strikeouts in 26 innings in nine games.

After allowing seven runs in 2/3 of an inning in his MLB debut, Ashby has settled down. In his last three appearances, he’s pitched eight scoreless innings.

Ashby had a 4.41 ERA at Triple-A Nashville, but perhaps that number was a little deceiving. The 23-year-old had the lowest hard-hit rate in Triple-A at 9%.

Part of the reason for that – batters weren’t able to hit the ball at all. He had 100 strikeouts in 63 1/3 innings pitched. The SIS version of hard-hit rate uses at-bats as a denominator rather than batted balls, thus rewarding a high-strikeout pitcher like Ashby.

Ashby’s hard-hit rate so far in the majors is 16%, basically a match for closer Josh Hader. He’s worth keeping on your radar through the end of the season and into October. 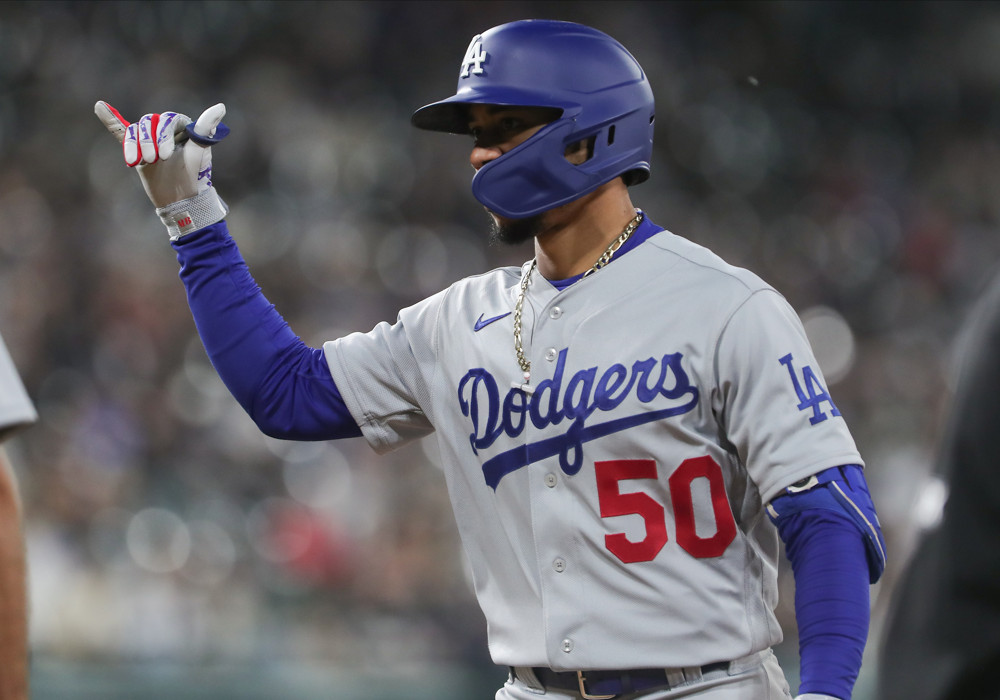