We're tired of the codified language. The numbers show Jackson is a complete QB

“The league will figure him out this year.”

That was how anonymous league personnel chose to besmirch NFL MVP Lamar Jackson in an ESPN story this past offseason. Of course, this sentiment was as toothless as the shadowy figures who made it, and what was already a disqualifying thought looks even worse with Jackson once again playing at an MVP level.

Jackson’s excellence is nothing new, and neither is the ugly reality that black quarterbacks are held to a higher standard than their white counterparts.

Codified language and dog whistling pervade discussions of Jackson’s game. The notion that he’s just a scrambler could be called a common misconception were it not for the fact that such a label is often deliberate and made in bad faith. Some even refer to Jackson as a ‘running back,’ which is football-illiterate at best and racist at worst.

If you don’t believe me, consider how differently Jackson’s 2018 classmate Josh Allen has been talked about. Some of the criticism that still dogs the former applied to the latter earlier in his career. Allen was regarded as an inaccurate gunslinger who struggled to read the field and play within structure.

In 2021, Allen and Jackson both rank in the top five in both designed QB runs and scrambles, but Allen is worse than Jackson in adjusted time to throw, turnover-worthy play rate, and virtually every accuracy metric.

And yet, so many were ready to accept that Allen was suddenly good after one (1) Pro Bowl season, despite struggling mightily at both the college and NFL levels until that point. Why, then, do some people continue to levy similar criticisms at a former Heisman winner and NFL MVP?

Regardless, it would be a disservice to Jackson to focus on one specific player comparison. Through six games, Jackson ranks 2nd among all players in Total Points, 6th in Passing Total Points (5th on a per-play basis), and 5th in Rushing Total Points (and that includes running backs). And while it’s important to note that he’s outdueling many of his peers, he’s also outdoing himself.

The Ravens signal-caller is performing even better than he did during his MVP season. His On-Target +/- rate is +3.4%, which ranks 7th in the league and is up more than a full percentage point from 2019 (+2.3%).

For those unfamiliar, that stat measures a quarterback’s accuracy taking into account the difficulty of the throw, including factors like distance, pressure, and coverage.

Jackson’s turnover-worthy throw rate has slightly increased from 2019 (1.7%) to 2021 (2.1%), and that’s meaningful because that’s a couple potential extra turnovers a season. But he’s still among the ten best in this metric despite having gotten more aggressive about throwing deep and attacking the middle of the field, two danger areas for quarterbacks. His league-leading average depth of target (9.9) is up more than a full yard over 2019, and 59% of his passes have hit in the middle of the field, compared to 56% in 2019. And in case you were wondering, he’s still top ten at protecting the football across all touches if we include fumbles.

He’s also operating with improved timing. While Jackson’s playstyle will never lend itself to a low adjusted time-to-throw stat, he’s getting the ball out 0.10 seconds faster than he did in 2020, the first year SIS began collecting snap to throw times. The average person rarely ever thinks about time in fractions of a second, but a split second is a long time in a game of inches While Jackson has never really struggled with seeing the field, this could be seen as a sign that he’s processing faster than he did before.

Of course, Jackson has never really had a problem playing from the pocket. He ranked 4th in 2019 in Passing Total Points / 60 Snaps from the pocket (13.7) and has continued that trend this year, ranking 5th (14.0).

So, regardless of what your perception of these baselines was coming into this season, there’s a lot of statistical evidence to support the idea that Jackson, at age 24, is still improving. Furthermore, he’s just generally been more efficient than he was during his MVP campaign. His Passing Total Points / 60 Snaps has improved from 13.1 in 2019 (which ranked 5th) to 15.3 this year (4th).

Of course, I would be remiss not to mention that he’s still arguably the most dynamic runner in the league. His broken + missed tackle rate of 33% comfortably leads the league by five percentage points, but I don’t want to harp too much on his running ability because Jackson is so much more than just a runner.

Jackson is one of the game’s brightest young stars and a legitimate dual-threat who is beating teams with his arm and his legs, both inside and outside of structure. He can hurt you from the pocket or on the move, and he’s a threat on designed runs and scrambles alike. Put simply: he’s damn hard to stop.

There. I just figured Lamar Jackson out. 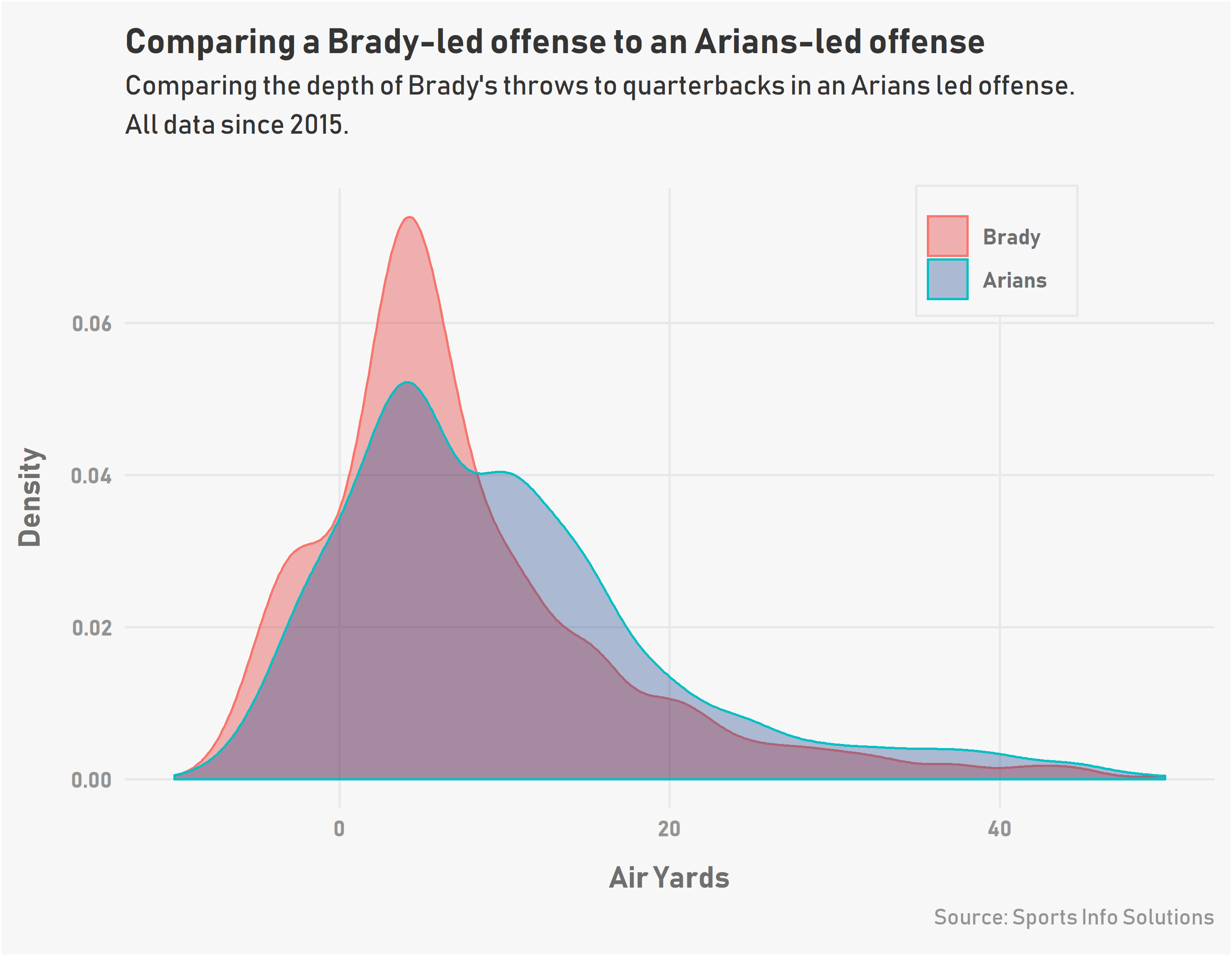