Stat of the Week: The Braves Won The Marathon

When we look back on the Braves, we'll remember the improvements made by Max Fried, Jorge Soler, Tyler Matzek, and their infield defense

On April 6, the Braves fell to 0-4 after a walk-off loss against the Washington Nationals.

“I don’t think anybody is too worried,” said pitcher Drew Smyly.

“Coming out of my hand, it didn’t feel like I was throwing pitches that were really sharp…” Fried told reporters after the game.

After one more start on July 10, in which he allowed three runs in five innings against the Marlins, Fried’s ERA was 4.71. That same day, Ronald Acuña Jr. suffered a season-ending torn ACL. The Braves lost the following day to go into the All-Star Break 44-45.

“It’s just another punch in the gut that we’ve got to endure,” said Braves manager Brian Snitker of Acuña’s injury.

Despite all the struggles, Braves GM Alex Anthopolous was highly active at the trade deadline because no team had pulled away in the NL East. He remade his outfield by adding Adam Duvall, Eddie Rosario, and Jorge Soler after trading for Joc Pederson a couple of weeks prior.

“The power is real…” Anthopolous said of Soler.

Today, the Braves are World Series champions. It’s a cliché that the season is a marathon and not a sprint (or even a middle-distance race). But it’s an appropriate one because their season was about getting better over time.

Through the end of May, the Braves ranked 15th in how often they turned groundballs and bunts into outs (74.7%). Around that time, they changed their defensive approach to utilize defensive shifts more often.

They converted 76.8% of groundballs and bunts into outs the rest of the season, the second-highest rate in MLB. Their postseason rate was a nearly identical 76.6%.

Max Fried got his sharpness back

Fried rediscovered the pitches that netted him a 2.25 ERA in 2020. He pitched to a 1.74 ERA in 14 starts after the All-Star Break. Opponents hit .354 against Fried’s four-seam fastball prior to the All-Star Break. They hit .187 against it afterwards.

Fried had much more success pitching at the top of the strike zone after the All-Star Break. Opponents hit .141 against high pitches (those in the upper-third of the zone or above) in those last 14 starts. They hit .239 in his first 14 starts.

The new outfield clicked and teamed with Freddie Freeman to make the lineup much more potent. Duvall drove in 45 runs in 55 regular-season games to finish with an NL-best 113. Rosario had 14 hits and hit .560 in the six-game NLCS to win MVP honors.

Soler rediscovered his hitting ability. His contact rate jumped from 70% with the Royals prior to the trade to nearly 77% with the Braves after it. He hit .300 with three home runs in the World Series, including a three-run shot in the clinching Game 6.

And we’d be remiss if we didn’t mention the great work of the Braves bullpen, though for one member the marathon was much longer than just this one season.

Tyler Matzek didn’t pitch in the majors from 2016 to 2019 while dealing with “the yips”–a struggle that left him unable to throw strikes consistently.

In 2021, his second season with the Braves, Matzek had 24 holds and no blown saves. He had five more holds (and three wins) in the postseason. In his last seven postseason appearances, he had 14 strikeouts and no walks.

Matzek’s slider was devastating. Opposing hitters were 4-for-49 in at-bats ending with his slider in the regular season, 1-for-19 in the postseason. He threw 5-of-6 for strikes in Game 6 of the World Series, netting three outs with it.

Matzek’s success was emblematic of the Braves in 2021. Keep playing and the good stuff will eventually come. It did–and today the Braves can call themselves baseball’s 2021 champions.

Stat of the week: Who are the best defensive free agents? 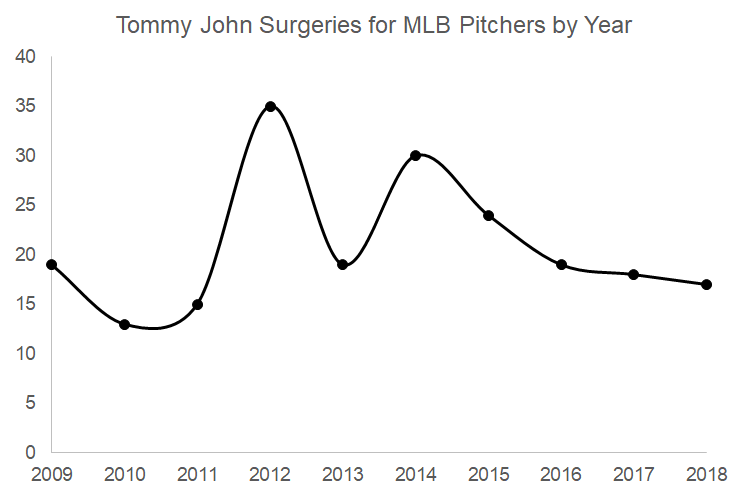