Stefon Diggs wasn't great last week but the numbers indicate that there's a better day ahead for him.

Happy Thanksgiving. Let’s see if we can use SISBets.com to make it an even happier one for you. Here are four prop possibilities from Thursday’s games.

Diggs is coming off one of his worst games of the season, catching four balls for just 23 yards in a blowout loss to Indianapolis. He’s struggled for much of this season, having produced seven or more receptions just four times in 10 games. By contrast, he reached that level 11 times over 16 games in 2020. Additionally, the Saints have allowed the fewest receptions to wide receivers in the NFL, just 79 through 10 games.

In 2020 Montgomery caught 54 balls for 438 yards over 15 games. He hasn’t been on the field much in 2021 due to injury, but he’s healthy now and with Andy Dalton under center, he’ll likely use Montgomery as his favorite check down option.

SIS analysis has the running back catching 2.2 balls for 23 yards, almost 36% above the 17 yards required for the over.

One of Swift’s best abilities is catching out of the backfield. He has 53 receptions for 420 yards and two scores this season. He’s caught 33-or-more yards in seven of 10 games.

Our analysis projects Swift seeing 6.6 targets with 4.8 receptions for 46.3 yards. The odds are -115, but he should crush the over total easily.

If you are looking for a long shot which pays well, we recommend Jones Jr. to score a touchdown. The oddsmakers have set the odds at +450, but our data shows that with starter Alvin Kamara set to be inactive and Mark Ingram not at 100% (knee issues),

Sports Info Solutions has been an innovator in the collection and analysis of sports data for almost two decades. SIS specializes in baseball and football data, using professional scouting practices to collect the most detailed and accurate information in both sports. Their data can be found in the majority of team front offices, and on websites such as FanGraphs and Football Outsiders. 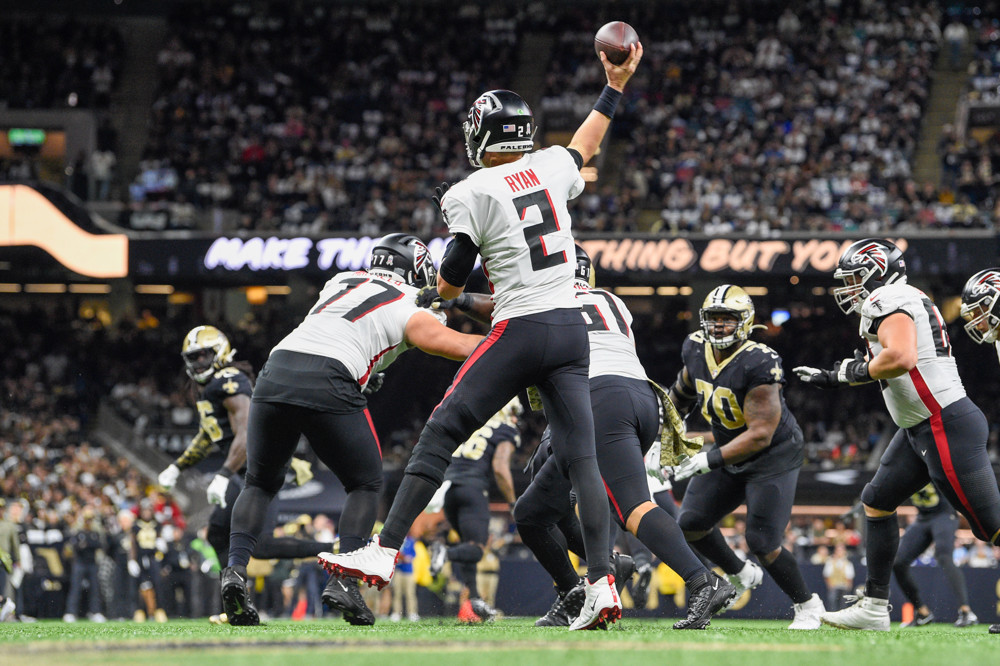