Ryan Tannehill, George Kittle, and Jimmy Garoppolo have potential options within what's on the board this week.

Admittedly, there aren’t a lot of great options among our prop possibilities this week. But here are three we found using SISBets.com. We had a rough week last week, missing on all four of our selections but hopefully these will get us headed in the right direction.

Tannehill has been without his two favorite receivers, A.J. Brown and Julio Jones for most of the second half of the season and it has shown in his passing totals. Brown hasn’t played since Week 11 and Jones has barely played since Week 9. Tannehill has cracked the 21-completion mark just twice in his last six games and one time was against a bad Houston Texans’ defense. The 49ers defense rushes the quarterback well and has been improving as they have gotten healthier.

Kittle is a top-three tight end and since returning to the lineup from an injury has been dominant. In the last three games he’s seen 33 targets and caught 28 for 425 yards and three scores.

SIS analysis expects him to see 9.4 targets and catch 6.8 for 83.7 yards against a Titans pass defense which ranks 20th in yards allowed.

Garoppolo doesn’t run much, but he has run for more than 1.5 yards in six of the past eight games. Our data projects he’ll run 2.4 times for 8.8 yards against Tennessee well above the two yards needed for the over.

Sports Info Solutions has been an innovator in the collection and analysis of sports data for almost two decades. SIS specializes in baseball, football, and basketball data, using professional scouting practices to collect the most detailed and accurate information in both sports. Their data can be found in the majority of team front offices, and on websites such as FanGraphs and Football Outsiders. 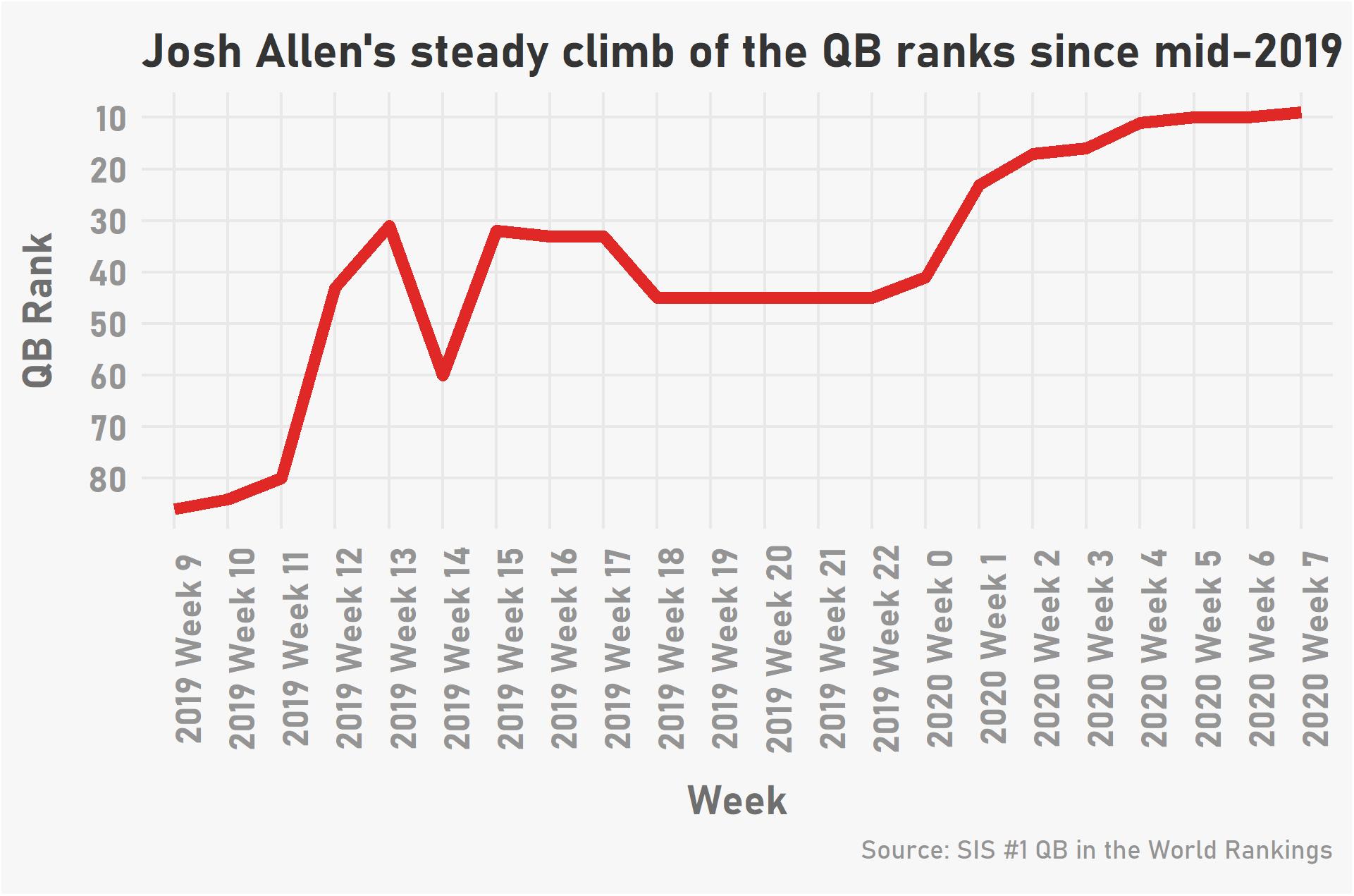 Zach Ertz: Hoping for a bounceback