A look at what makes Bieber - who pitches tomorrow - a fun pitcher to watch.

Remember when Kevin Pillar was hit in the face last year and he talked about how, in today’s game, velocity was more important than pitchability?

When you look around the league you realize Pillar is completely right. If you can throw 95 MPH or harder, you’ll get a chance to pitch. It doesn’t matter if you know where it’s going or not. The average fastball velocity in MLB continues to increase each year.

But Guardians pitcher Shane Bieber is breaking the trend of velocity over pitchability. Over the past 3 seasons Bieber’s average fastball velocity has dropped. There was a noticeable decrease once Bieber came back from a shoulder injury in 2021, and that injury could be playing a factor. When looking at his stats, he’s still an elite pitcher. His overall stats are not too different than past seasons, including his 2020 Cy Young season.

Bieber’s average fastball velocity dropped from 94 to 93 from 2020 to 2021 and then from 93 to 91 in 2022. With the lower-velocity fastball, his gameplan has completely changed, Bieber is throwing more SL than ever before. But his fastball is still his most important pitch because Bieber gets elite tunneling on his pitches and they all play off each other exceptionally well.

The slider and curveball stay on the same plane as the fastball, and then they completely drop. Both breaking balls have great depth, which makes it even harder for hitters to pick up. Bieber does a fantastic job of commanding all his pitches to play off this tunneling effect.

The Baseball Savant heat maps for his pitches are beautiful. He has a gameplan and executes it how he wants. He uses the fastball up to play off the big break of his slider and curveball. The best example of Bieber’s tunneling ability can be seen here, thanks to the Pitching Ninja. It makes him incredibly difficult to hit and Bieber’s intelligence on the mound is adding to the difficulty.

Bieber using a ball to set up a K looking. 🧠 pic.twitter.com/O9ApUQnNKS

If you look up "Pitch Tunneling" in the PitchingNinja dictionary, this would be it. 👇 pic.twitter.com/a3vydABHpS

With a lower average fastball velocity Bieber is pitching to more contact. His walk rate is down to 5.7% this season. The last season in which he had a lower rate was 2019. His pitches per plate appearance (3.69), which would be the lowest of his career if maintained. His strikeout rate isn’t as high as it usually is. It’s currently at 26.5% this season. That’s down from 41% in 2020 and 33% in 2021, but still good for 12th among qualified pitchers.

Of course, fewer walks and strikeouts mean Bieber is giving up more contact. His contact rate is 71%, well below the league average of 76% but higher than either of his last two seasons. The key though is the quality of contact.

Bieber’s hard-hit rate is currently at 31%, slightly above league average. The Guardians do rank 2nd in Defensive Runs Saved and I’m sure this gives Bieber more confidence in pitching to contact, knowing that he has a good defense behind him.

Bieber does a great job of keeping hitters off balance. As we saw with his pitch usage, he has become a slider first pitcher, but depending on the count, he isn’t afraid to attack hitters with fastballs. He will attack RHBs and LHBs very differently, righties have seen only 30 of the 218 curveballs he’s thrown this season.

The fastball gets its highest usage when Bieber needs a strike. This is when hitters need to attack him or else the at-bat gets more and more difficult.  His slider and curveball both get around 40% whiff rates, which is why he loves going to these pitches when he’s ahead and with 2 strikes.

Left-handed batters have an incredibly difficult task when trying to figure Bieber out. He uses all three of his main pitches consistently against them. Righties only have to worry about the fastball and slider.

He also mixes in a nasty backdoor slider to LHBs that he can spot on the corner consistently. The splits certainly prove this.

Bieber does mix in a changeup 3% of the time, with all but one being thrown to LHBs. The majority of those changeups are thrown first pitch to those lefties, when Bieber is trying to steal a strike. That’s just another wrinkle he keeps in his back pocket.

Other than one start against the Blue Jays, Bieber has been elite all year. He’s allowed 3 runs or fewer in 12 of 13 starts and pitched at least 6 innings in 9 of 13. His 3.00 ERA is good for 28th in MLB among those with at least 50 innings pitched (which puts him in the top 25% of that group). He’s showing that if you throw 91 MPH fastballs you can still get outs by pitching intelligently and commanding your pitches.

Even with all the changes Bieber has made, he is still considered one of the best pitchers in baseball. Usually when pitchers lose velocity and have to change, they struggle for a season or two.  The 27-year-old Bieber, has proved even before his prime that he is one of the more intelligent pitchers in the game today. I’m excited to watch him transform as he progresses and maybe he will be able to add velocity again, or maybe he will use the Justin Verlander strategy, and save some for late in games.

Either way, Bieber is one of the best pitchers in baseball to watch today, and one of my favorite pitchers to watch and try to think along with. Try to lock in on one of his starts and see how difficult it is for hitters to try and figure him out! 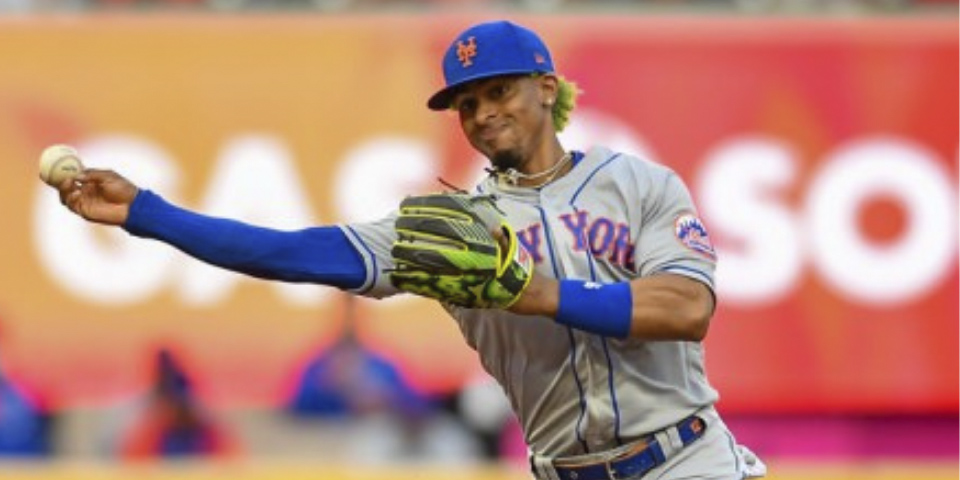