Harris exceeded expectations and is going to be good for a long time.

The following essay is an excerpt from The Bill James Handbook 2023, available now at ACTASports.com and wherever you get your books.

In today’s baseball we often see rookies come up and have immediate impact, but rarely do we see a rookie have sustainable impact on a good major league club. The overwhelming majority of players come up, have some modicum of success, then go through an adjustment period.

Depending on just how difficult that struggle may be will often determine just how long that player stays on the major league roster. There is NO shame in that!!

Playing in the major leagues is hard…really hard, and now with the amount of information available at a moment’s notice, the ceremonial lap around the league that rookies and young players used to enjoy before they got exposed is no more. The opposition will have information about the player’s tendencies before the name gets stitched on the back of his jersey.

The biggest jump that any ballplayer will make is the one from Triple-A to the big leagues. The Atlanta Braves’ Michael Harris II made an even more remarkable leap to the major leagues from Double-A Mississippi in late May and now should be the National League Rookie of the Year.

There are a few plays that will serve as an illustration as to why this young man had the impact he had on the Atlanta Braves and what led a really intelligent front office group to sign him to an eight-year pact worth up to $72 million.

Harris II made some absolute highlight reel catches in his first year in the major leagues. While spectacular, those don’t move the needle for me. I spoke with a veteran National League evaluator and asked him what sticks out about Harris II. “This young man has intelligence, elite athleticism and an ability to make difficult things look very easy”.

Padres (then Nationals) slugger Josh Bell has an unorthodox approach that yields the ability to impact the baseball from line to line from both sides of the plate. Atlanta’s information has Harris shading oppo. On the play in question, the ball was hit at 101 mph/28-degree launch angle in the right-center field gap.

We had it as a 55% catch probability; other sources had it higher, but Harris II covered 100 feet at 30 ft/sec to catch the baseball like it was a routine can of corn. On the surface it doesn’t look like a difficult play; Michael Harris II made a difficult play look easy, running this ball down with room to spare.

Of course there is a ‘how’ attached to everything, and when you look at how Michael achieves this, it’s evident how he makes the difficult look routine. His jumps are elite, both by the eye test and by Baseball Savant (click here to see where he ranks). More often than not he’s on the correct route, decisive and, as we alluded to, has tremendous “burst” right out of the gate. The scary part for the rest of the league is he’s still learning how to be a major league center fielder.

On our podcast last year, he talked about how he learned to play the outfield from Marquis Grissom. Who better to learn from than a fellow Atlantan who won a World Series as a Brave.

By the way, he also went 4-for-4 with a home run in the same game. That brings us to his offensive impact on this club. Harris II performed in most every way and all year long. .297/19 HR/64 RBI, yep you’re getting a dose of cough medicine to start. He finished with a 135 OPS+, he hit right-handed pitching (.943 OPS) and held his own against left-handed pitching (.649 OPS).

The fact that he was better on the road (.965 OPS away) wasn’t entirely surprising given Atlanta is his hometown (.721 OPS at home) and certainly there is probably some level of pressure involved playing in front of friends and family every night. More intriguing was the lack of power production in a very hitter friendly Truist Park. Fifteen of his 19 home runs were hit on the road.

Late in the year, the hits kept coming… August (.990 OPS) and September (.838 OPS). Finally, my personal favorite stat on the planet, how he did with runners in scoring position with two outs…(.845 OPS compared to the MLB average, .712).

He was above average in Hard Hit Percentage at 41%, above average in Barrels at 10%, and his K% was a tick below average at 24.3%. Some will point to his BABIP of .361 and say he was extremely lucky. Good hitters create their own luck by barreling the baseball more than most and using the entire field.

Harris does a really nice job of staying in the middle of the field with his approach and was above average at 43.5% of balls in play going up the middle. He has shown the propensity to chase pitches, especially offspeed. I would anticipate him improving his pitch recognition as well as his walk percentage from 4.8% as he grows in experience as well.

The one thing that Harris II didn’t do this year was go 20/20. He just missed. He finished with 19 homers and was 20-for-22 in stolen base attempts this year.

Harris II is more than a flash in the pan—he’s a young player that passes the eyeball test but also gives key indicators of success on both sides of the ball that he is here to stay.  He’s with a franchise that has done an unbelievable job of identifying the right young men, developing them quickly and then putting them in positions to succeed at the major league level. He certainly exceeded expectations and will find himself in the middle, literally, of another great run in Atlanta.

SIS VP, Baseball Bobby Scales played 14 seasons of pro baseball (2 with the Cubs) and worked in the Pirates’ and Angels’ front offices.

This essay is an excerpt from The Bill James Handbook 2023, available now at ACTASports.com and wherever you get your books. 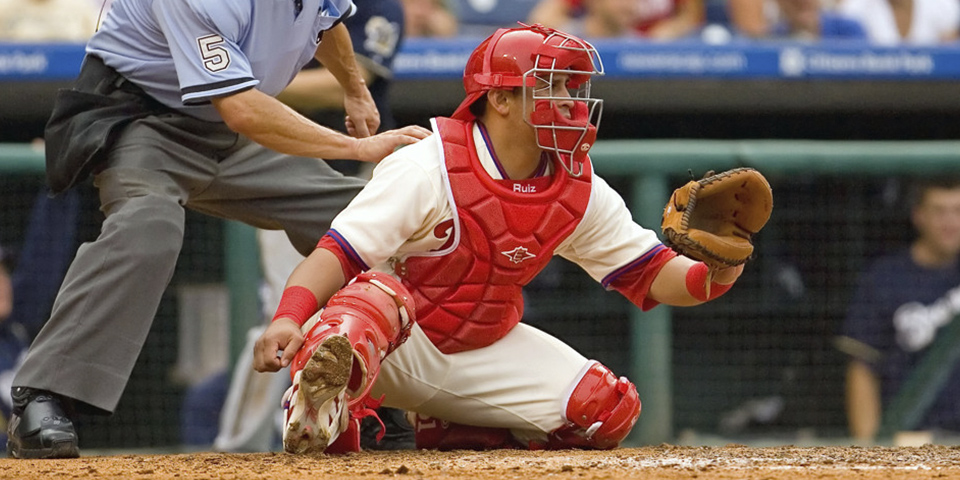