Senga throws 100 MPH but has a more refined approach in order to dominate at the level he does.

Koudai (Kodai) Senga has been on the radar of MLB teams for a long time, but this offseason he will finally be able to bring his talents to North America after agreeing to a 5-year deal with the Mets.

Senga posted a 1.89 ERA with 159 strikeouts in 148 innings with the Fukuoka SoftBank Hawks last season. He’s got a fair amount of use on his arm, having pitched 11 seasons in NPB. He first established himself as a reliever in 2013, then transitioned to being a starting pitcher in 2016 when he had a 2.61 ERA over 169 innings, while striking out more than a batter per inning.

Senga has been consistent since then, typically posting an ERA between 2.50 and 3.00 (with one season above and below that range) and throwing roughly 140 innings per year. His strikeout and walk rates are also consistent over that time, posting marks between 9 and 11 K/9 and 3-to-4 BB/9.

When his strikeout rates peaked in 2019 and 2020, his walk rates also spiked up. He appears to have adjusted over the last couple of years to reduce his strikeouts in exchange for a bit more control and limiting baserunners.

How he does it

How Senga goes about getting great results is unique for a pitcher of his profile. Most pitchers who can touch triple digits with their fastballs (as Senga can) tend to throw max effort pitches in an attempt to overpower opposing batters, but Senga has had to adjust to different circumstances and develop a more refined approach.

Most starting pitchers who are power arms are tall with broad shoulders, while Senga is on the smaller side for a starting pitcher, listed at 6’0 and 178 lbs. As the ace of the SoftBank staff, Senga was also expected to pitch deep into games, and they let his pitch count run over 120 pitches on multiple occasions, despite him having some minor injuries every season.

Senga has learned to pace himself as a starter instead of throwing max effort on every pitch. He will add and subtract velocity from his fastball, and sometimes loses velocity over the course of a game, but at times can ramp it back up late in a start when he needs to. In addition to his four-seam and two-seam fastballs, Senga will also mix in a shuuto to left-handed batters.

In Senga’s case, his shuuto is a modified two-seam fastball, where he spreads his fingers out beyond the seams of the baseball (similar to a splitter grip) but still applies two-seam spin to the ball. The result is something that works as a slow sinker or hard changeup, and in Senga’s case he can throw it around 88 to 91 MPH.

In addition to his fastballs, Senga’s best pitch is his splitter, which is also called his “ghost forkball”. He gets great vertical drop on the pitch and uses it mostly once he is able to get to two-strike counts.

Over half of Senga’s strikeouts come on the splitter, as it was his most used two-strike pitch. He was able to get whiffs (missed swings) on 45% of his splitters thrown in 2022, a rate similar to that which Kevin Gausman gets with his splitter in MLB (that’s not to compare the two directly … we’ll do that in a second, but the point of that stat is to show what excellence looks like in each league).

Since NPB uses a slightly different ball than MLB, Senga could have some issues adjusting to throwing a splitter with a different ball. When Masahiro Tanaka pitched for the Yankees, he also ran into issues with his splitter using the MLB ball. However, Senga’s splitter has so much movement that even if it is less effective, it should still be a useful pitch in MLB.

Below is a video showing two splitters, or ghost forks (at 0:05 and 1:15), and a shuuto (0:50). While they are gripped similarly, the slow motion replays show how he can apply different spin out of his hand. The shuuto is thrown 5-6 MPH harder than the other two pitches, and has more backspin applied to it.

It was the pitch heard 'round the baseball world during the #Tokyo2020 Oympics and Team Japan's Koudai Senga was throwing his Ghost Fork👻🍴 for the Softbank Hawks on Thursday in Pacific League baseball on FTF pic.twitter.com/AI0Po56ek2

To complement his fastballs and splitter, Senga also throws a cutter, slider, and curveball. His cutter and slider can have similar movement, staying pretty flat but having some horizontal break in to left-handed batters or away from right-handers. The slider can flash some vertical movement, but it does have inconsistent depth.

The cutter usually will be thrown around 90 MPH with the slider in the mid 80s. He gets whiffs with both pitches on around 30% of swings, but he doesn’t always have a good feel for location with them.

Here is a cutter that he gets a whiff on, despite missing his spot:

MILESTONE MOMENT: Koudai Senga's 1,000th career strikeout. He is the fastest in #PacificLeague⚾ history to reach that mark (855.1 innings). He leads the league in ERA at 2.16 and is tied for first in strikeouts with 149. #DOMINANCE @npb @HAWKS_official pic.twitter.com/L6kfMwQwWw

Senga also throws two curveballs, a slow one in the mid 70s, and a harder, slurvy one in the low 80s. The low 80s slurve has the best movement of his breaking balls, as it features more vertical drop to go with some glove-side horizontal movement. However, he struggles to get both curveballs over for strikes, which limits their effectiveness.

With such a deep repertoire, Senga can attack hitters in a variety of ways. However with SoftBank a few obvious patterns emerged. First, he always went with a fastball-heavy approach in the first inning, sometimes throwing only fastballs to get through the frame.

One could also argue that he doesn’t throw his splitter enough. Since his splitter is his best pitch, ideally it would be one of his most used pitches. However, he threw splitters only 22% of the time (compared to 32% breaking balls), and saved it for strikeout situations – 57% of his splitters were thrown in two-strike counts.

Limiting his splitter usage might make sense if it is a painful pitch for him to throw, as many pitchers develop blisters from throwing splitters, but I can’t confirm if that is the case for him or not.

Despite these trends in his pitch usage, which NPB teams would already be aware of from advance scouting, Senga was very effective in 2022. He finished second among qualified Pacific League starters with a 1.94 ERA. It is possible that if he was less predictable with his pitches, or optimized his usage more, that he could have performed even better.

Senga has been looking to come to MLB for a long time, and will finally be in a MLB rotation starting next season. There are some concerns regarding durability, but he should be effective while on the field. Some teams may also see some untapped potential, despite his being 30 years old, if they can have him optimize his pitch distribution. 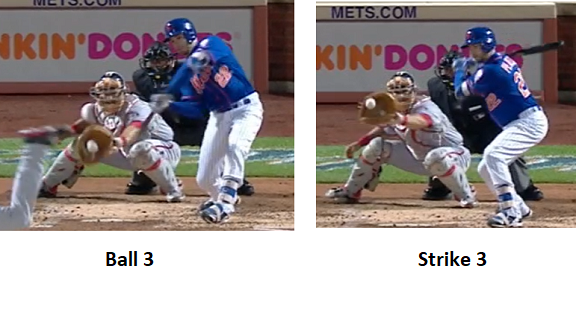