Jason Heyward’s offensive performance—or lack thereof—in 2016 has been very well documented. He is currently on pace to finish the year with career lows in just about every offensive category, including batting average, slugging percentage, and on-base percentage. To that point, his current wRC+ of 70 is by far the worst of his career, and well […]

Jason Heyward’s offensive performance—or lack thereof—in 2016 has been very well documented. He is currently on pace to finish the year with career lows in just about every offensive category, including batting average, slugging percentage, and on-base percentage. To that point, his current wRC+ of 70 is by far the worst of his career, and well below the league average of 100. Needless to say, Heyward’s arrival on the North Side of Chicago has been rather underwhelming, especially when you consider that the Cubs are paying him $184 million over the next 8 years.

If you ask anybody who has seen even five of Heyward’s at-bats in 2016, he will most likely tell you the same thing: he’s consistently late on pitches.  You cannot hit when you are late.  Hitting is partially the batter reacting to what he sees, but the actual swing should be an attacking movement, not a reacting one.  But what is causing Heyward to be so late on all of his swings?  Is his swing simply out of whack because he is feeling the pressure of his lucrative contract? Perhaps, but it seems to me like Heyward’s offensive production could return to its previous all star level with a few mechanical tweaks.

Not all hitters hit the same way, but all great hitters do share one common trait: they hit the ball on the barrel with consistency. Although Heyward’s swing has always been more “hitchy” than a classic swing, he has found a way to consistently barrel baseballs in each of his previous six big league seasons leading up to this season. So what has gone wrong this season? Let’s take a look.

This is a swing on a double that Heyward hit on Opening Day in 2015.

Meanwhile, this swing comes from a home run that Heyward hit this year on May 17 in a game against the Brewers.

The two biggest differences between these two swings that I see are 1) his new toe tap, and 2) his hand positioning.  The first point that I want to analyze is the part that worries me the least: the toe tap.  Heyward didn’t have a toe tap for the first six years of his career.  According to Tom Verducci of USA Today, he added it in mid-April after he found himself hitting .188 after two weeks with the Cubs.  Despite the result of the swing, Heyward looks terribly uncomfortable with his new toe tap in the swing on May 17.  Many hitters use a toe tap as a timing mechanism to get their bottom and top halves loaded on time.  The key to the toe tap is to keep your front foot moving throughout the whole motion, creating rhythm within your load.  As you can see, Heyward’s toe tap is broken up into two distinct movements, causing him to overstride, throwing his timing off, and, you guessed it, causing him to be routinely late on pitches.

Still, I am not worried about Heyward’s toe tap, and this home run against the Mariners on July 29 shows why:

As you can see, the toe tap has become one fluid motion, and Heyward is no longer overstriding.  His toe tap is now actually a useful timing mechanism, and he has been more on time recently.  So why is Heyward still not hitting?

The second major change in Heyward’s swing this season is his hands, specifically how high they are.  As you can see below, Heyward’s top hand is on the same plane as before, but his bottom hand is much higher in the swing from May, which is flattens out his bat angle.  This is causing his swing to become longer to the ball since his hands have to travel farther to get to the baseball. The picture below is from 2012, the year that Heyward hit a career high 27 home runs as a member of the Atlanta Braves.  Heyward’s hands were even lower then than they were in St. Louis. Following his in-season adjustments, Heyward’s lower body is now in rhythm, and his foot is getting down on time.  However, his swing is still too long because of his hand positioning, and that is why he’s still not hitting with any consistency. Some players have success with higher hands—Bryce Harper has high hands and he won the MVP in 2015—but that approach is clearly is not working for Heyward.  As I said earlier, the key to hitting is “finding the barrel” consistently and, with his hands in a lower position, Heyward consistently barreled up baseballs for six years before coming to the Cubs.  I think that if he would simply lower his hands by 4-6 inches, Heyward’s swing would shorten, he would be more on-time, and he would start to hit the way that the Cubs hoped that he would when they signed him in December.  If Heyward could make those adjustments in time to get hot for the playoffs, Cubs fans would no doubt be quick to forgive Heyward’s poor regular season. 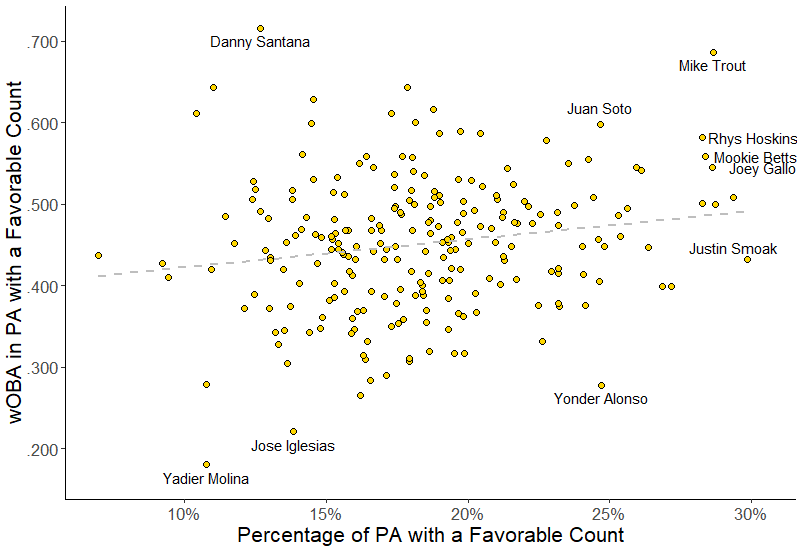