When Pedroia returns: Much better than Núñez, but keep an eye on the sliding

BY NICK RABASCO This past offseason, the Red Sox re-signed infielder Eduardo Núñez with the knowledge that Dustin Pedroia would need a couple months to rehab his knee injury before getting back on the field. Nunez has been playing second base on a regular basis for Boston in 2018. Pedroia has been playing for the […]

BY NICK RABASCO
This past offseason, the Red Sox re-signed infielder Eduardo Núñez with the knowledge that Dustin Pedroia would need a couple months to rehab his knee injury before getting back on the field.

The differential
The Red Sox are looking forward to having Pedroia’s defense back at second in a big way, because the difference between him and Nunez is huge.

Sports Info Solutions has a video-tracking system for players, in which we award Good Fielding Plays in 30 categories (think: Web Gems) Defensive Misplays & Errors (mistakes such as slipping, colliding, failing to complete a double play) in 60 categories. According to that data, Pedroia has had a positive Good Fielding Play to Defensive Misplay plus Error ratio in every season since 2007. In fact, he had a 2-to-1 ratio in every season since 2007, except 2015 and 2017.

In the last two seasons, Núñez has a Good Play to Misplay ratio of 2-to-23, the worst in the majors. Núñez is making mistakes more often than Pedroia and turning tough plays into outs or saving bases less often than Pedroia.

Defensive misplays are divided into categories, and therefore we can get more granular with specific issues that Nunez has had.

So far this season, Nunez has already been charged with two “Infielder Fails to Catch a Line Drive” misplays. These are plays in which a catchable line drive was hit his way, but he was unable to turn the play into an out despite getting a glove on the ball. For comparison, Pedroia has four such misplays in the past 10 years.

Watch Pedroia slide
It’s obvious that Pedroia will provide a significant upgrade over Nunez, but Pedroia is 34 years old and coming off knee surgery. So what can the Red Sox and their fans expect to see moving forward?

After a terrific defensive 2016, Pedroia rated below average in 2017 with -2 defensive runs saved. Last year was also the first season Pedroia finished with a negative range and positioning total. That was driven by a lessened success on balls hit in the first base-second base hole.

What should we be watching when Pedroia comes back? Pedroia is known as a player who goes all-out and is willing to dive or slide to increase his range whenever it’s necessary to make a play.

From 2013 to 2016, Pedroia was successful on 76 percent of the plays in which he had to slide to field a ball. In 2017, he was successful on 4-of-11 sliding attempts, which comes out to half as often as he did in the previous four seasons.

That could be random based on a small sample, but could also be indicative that the Red Sox have to make sure they put Pedroia in the best possible position to be effective as he gets older. 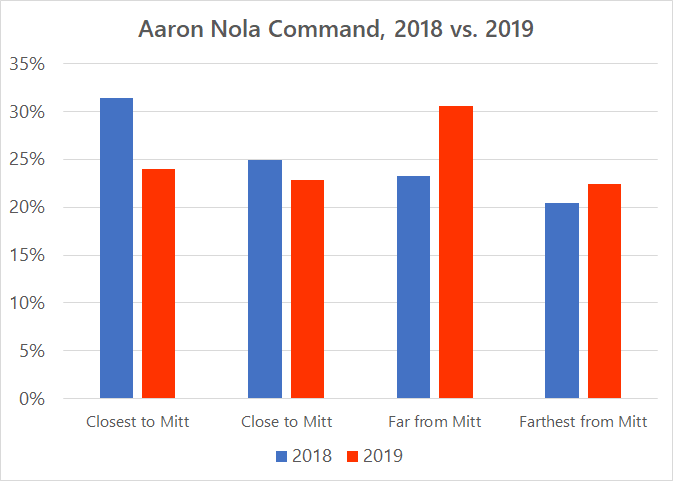