Stat of the Week: Who’s moving up and down the Starting Pitcher rankings?

By Mark Simon From May 2013 through the end of the 2016 season, Clayton Kershaw almost always reigned supreme in The Bill James World’s Best Starting Pitcher Rankings, a measure based on the Game Score metric and a pitcher’s sustained excellence over a lengthy body of work. But Kershaw’s recent injury history has caused him […]

From May 2013 through the end of the 2016 season, Clayton Kershaw almost always reigned supreme in The Bill James World’s Best Starting Pitcher Rankings, a measure based on the Game Score metric and a pitcher’s sustained excellence over a lengthy body of work.

But Kershaw’s recent injury history has caused him to drop in the rankings to No. 5 now, with the possibility that he slips even further if he remains on the sidelines.

The race for the No. 1 spot has become a tight battle between former teammates Max Scherzer and Justin Verlander, who currently occupy the top two positions. Scherzer has been outstanding the last six seasons, but he may never have been better than in the first 13 starts of 2018, in which he’s averaged 13.7 strikeouts per 9 and allowed six home runs in 87 2/3 innings pitched.

Verlander has a 1.24 ERA in 87 1/3 innings pitched this season, following up on a five-start run with the Astros in which he posted a 1.06 ERA en route to winning the World Series last season.

Verlander and Scherzer have been so good that they’ve dropped Indians ace Corey Kluber, who ended the 2017 season ranked No. 1, to No. 3 in the rankings, even though Kluber has a 1.96 ERA and is averaging seven innings per start this season.

Among those who have moved up the rankings is Gerrit Cole of the Astros, who climbed into the top 10 after a strong start to the season. He started 2018 ranked No. 38. The Astros have two pitchers (Verlander and Cole) in the top 10, as do the Nationals (Scherzer and Strasburg).

James Paxton of the Mariners was No. 45 at the start of May, then had a 16-strikeout game and no-hitter in back-to-back starts. That, along with his continued strong performance, has vaulted him to No. 23.

Aaron Nola of the Phillies allowed a combined three hits in 13 2/3 innings pitched in two outings at the end of May, is now No. 25 after ranking No. 62 prior to Opening Day.

As some climb the ladder, others slip. The No. 8, 9 and 10 pitchers entering the season fell out of the top 10, though Carlos Carrasco (preseason No. 8) hangs in at No. 11 and Jake Arrieta dropped from No. 9 to No. 14. Madison Bumgarner was No. 10 entering the season, but now ranks No. 58 after an injury sidelined him the first two months.

Among those to drop the most based on performance was Giants pitcher Jeff Samardzija, who averaged a 40 Game Score in seven starts (a 50 Game Score is average) after a successful season debut. He’s fallen from No. 25 entering the season to No. 52.

Red Sox pitcher Drew Pomeranz has plunged 25 spots from No. 35 to No. 60 (he has an 8.82 ERA in his last four starts). And formerly dominant Blue Jays starter Marcus Stroman is now on the disabled list with a shoulder injury after recording a 7.71 ERA in seven starts. He fell from No. 30 at season’s start to his current No. 65.

The most updated rankings and an explanation of the methodology can be found at Bill James Online. 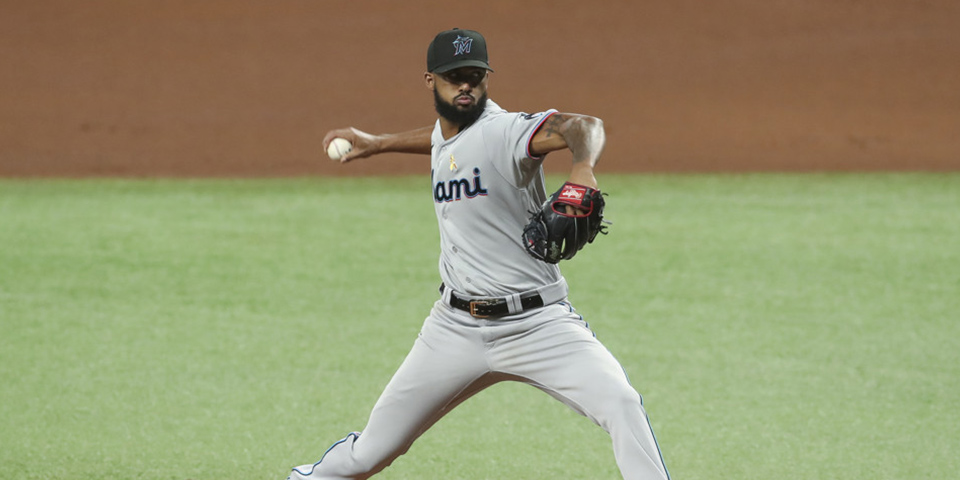