The statistical support is there for Martinez's candidacy. This may be the year his dream gets realized.

This should be the year that Mariners third baseman Edgar Martinez makes the Baseball Hall of Fame.

It’s fair to call this an overdue honor for Martinez, who is in his 10th and final year on the Hall of Fame ballot. Martinez’s vote total has jumped significantly, from 27 percent in 2015 to 70 percent last year (75 percent is needed for election).

Martinez clears the bar with a score of 578.7. That’s higher than already- elected Hall of Famers Mike Piazza (562.2) and Vladimir Guerrero (561.8). among others. In all, it ranks 139th all-time, which puts him in the top one percent of players all-time, with a little room to spare. James ranked Martinez as the 12th-most deserving position player that is not in the Hall of Fame (excluding special cases, such as those players with PED histories).

If we may leave you with a stat to remember on Martinez, one you might have forgotten about, let’s look at another James’ creation: Offensive Winning Percentage.

Offensive Winning Percentage estimates how a team would do if it were comprised of nine batters with the batting line of a given player. It assumes average defensive and pitching performance. An average offensive player would have a .500 offensive winning percentage)

Martinez represents extremely well here. He’s 59th all-time with a .712 offensive winning percentage. That’s higher than many notable players, including (perhaps surprisingly) Miguel Cabrera, who is tied for 60th at .710 and Albert Pujols, who is 82nd at .696. Martinez’s excellence here can be explained by his batting line. He’s one of 14 players in MLB history with a batting line of at least .310/.410/.510.

The stats more than make their case for Martinez to be a Hall of Famer. We’ll see if the voters come through for him this time around. 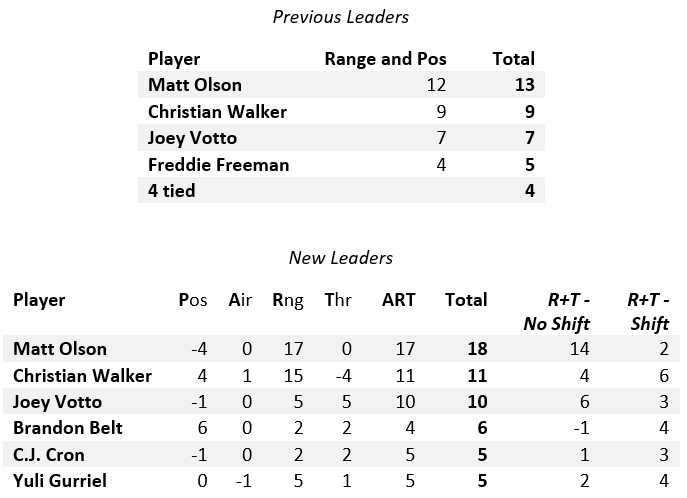