Scheme usage and avoiding stacked boxes are a big part of their blueprint.

The resurgence of C.J. Anderson in Los Angeles has seemingly breathed life back into the debate about the relevance of running backs in the modern NFL. On Saturday night, Anderson went for 123 yards on 23 carries, adding two touchdowns. On the opposite side of the ball, superstar running back Ezekiel Elliott turned his 20 carries into only 47 yards.

It was the latest chapter in a season in which James Conner gained close to 1,500 scrimmage yards in only 13 games, and a 33-year-old Adrian Peterson get back over the 1,000 yard mark for the first time since 2015. Meanwhile, teams like the Jaguars, whose run game carried them to a conference championship only a year ago, failed to have a single 100-yard rusher.

Based on pretty much any metric, passing provides more value than running, but what that really means for play calling is still hotly debated. And if it’s so inefficient, why were the Rams, Chiefs, and Patriots able to win this weekend by dominating on the ground?

Stop Trying to Establish the Run

Conventional wisdom has always stated that establishing the run is crucial to an offense’s success. Even if you aren’t running the ball particularly well, you should stick with it because you will wear down the down the defense and have more success as the game wears on.

To look at this, we compared a team’s first half carries versus their positive play percentage (Positive%) on second half carries. (Positive% is an Expected Points-based metric that represents the percentage of plays a player earned a positive Expected Points Added value.) Establishing the run in the first half shows almost no correlation to second half success. In fact, it actually shows a small negative correlation, indicating at some level that rushing performance actually decreases the more carries are forced onto a running back early in the game.

This potentially indicates a few things: that running the ball a lot early does not cause the defense to fatigue more than a normal offensive split, at least not enough to affect performance in a meaningful way, and that predictable play calling can lead to decreased offensive performance.

Despite this, coaches continue to stick by this strategy. As recently as Wild Card weekend the Seahawks ran the ball 24 times for 3.0 yards per carry, waiting until the final quarter to open up the pass game. This is despite Russell Wilson averaging 8.6 yards per attempt and posting a QB Rating of 115.3.

This also illustrates another important point: passing success generally acts independent of rushing success. Since 2016, the correlation between a teams Positive% on the ground and their Positive% through the air is close to zero, and this correlation even holds true when looking at play action. On average, success rate on play action passes tended to stay around 50 percent, with some noise on either side, regardless of a team’s success on the ground.

Creating Mismatches at the Line of Scrimmage

Teams that are successful on the ground in the modern NFL are not doing so by staying patient, or “establishing the run” early. They are doing so by putting their running backs and linemen in advantageous situations.

C.J. Anderson is the perfect case study. During his 2017 campaign with Denver, Anderson ran into a stacked box on 33 percent of attempts, and had a Positive% of 36 percent. In weeks 16 and 17 with the Rams this season, Anderson ran into a stacked box on only 19 percent of his carries, and flipped that into a Positive% of 62 percent. Among running backs with at least 25 carries in that time period, that ranked second behind fellow Rams running back Malcolm Brown (69 percent). Put into context, no running back with more than 100 attempts in 2018 had a success rate above 50 percent.

Even without considering that he was unemployed for most of the season, Anderson has been impressive, and McVay’s creative play calling deserves a lot of credit. While the Rams predominantly stick to one personnel grouping, they use a wide variety of formations and move players around a lot to generate mismatches, including some of the most creative use of motion in the league.

Nobody Uses Motion More Effectively Than the Rams

In 2018, teams averaged 1.6 yards before contact (YBC) and 4.1 yards per attempt (Y/A) on runs that didn’t use motion. When using motion in any capacity those numbers jumped to 1.9 and 4.5, and jumped further to 2.2 and 4.9 on plays using jet motion (YBC and Y/A exclude jet sweeps and QB scrambles).

The Rams averaged an astonishing 2.7 YBC on plays utilizing jet motion, significantly better than their overall average on runs plays of 2.0, and almost a full yard better than the average run play in the NFL (1.8).

There’s more to this than simply using jet motion more, and having a talented running back certainly adds value, but the point is that scheme plays an important role too. Nobody will argue that Anderson is a better running back than Ezekiel Elliott, but Elliott wasn’t good enough on Saturday to overcome facing a stacked box on 40 percent of his carries.

Running the ball still has an important role in modern offenses, but for teams to be successful they need to start moving away from the more traditional ground-and-pound methods. The Rams are creating a blueprint; now it’s time for other teams to start using it. 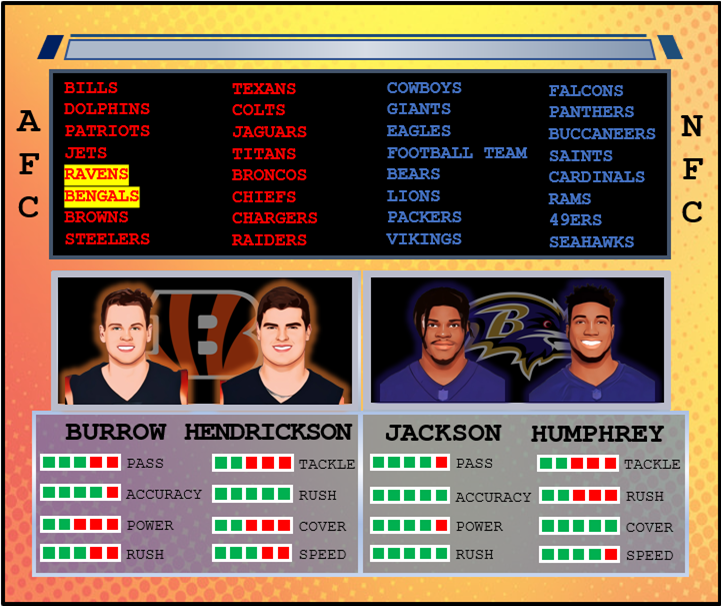