Who are the best of the best when it comes to the second tier of college outfield prospects?

Over the next month leading up to the 2019 MLB Amateur Draft, Baseball Info Solutions will be publishing a series of position-by-position scouting reports from our Video Scouts for the top-50 collegiate draft prospects. Each player is graded by the 20-80 scouting scale, given a comprehensive evaluation, and assigned a floor and a ceiling comparison, which indicate–if a player makes the Major Leagues–the range of the type of player into which he can develop.

This post covers the second tier of our top-ranked outfielders for the upcoming MLB Draft in June. Though there are no first-rounders here. All four should be drafted within the first five rounds.

Unlike some of the guys from the previous group, none of these outfielders possess much of a power-speed combination, but they should all provide one or the other to whichever team drafts them. Matt Wallner and Will Robertson are small-school right fielders with impressive power. Kyle Stowers has played all three outfield positions but fits best in left. Zach Watson has the best speed of the group, and is the only true center fielder.

Written by Will Hoefer

Analysis
Wallner, an immense corner outfielder with easy plus raw power, has gotten off the mound and focused solely on hitting in his junior year at Southern Miss. The numbers are down a little bit in 2019, but a third straight season with a chance at an OPS greater than 1.000 is still a very impressive feat. Wallner is currently batting .293/.405/.585 with 15 home runs and a 16 percent walk rate.

Swing and miss is likely to be an unavoidable consequence of Wallner’s lengthy stroke at the plate, and there’s a long leg kick load that could stand to be shortened up in a effort to polish timing issues. However, he does have solid hands, plus bat speed and a strong command of the strike zone, with plenty of loft generated on contact. Getting to that impressive raw power more consistently, whether it be through adjustments in hand position, closing his stance or smoothing out the rhythm of his lower body, will be the key to how far Wallner can go as a pro.

On defense, Wallner moves decently in right and has strong instincts in the field. Though he’s likely to lose a step due to his size and turn into a below average runner as he gets older, Wallner has the requisite arm strength and accuracy to stick in right field. It’ll be important for him to maintain the leanness of his body, as any additional loss of lateral quickness could move Wallner to first base and put additional pressure on his bat.

Outlook
Wallner has some of the best raw power in this draft class, with 50 home runs in his college career, and there’s an advanced enough eye and approach to mitigate the whiffs. With a full-time role, expect at least 20 homers annually with fringe-average on-base skills that are depressed by a low BABIP and a high strikeout rate.

Analysis
After a stellar sophomore season — in which he was an All-Pac 12 honorable mention — and a great summer in the Cape Cod League, Kyle Stowers entered the 2019 season as one of the top outfielders in his class. He was named to the Golden Spikes Award Preseason Watch List and Baseball America preseason first-team All-America. He struggled out of the gate in his junior campaign, but has hit .326 with a .966 OPS and five home runs in Pac-12 conference play. Stowers’ unorthodox but effective hitting ability combined with solid outfield play makes him an intriguing draft prospect.

Stowers stands very tall at the plate with a narrow base, and his hands start around chest height. A slight bat wiggle and long stride provide his load and timing, while his hands raise and separate. Mechanically, the swing itself looks much like Joc Pederson’s. While there are inconsistencies in his timing, his explosive hands can rip the barrel through the zone for solid contact even when his body is not in sync. He takes a very short path to the baseball and controls the barrel on both high and low pitches.

Stowers will run into trouble when his timing isn’t exceptional. His narrow base and long open stride can sometimes trigger his lower half too early in his swing. He will bail out with his body when he is fooled by off-speed pitches. With some mechanical adjustments, his inconsistencies can be ironed out at the next level.

Stowers has played a majority of his junior campaign in center field, with some action in left field, as well. He possesses very good outfield instincts, consistently makes good reads and has good first-step quickness, allowing him to cover a good amount of ground. He is not the fastest player in terms of pure running speed, but has shown that he can play every day in the outfield based on his instincts. The only concern for Stowers in the outfield is his arm. He has a very short circle, almost like an infielder’s, which does not produce much arm action, and his ball does not retain a lot of carry in its flight. His arm isn’t the strongest, but he can make it work by getting the ball out quickly and accurately to his target.

Outlook
Stowers does have the potential to be an every day contributor at the major league level, but he will have to make mechanical adjustments to be more consistent, and broaden his approach by going the other way, considering the prevalence of shifting in today’s game. His glove will play in the outfield, although he will likely move to left field.

Analysis
Will Robertson was lightly recruited out of high school, but has become one of the best college outfielders while at Creighton. He has shown impressive power in college while playing in TD Ameritrade Park, a ballpark with huge dimensions. He is hitting .294/.388/.567 with 11 homers and 16 doubles in his junior season, and performed quite well in the Cape Cod League this past summer, batting .300/.380/.435 with four home runs and 11 doubles. Robertson has played exclusively right field for Creighton in his three years as a starter. He stands out for his immense raw power and his production in college and Cape Cod.

Robertson has a strong, muscular build with average athleticism. He has a wide-crouched, open stance at the plate, and his leg kick helps to square his shoulders and get his front foot down. He holds his hands chest level and brings them back in his load while using his lower half well to drive the ball. He has a level swing and a quick bat that produces great pull-side power and line drives. His stance and swing mechanics are reminiscent of Kyle Schwarber. Robertson does not use the opposite field consistently and may need to adjust his stance and be more upright to use the entire field. He has kept his strikeout numbers down in college, with strikeout rates of 14 percent last season and 17 percent this season. Robertson does not walk at a great rate, either, posting walk rates of 8 and 9 percent the last two seasons.

Robertson has been a right fielder his entire college career and has enough speed and range to stick there, but his arm is only average and would fit better in left field. He gets good reads and takes efficient routes in a big right field in his home ballpark. Robertson is an average runner with mostly 4.2-4.3 times from home to first. He has only stolen five bases in his college career and should not be a stolen base threat at the next level.

Outlook
Having flown under the radar coming out of a small Missouri high school, Robertson has had to consistently prove doubters wrong. He opened eyes in the Cape Cod League last summer and has backed his performance up with another impressive year at Creighton. His powerful lefty swing and ability to play in right field will be very attractive come draft day.

Analysis
Zach Watson is one of the fastest and most decorated players eligible for the for the 2019 MLB Amateur draft. In 2017, he was named Baseball America’s No. 1 pro prospect in the Northwoods League. In the summer of 2018, he was a member of Team USA’s collegiate team, leading the team in runs scored. He has been LSU’s starting center fielder for  each of the three seasons he has been in Baton Rouge. At LSU, he has been named 2017 Freshman All-SEC, 2017 Freshman All-American, 2018 SEC All-Defensive Team and 2018 ABCA Gold Glove Team.

Watson has a slightly open batting stance at the plate with his feet just further than shoulder-width apart. He has a quick, but large leg kick in his swing and has very fast hands. At times he will get burned on the inside fastball because he gets his front foot down right as or after the pitcher releases the ball. He hits to all fields, and can do so with power, as well. Speed is the best part of his game. He has a chance to beat out almost any ground ball. He has good stolen base numbers in his collegiate career, with 36 steals in 45 attempts.

With a similar build to Billy Hamilton, it would be beneficial to him to add some weight via the weight room. This would help his power numbers, and could have him hitting close to 20 home runs per season. The other aspects of his game he needs to work on are knowing when to steal and reading and understanding the opposing pitchers’ moves. With Watson’s speed, he should be a 35-stolen base threat each season as a professional. He needs to develop better pitch recognition in order to get on base and utilize his speed more. He has totaled 124 strikeouts to only 46 walks over his career at LSU.

Outlook
Watson currently has two major league-ready tools with his speed and fielding. If he can prove that he can hit professional pitching and put some serious effort into the weight room, he could become an above-average, everyday center fielder in the majors. Watson is more of a risky pick, though, with the adjustments he needs to make while he develops his baseball instincts. 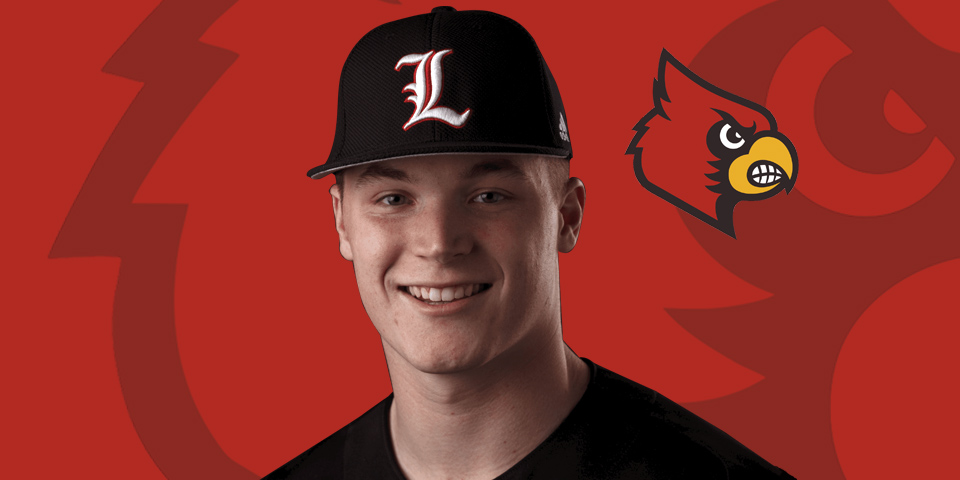