One of the top players available. A perfect No. 2 hitter who could play third base, shortstop, or second base

Part of a series of scouting reports on intriguing players in the 2022 MLB Draft. To read all the reports (including reports from past years), click here.

Draft Projection: Top-3 pick. Wouldn’t be surprised if he goes No. 1

In a draft with not many intriguing college bats, Brooks Lee stands out above everyone else. Lee, a switch hitter, has incredible bat-to-ball skills from both sides of the plate. He hits for average, has shown power from both sides, and is super difficult to strike out. His eye and ability to recognize pitches so well stands out immediately when watching him. Lee is smooth in the box, has quick hands through the zone, and doesn’t try to do too much. He lets his size and strength add power.

Coming out of high school Lee was a highly-rated prospect, but instead of entering the draft, Lee went to play for his father, Larry, at Cal Poly. His freshman year Lee had a near career-ending surgery on his hamstring. The surgery didn’t seem to affect him once he came back healthy in 2021.

In his first real season in college, Lee put up some big numbers.

2022 was even better, especially in his strikeout/walk totals

Lee also played in the Cape Cod League during the summer of 2021. He continued to put up some great numbers, even against the best players in college baseball:

Lee is incredibly quiet in the box. There isn’t much movement in his swing and he doesn’t swing out of his shoes. He trusts his hands to reach any quadrant of the zone and can get the barrel to any pitch. His size combined with the ability to consistently barrel the ball leads to frequently hard-hit balls.

For those of you that are wondering what Brooks Lee's swing looks like at 1000 Frames per second… here's a swing from the right and two from the left. #MLBDraft @PG_Scouting @PGCollegeball @VCervinoPG @B_Sakowski_PG @calpolystangs pic.twitter.com/Jd23h4lakS

His stances from the left and right side are basically identical. He stands mostly straight up and doesn’t take much of a stride. There isn’t much movement in his hands. When his foot gets down, his hands reach the peak load-up and then explode through the zone. Lee keeps his front shoulder tucked for as long as possible, sometimes showing his whole number to the CF camera.

His timing and balance are just part of the reason why he has elite bat-to-ball skills. Lee does a fantastic job of getting into his legs on the load-up, then transferring the energy forward as he swings. His lower half and upper half stay connected which gives him his power to all fields.

His swing is super-short, smooth, and direct to the ball. He stays level through the zone and manipulates the barrel superbly. Lee doesn’t seem like he is trying to hit fly balls but instead just wants to get the ball in play and trust he can hit it hard.

In 2022 Lee struck out only 28 times in 235 AB, an incredible rate. Even more impressive, he struck out only once in his first 14 games of the season. He’s a patient hitter and waits for his pitch to drive. Lee does a great job of recognizing pitches early out of the pitcher’s hand. Even on his takes he shows how good his balance is.

Even though Lee is a patient hitter, he loves attacking the first pitch. It’s clear Lee goes up to the plate with a plan and knows how to execute what he wants to do. If a pitcher tries to steal a first- pitch strike with a breaking ball or offspeed pitch he’ll be ready to drive it.

There aren’t many pitches Lee can’t cover. His level swing from both sides helps him reach the high fastballs and stay on top of them. While his pitch recognition and bat-to-ball skills helps him stay back and hit those breaking balls and offspeed pitches. He uses every part of the field from both sides of the plate and has shown pop to all fields.

Lee hit more homeruns from the left side totaling 11 as a lefty and 4 as a righty in 2022. It definitely seems like there is more pop in his bat as a lefty but his approach doesn’t change. As he continues to develop and get stronger, the power will definitely continue to improve. He probably will never put up huge home run numbers but that isn’t the type of hitter he is.

Defensively Lee has great hands and an above average arm. Due to his size his range isn’t amazing which is why he will most likely move to 3rd base. He is athletic so moving around the diamond would not affect him and his arm will make third base an easy transition. His throws are accurate and his arm is a cannon – not many throws ended up short of 1b. Even if he had to throw from awkward arm angles, the throws were consistently good.

The only time he seemed to have issues in the field was when he would lose his release point. At times, especially routine plays, he would throw more sidearm than his usual over-the- top release. These throws would tail and not have the usual carry and accuracy to them. But more times than not his throws were spot-on and his arm certainly isn’t an issue.

One thing that separates Lee even more is his high baseball IQ and his low heartbeat on the field. He’s one of those players that the game seems to be going slower for. He never seems rushed and always stays within himself. It definitely helps coming from a baseball family. His father, Larry Lee, has been coaching Cal Poly for 20 seasons. He also had two uncles drafted into the Giants organization.

Lee has all the tools to be a top draft pick. His elite bat-to-ball skills and eye are the top tools in his bag. Those are skills that are difficult to teach. Lee is highly advanced in those areas, which will make his journey through the minors fairly short. His power will continue to increase and make him an even tougher hitter to face. He gives teams a coach on the field and would be a great addition for any locker room.

He’s an everyday player and the perfect No. 2 hitter, who will most likely play third base, but could stick at shortstop or even play second base. 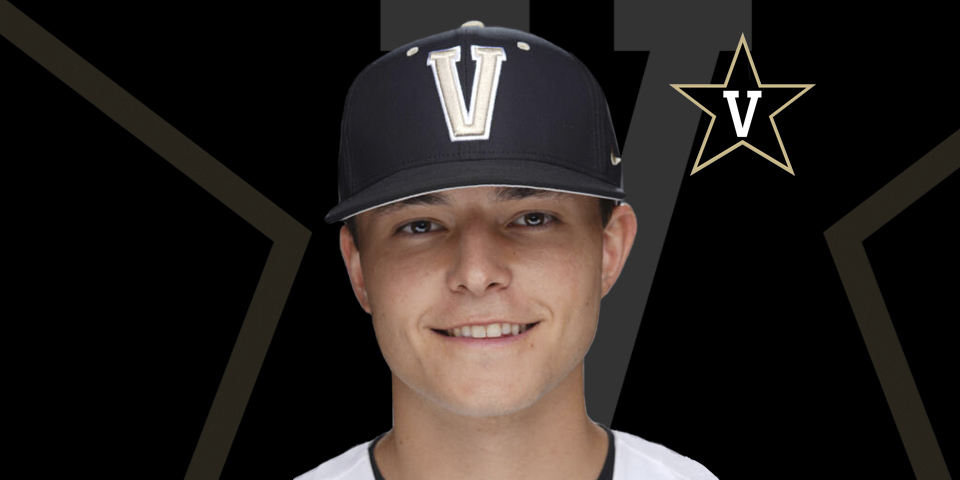