MLB Leaderboard: Which teams hit the ball hard most often?

Taking a look at which offenses are crushing the ball consistently.

On Monday, Mark Simon investigated which hitters have hit the ball hard most often, unsurprisingly discovering that really good hitters hit the ball really hard quite often. Now, let’s zoom out and see which teams are crushing the ball on a consistent basis. Here’s a look at the top five teams.

Note that this version of hard-hit rate is calculated as Hard-hit balls/(At-Bats + Sacrifice Flies). Our denominator penalizes a hitter for strikeouts. Those you would see from Statcast and on FanGraphs use a denominator of “Batted Balls” which does not incorporate strikeouts.

The number you get from our calculation allows you to say “Team X has recorded a hard-hit ball in Y% of their times at bat.

This shouldn’t come as much of a surprise if you read Mark’s article; the Dodgers have both of the top two hitters in individual hard-hit rate (Cody Bellinger and Justin Turner) , another in the top ten (Alex Verdugo) and one more in the top 40 (Joc Pederson). The team feasts on changeups, with their 33% hard-hit rate against those pitches tops in the majors as well.

The team affectionately known as the #BombaSquad broke the MLB record with 166 home runs before the All-Star Break, and are on pace to become the first team in MLB history to hit 300 homers over a full season. Their highest-ranked hitter, Max Kepler, is just 24th in hard-hit rate, but it’s their top-to-bottom depth that has kept them just behind the Dodgers: they have three players (Kepler, Eddie Rosario and Jorge Polanco) in the top 51. They’re also best in the league at crushing fastballs and sinkers, ranking first in MLB with a 36.3% hard-hit rate on those pitches.

Mike Trout’s the best player of this generation. Shohei Ohtani’s the best two-way player since Babe Ruth. Tommy La Stella parlayed his newfound power stroke into his first All-Star selection. So, here’s a surprising team leader for you: Albert Pujols. The future Hall-of-Famer bested all of his qualified teammates with a 37.83% hard-hit rate, just ahead of La Stella’s 37.81%. It’s a fairly small sample, but the team as a whole leads MLB with a 34.0% hard-hit-rate on splitters (17-for-50).

They haven’t gotten what they wanted out of Paul Goldschmidt and Matt Carpenter in terms of actual production, but they’ve gotten resurgent seasons from Paul DeJong, Marcell Ozuna and Dexter Fowler. Ozuna leads the way with a 37.4% hard-hit rate, though Yadier Molina is (quite surprisingly considering that he only has four homers and a .654 OPS) not far behind at 35.5%.

Now we’re back to a team with a more typical team leader in hard-hit rate, with Freddie Freeman leading the way (and 6th overall in the majors) with a hard-hit rate just under 40%. Six of their seven qualified hitters are over 30%, with Austin Riley coming up short at 27.3%. Atlanta has no problem hitting curveballs, as they’re the only team in baseball with a hard-hit rate above 30% against them. 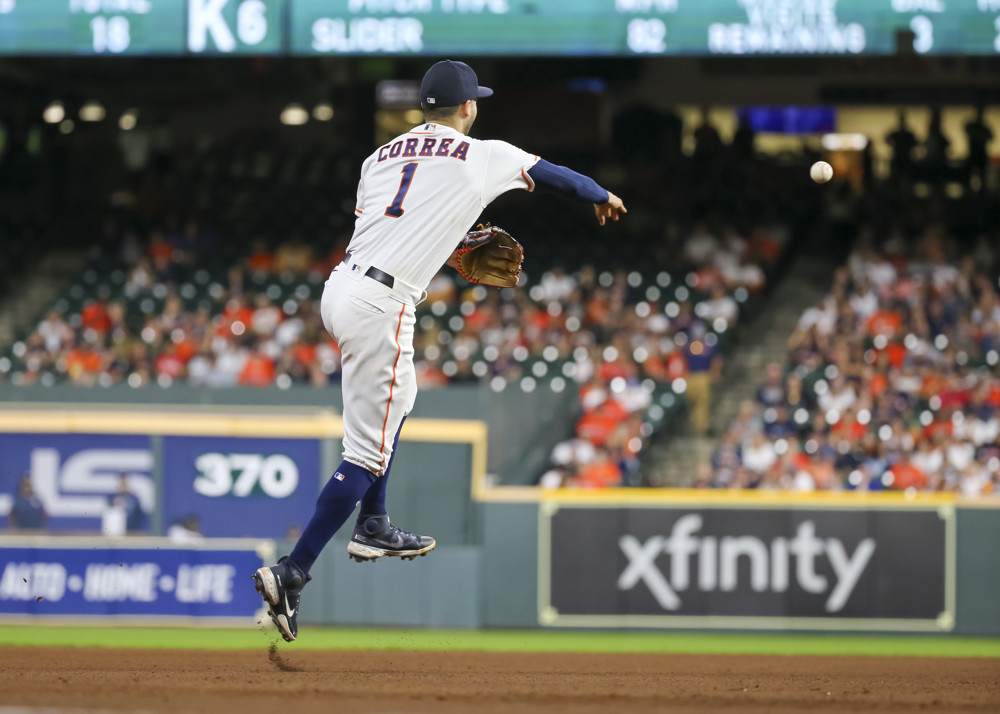 Which players will make the biggest defensive impact in the World Series?