Which players are underrated in Madden 20?

By BRYCE ROSSLER AND NATE WELLER

Last week, the John Madden Football team released its 2020 player ratings to a chorus of boos from angry fans, as is tradition when that video game is released. The ratings are good, but there’s room for difference of opinion. Analytics can help with that.

Below, we’ve profiled seven players who are underrated according to our Total Points model, which you can read more about here.

There may not be a player with a more legitimate gripe than Damontae Kazee.

Kazee led all defenders in Pass Defense Points Saved in 2018 and also tied for the league in interceptions. Outside of his penchant for creating turnovers, Kazee also ranks in the top 5 among safeties at suppressing targets. Despite all of this, he ranks as the second-best free safety on his own team, trailing Ricardo Allen (81 OVR) who missed most of last season with an injury.

George Kittle is Madden’s fourth-ranked tight end and may still be underrated. He was first amongst TEs in total receiving points earned with 66.9, trumping Kelce by a full four points while being targeted 15 fewer times. No other tight ends had even 40 total points earned in 2018. We aren’t saying that he’s outright better than Kelce, just that the gap in their overall grades shouldn’t be so wide.

You think it’d be hard for a $100M man to fly under the radar, especially after a 13-sack campaign, but alas, Frank Clark did. Sacks are a fickle statistic, but Clark ranked 13th in the more stable pressure rate (14%) among defensive ends, while ranking second in pass rush total points saved among edge defenders in 2018 (46.1). Nevertheless, his performance was only good enough for a meager 83 overall. He deserved higher.

Dee Ford’s 84 overall rating places him firmly in the middle of the pack among Madden pass rushers. By SIS’s Total Points metric though, nobody was better at disrupting quarterbacks than Ford, outpacing the likes of Frank Clark and Aaron Donald for most Pass Rushing Points Saved. Outside of this, Ford was also tied for 2nd in the league with 6 forced fumbles and ranked 2nd in total pressures behind Donald.

Despite making a name for himself in 2018, T.J. Watt doesn’t find himself anywhere near the league’s elite in Madden.

Watt’s Pass Rush Points Saved ranked him as the 7th-best among all pass rushers (only 3 spots behind his brother, who earned a rating of 97) and 3rd-best amongst linebackers. Watt was one of the league’s most efficient pass rushers. Watt rushed the passer on only 76% of pass rush snaps (190th among players with at least 100 pass rush snaps), but generated a sack on 3.5% of those rushes, the 4th-best mark in the league.

Kerryon Johnson played in only 10 games and totaled 118 carries, but still managed to rank eighth in rushing Total Points among running backs.

The players who rounded out the top eight received anywhere from 57 to 186 more carries than Johnson, which contributed to the former Auburn standout having the best Total Points per carry among the group. But, according to Madden, he’s not even one of the 32 best runners in the league.

Jordan Poyer was a key piece in one the league’s best secondaries last season, but still finds himself as Madden’s 32nd best safety. Among safeties, Poyer ranked as the 11th-best pass defender, 5th-best run defender, and 7th best overall by Total Points. Like Kazee, Poyer added a lot of value through big plays, racking up 5 total turnovers. In the run game, he ranked 5th among safeties in tackles for loss with 4.5 and 8th in tackles short of a 1st down with 55. 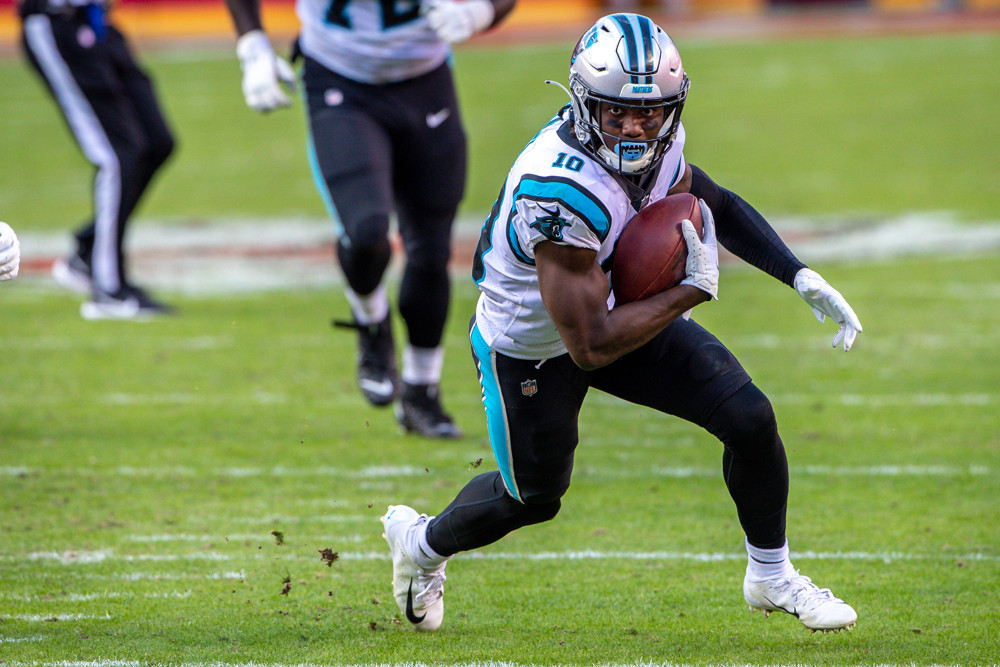