From Nathan Rourke to Mason Fine, we dig into the numbers on what makes them good, where they can improve

The most entertaining thing about college football is that with so many teams, there are star players out there that most people have never heard of.

Depending on your level of college football fandom, you may know one or even all of these guys. But regardless, this article will hopefully add a new level of appreciation for these five standout quarterbacks.

Based on the numbers you are about to read, you’d think Nathan Rourke would be getting more attention as a draft prospect.

Rourke, the 6’2”, 208 lbs senior, doesn’t quite measure up to the impressive physique of Josh Allen, but his style of play mirrors the former first-round pick with performance metrics to back up the comparison.

This man is a menace to bring down once he takes off running, which he does about one-third of the time.

His 6.4 yards/rush trailed only Kyler Murray among QBs with at least 100 rush attempts in 2018 and his 33% Broken Tackle rate was ranked No. 1. His Broken Tackle rate was still top-10 even with RBs factored back in. On 102 career attempts that came on designed runs and scrambles, Rourke is averaging 10.9 yards per carry – easily #1 over that span.

His 36 rushing touchdowns trailed only Devin Singletary among all FBS players over the past two seasons.

He also adds stellar contributions with his arm and isn’t afraid to push the ball downfield. His completions have traveled an average distance of 9.1 air yards. Over half of his deep ball attempts have been on-target.

For those starting to come around on his draft stock, Rourke finished just behind Justin Herbert on the 2018 IQR leaderboard.

In a flash, Brock Purdy went from carrying a clipboard to carrying the 2018 Cyclones offense on an unexpected run to salvage bowl eligibility.

Iowa State went into the 2018 season receiving a handful of top-25 votes and expecting to compete. Those feelings quickly dissipated after a lifeless offense sputtered to a 1-3 start.

Purdy didn’t get the start the following week but saw the field for the first time after things had gotten off to another rocky start in Stillwater against a ranked Oklahoma State team. He seized the opportunity, not only leading the team to victory but leading the box score in passing and rushing yards.

That was only the beginning for the freshman, who led Iowa State to wins in seven of its remaining nine games. After he became the starter, only Kyler Murray (10.9) and Tua Tagovailoa (10.5) averaged more passing yards per attempt than Purdy’s 10.3.

That stat and that company are representative of Purdy’s arm strength, and accuracy. Comparing his stats again to Tagovailoa, the Alabama phenom barely edged him on deep ball accuracy (65% to 61%), but consider that 23% of Purdy throws traveled at least 20 air yards, while Tua was more involved in the short/intermediate game, going deep on 15% of his attempts.

We hope to see Khalil Tate, the runner, back on display in 2019.

As a sophomore in 2017, Tate ran for as many as 327 yards in a game and eclipsed the 100-yard plateau in six straight games. He failed to follow that up, managing just 224 rushing yards all season and topping out at a single-game high of 46 yards.

Last year, Tate suffered his first ankle injury in the Wildcats’ second game of the season – he left that game temporarily and was visibly affected when he returned. It’s important to note, his rushing performance in the Wildcats’ first game (8 rushes for 14 yards) would have represented his lowest rushing yardage total of the previous season – so it’s unlikely that the injury was the only factor at play. It was reported that first-year OC Noel Mazzone’s emphasis on pocket passing caused conflict with Tate and had the dual-threat QB considering options other than returning to Arizona for his final season.

When the curtain closed on his junior season, Tate’s year-over-year run% had dropped from 44% to 19% and his percentage of throws from the pocket increased from 66% (lowest in FBS) to 86%.

The latter was a positive adjustment considering Tate has been on-target with 72% of his throws from inside the pocket compared to 62% on throws from outside the tackle box.

Mason Fine’s college career has been on a steady upward trajectory since he took his first snaps as a freshman. The fourth-year starter is on pace to become just the 18th FBS quarterback to crack the 13,000 passing yard mark.

After an inauspicious first season, Fine has propelled the Mean Green to consecutive 9-win seasons and become the face of a program that recently captured some elusive recognition by grabbing three votes in the preseason Coaches Poll.

Fine’s terrific past two seasons, combined with the efforts of the North Texas Athletics Department (6forheisman.com), have been the catalyst for some well-deserved hype as he enters his senior year.

The pocket-passer delivered his highest TD total (31) as a sophomore but his 2018 junior campaign is the one that catapulted him onto the map. He opened the season in style, by throwing 21 touchdowns and just one interception in his first 10 games (compared to 12 INTs in his previous 10).

Fine has thrown more passes than any other QB over the last two seasons and averaged an impressive 8.0 Y/A. North Texas figures to rely heavily on him again in 2019.

D’Eriq King is the definition of a playmaker – to get a sense of that, look no further than the scoreboard. In his first full season as the Houston starter, the Cougars averaged 48 points per game prior to King suffering a torn meniscus.

Aside from the injury shortened game, King contributed a minimum of 3 touchdowns in every contest, including 4 TDs in three games and at least 5 TDs in five games.

The Cougars used play action on 49% of their plays (FBS average = 28%), as a savvy way to get an edge offensively. King used the deception to his advantage, registering a 131 IQR and completing passes at an average depth of 8.0 yards downfield.

King will also beat you on the ground, averaging 8.3 Y/A (3rd-most) and 4.3 Yards After Contact per Attempt (1st) on designed runs and scrambles. To add to his running efficiently, King scored a rushing touchdown in every game he played last season.

Houston is 11-7 the 18 games that King started over the last two seasons. The Cougars are otherwise 4-5 during that span.

For more information about Sports Info Solutions, visit our website. To learn more about the SIS DataHub Pro and register for a free trial, visit pro.sisdatahub.com. 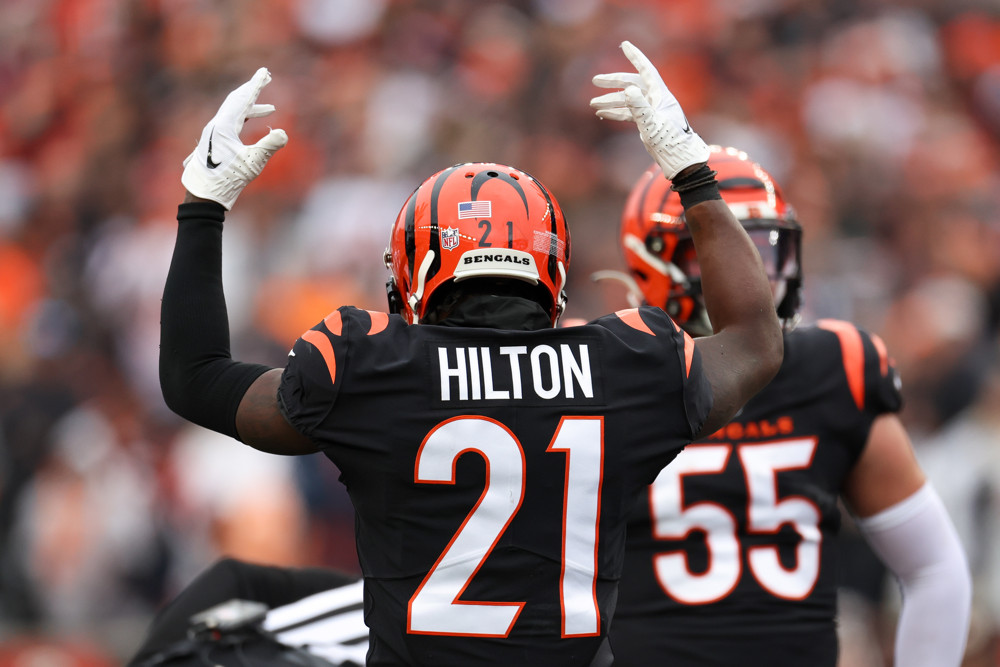 Who’s Up, Who’s Down Heading Into Conference Championships?