Who's the better defender among these two outstanding players?

The following is an excerpt from our new book, The Fielding Bible-Volume V, which is available for purchase now at ACTA Sports and Amazon.

In the spirit of that essay, and using a similar methodology, we decided to look at another debate at the hot corner: Who is the better third baseman—Matt Chapman or Nolan Arenado?

This is a topic that has come up a few times in articles we’ve written. The support for Arenado is loud and proud, largely from Rockies fans, and understandably so, given that he’s won seven Gold Gloves in seven seasons in the major leagues. The support for Chapman is passionate but seems smaller in size, perhaps because he’s only played two-and-a-half seasons and is on a small-market team on the West Coast.

Chapman has the overall edge in Defensive Runs Saved by a considerable margin whether we measure using 2019, the last two seasons, or the last three seasons, but that doesn’t necessarily satisfy those who like Arenado. So let’s look at this through the lens of different defensive components to show where the differences lie.

We’ll use two years of data for our evaluation to account for Chapman’s two full seasons in the majors and to give both players a more sizable sample size than just 2019.

Who has the better arm?

Thanks to our new PART system, we have a few ways to measure this.

Strictly going by Throwing Runs Saved, Chapman has an 18-8 edge. This makes sense intuitively if you’ve watched Chapman at all. He’s great at making throws from along the third base line right to the target at first base. Arenado has a good arm, but he doesn’t have the power behind his throws that Chapman does.

In terms of accuracy, Arenado does come out a smidge ahead. Our Good Throw Rate stat looks at throws to first base and how often those throws resulted in an error, misplay, or good play by the first baseman to prevent an error.

Arenado had 502 good throws, six throwing errors, two throwing misplays and 15 throws resulting in a good play by the first baseman. His Good Throw rating is 95.6% (502 good throws out of 525 opportunities).

Chapman had 524 good throws, seven throwing errors, no throwing misplays and 24 throws resulting in a good play by the first baseman. His Good Throw rating is 94.4% (524 good throws out of 555 opportunities).

To the eye, it may look like Chapman and Arenado are comparable in terms of their range. But the numbers indicate they are not.

Chapman has a 38-17 Range Runs Saved edge over the last two seasons.

Let’s look at how each of them does on balls hit to their left, right, and straight on:

Arenado supporters will likely point to Arenado’s signature—the barehand play. Indeed, Arenado had a 20-4 edge in barehand plays over Chapman last season (the only other third baseman with more than 10 in 2019 was Kris Bryant with 11) and a 38-11 advantage the last two seasons. But remember that those plays are taking away singles. Chapman’s specialty is defending would-be doubles, as noted by the success on balls hit to his right.

Throughout the season, SIS Video Scouts scrutinize every ball in play and assign a primary responsibility to one fielder on each ball. Then, they assign a 1-5 rating of the difficulty of each play, from a 1 representing a routine play that every fielder is expected to make to a 5 representing a play that the fielder had zero chance at making.

The Scouts Defensive Rating awards credit or penalty for making plays relative to how frequently players at a position convert plays of similar difficulty. Those are then summed and debited for all plays on which the fielder was responsible to get the rating.

Using the Scouts Defensive Rating system, Chapman had a 56.0 to 43.3 advantage in Plays Saved over Arenado over the last two seasons. The next-closest to them is Anthony Rendon, 20.9.

Chapman’s advantage was basically negligible in plays with a 1 or 2 grade. He separated himself by converting 65-of-87 Grade 3 plays (74%) and 42-of-122 Grade 4 plays (34%), both of which were the highest conversion rates among third basemen.

One other thing that our scouts do is chart Good Fielding Plays and Defensive Misplays & Errors. Good Fielding Plays are largely Web Gem-like defensive plays but also include things like keeping the ball on the infield to prevent a baserunner from taking an extra base. Misplays & Errors include all plays scored errors, along with things like failing to turn a double play because of a mishandled ball.

There are many good arguments to be made in Chapman’s favor in this discussion. In fact, you could make the case that the difference between the two is not close.

The best argument for Arenado is the longevity one—let’s see Chapman do this for seven straight years. The fun of this will be watching whether Chapman can sustain playing at this incredible level given how injuries, wear-and-tear, and age could impact him down the road. 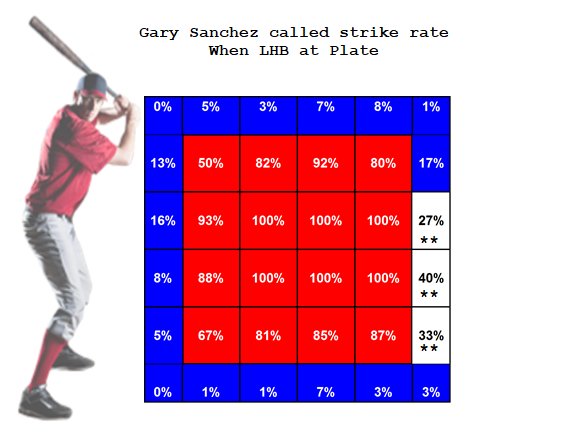