The Cy Young candidate has gotten a little help ... a lot of help along the way.

Much of his dominance is self-created. But not all of it.

In total accumulated value, Woodruff has benefited more from his defense (including himself) turning batted balls into outs the second-most of any pitcher in baseball. We previously wrote about the pitcher who has benefited the most, Adam Wainwright.

By comparison, Woodruff’s teammates, Freddy Peralta and Corbin Burnes, have gotten 11 and 3 runs of support from their defense, respectively. This makes Burnes’ numbers in particular more impressive, but the topic here is how the Brewers have risen to the occasion for Woodruff.

Woodruff hasn’t gotten the great plays at the volume that Wainwright has, but he’s had a few rather impressive ones behind him.

The Brewers infield has turned 82% of ground balls and bunts hit against Woodruff into outs. That’s among the highest rate for any pitcher in baseball (just below Wainwright’s 83%). It should be noted that Woodruff’s balls actually had a lower expected out rate (76%) than Wainwright’s (79%), making the work of the Brewers infield a little more impressive.

Where Woodruff also has the advantage over Wainwright is in positioning. In some instances, Wainwright got great plays behind him because players weren’t put in spots conducive to making plays. In Woodruff’s case, the Brewers have been well-aligned behind him.

Take a look at a couple of fly balls. This one was caught easily by Jackie Bradley Jr and was not a difficult play. Bradley got a small credit of 0.15 Plays Saved.

Similarly, Christian Yelich was playing well over towards the left field line here, making this fly ball hit by Josh Bell a routine one.

That play is something closer to a 50-50 proposition if Yelich is positioned where an average outfielder is stationed.

Good positioning is a little more obvious with some of the “at-em” balls hit against defensive shifts, like this one.

Quarterbacks are known to buy something for their offensive line to reward them for their work during a season. Woodruff might want to do the same for his guys.

Most Defensive Runs Saved For Pitcher By Team 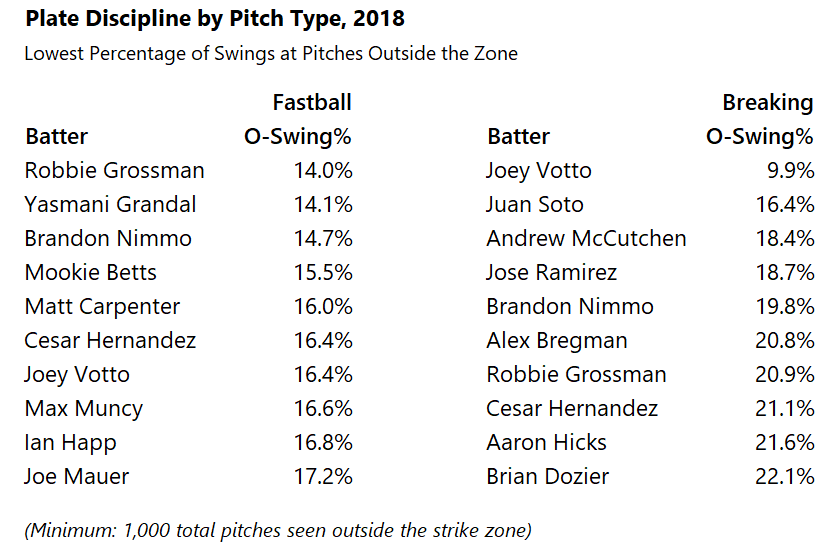