Who was most and least valuable in shifts? Does being good straight-up mean you'll be good in shifts?

You might have heard that we have a new Defensive Runs Saved as of this offseason. The nice thing is that even with 2020 baseball lagging behind a bit, these changes were implemented all the way back to 2013. What sort of fun can we have with that data?

Well, one of the big-ticket changes that we made was to add shift plays back into player evaluation. Since the start of the shifting boom in 2012, we eliminated from evaluation any plays with a shift on. However, as shifts started representing roughly half of all balls in play as recently as this season, that became an untenable strategy. So now Defensive Runs Saved includes virtually all plays.

How Much of an Impact Does Including Shift Plays Have?

If shifts represent roughly half of balls in play, you shouldn’t be surprised that they have quite a bit of sway in our understanding of player value. Here’s how much that amount has changed over the years, using the proportion of total runs saved or cost (i.e. the absolute value of runs saved) that comes from shifts. This includes the Range and Throwing parts of the new PART System, because we don’t split performance on air balls in this way and positioning isn’t assigned to the player.

Percent of Total Runs Saved or Cost on Shift Plays by Season, 2013-19 Infielders

At a player level, shift plays can be worth double-digit runs over the course of a season, although that’s only the very end of the spectrum. Who was affected the most?

One thing you might notice from the leaders and trailers above is that the leaderboard tended to include players we already thought were strong defenders and the trailerboard tended not to. This all makes sense, because good players tend to be good regardless of the situation.

Interestingly, in the aggregate our assumption seems to be misguided. Comparing the performance of players in shifts to their performance in standard alignments, the correlation is essentially non-existent.

Stats are all on a per-opportunity basis, and small samples are down-weighted when calculating the correlations

This certainly is an odd finding, and the reason for it isn’t clear just yet. It’s possible that when players are re-positioned for a shift the distribution of their out rates transforms enough that while their actual skill isn’t changed, the way that their skill is reflected in their plus-minus-based statistics does, ahem, shift.

There is just enough of a small positive correlation that over a full season of opportunities better players will tend to have positive Runs Saved in shifts and worse players will tend to have negative Runs Saved in shifts, but that’s about as much of a relationship that there is. This bears more investigation, but we wanted to at least report the finding and see where things go from there. 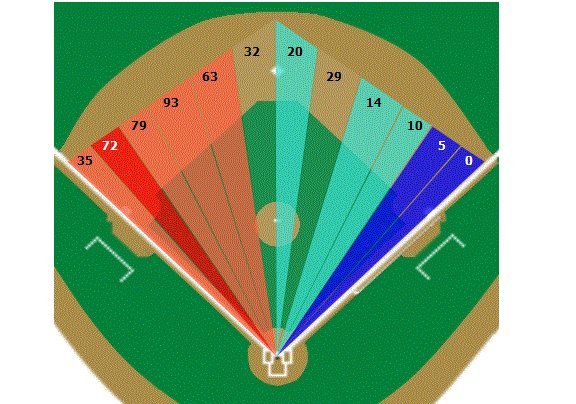