The author is developing a stat to account for all aspects of hitting, including the specific value of different kinds of outs

Over the last nine years, I have created and adjusted a metric that is intended to be a useful tool to evaluate a hitter’s offensive season. It has undergone a few name changes, but I currently call it Offensive Expected Value (OEV). The people at SIS, where I work as a Video Scout, are allowing me to share it here. This is work that I’ve done independent of my work there and is a work-in-progress. I welcome any feedback on it.

The point of the stat is to give a player a value on their offensive output based on their at- bat results, similar to Weighted On-Base Average (wOBA). The most important difference being this: Instead of just hit types and reaching base getting different weights, out types are assigned different weights as well.

To make things a little simpler, the stat groups types of outs into bins of differing values. For example, sacrifice flies are grouped in with regular fly outs, as to not punish a player in a lineup with fewer guys who get on base to drive in from third. Hypothetically, a player on a weaker offensive team could be turning those regular fly outs into sacrifice flies. The groupings have been reconsidered every year, and I continue to look for an answer.

Another difference between it and wOBA is that the weights are looked at as “base values” instead of run values. Each valuation is supposed to match the bases their team would gain when the average base-situation was taking place. I have studied Run Expectancy tables to try to find what the proceeding, semi-arbitrary weight valuations should be. For 2019, here is how each category was laid out:

One unique bit about OEV that this table shows is that reaching on an error or a catcher interference is counted as being on base, at least in part. The batter has some ownership of his advancement by putting the ball in play, so I’m giving him some credit for that.

You can also easily isolate just the extra-base hits component of the stat, similar to Isolated Power, which I call Power Expected Value, or PEV. To keep this piece lighter, I’m leaving PEV to the side for now.

If you’re following a game’s play-by-play on FanGraphs, the play results come from SIS’ software. So, for the 2019 season, I had access to SIS’ database, and with the gracious assistance of Alex Vigderman of our R&D staff, I was able to write a SQL code that produced each player’s OEV.

Below are the top 30 players in Offensive Expected Value versus the Top 30 in wOBA.

The top six hitters in both statistics feature the same names, in a slightly different order. While Mike Trout did reach base more than Christian Yelich in 2019, Yelich netting more extra-base hits was the biggest reason for him holding a lead over Trout in OEV.

While strikeouts have risen with home runs, there are five hitters knocked down to the 22nd -26th range that all had strikeout rates above 30%. The stat is meant to counteract the belief that it’s okay for hitters who frequently hit the ball out of the ballpark to strike out, because not putting the ball in play wouldn’t advance a hypothetical runner on base.

Anthony Rizzo is one of the bigger outliers, ranking 46th in OEV (.919) but 12th in wOBA (.390). Pearson’s coefficient for the correlation between OEV and wOBA is .84, indicating a strong positive correlation, but there’s enough of a difference to explore the differences between the two metrics.

Here, you can continue to see that home run rate has a large impact on Offensive Expected Value, although maybe not in the way you’d expect. In both wOBA and OEV, there are three players with Home Run rates between 5.0% and 5.9% (Alex Bregman, Anthony Rendon, and Ketel Marte) with more value than anyone in the 6.0-6.9% range (e.g. Nolan Arenado, Josh Bell). That combined with the fact that the low-homer group tended to have lower OEV than wOBA (relative to their scales) shows that OEV doesn’t value home runs too highly.

There’s a higher Pearson correlation between Home Run Rate and OEV than “on-base” percentage and OEV (.65 to .51), because of how much weight is put into home runs. However, in running a similar model for four bins of the non-traditional “on-base” percentage, there seems to be a little more of a constant where player’s OEV and wOBA go up with their OEV-based on-base average while the four groupings of home run rate are a little more clustered.

Ideally, a player would want to have a higher OOut than SOut, as a fly out could advance a potentially important baserunner, and anything that falls under SOut would not. You can see there are three players in the highest range of OEV falling nicely in the bottom right corner. That’s Anthony Rendon, Alex Bregman, and Cody Bellinger.

While not every at bat is crucial, there is value in a hitter who can hit into what’s considered a “productive out.” I also think that taking in every single plate appearance of a hitter’s season tells a better story of their season.

One limitation of the metric is that in a game situation, advancing a runner from third to home is more valuable than from first to second, but having a context-neutral element adds some fairness for fly ball hitters.

Even though baseball fans that carry an “old-school” mindset have a reputation for being averse to learning any new metric that comes out, I believe Offensive Expected Value can help bridge that gap, because it ties into the belief in productive outs, and brings value to those at bats. Thanks to SIS for allowing me to show this stat here. 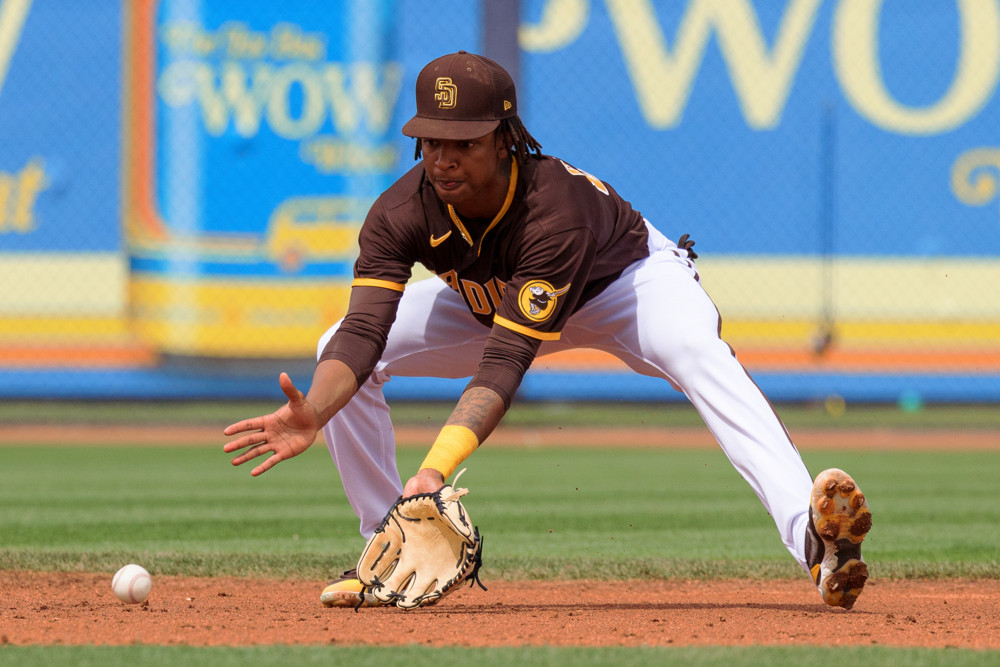