Think about what you consider the best pitches in baseball.

There are lots of contenders: Jacob deGrom’s fastball, Shane Bieber’s curveball, Dinelson Lamet’s slider, Devin Williams’ changeup are among many.

One that you might not have thought about is Giants pitcher Kevin Gausman’s splitter.

Here’s why we bring Gausman up:

Gausman has thrown 289 splitters in that time. And opponents are batting .014 against the pitch.

That’s not a typo.

The lone hit in this stretch was by Matt Olson of the Athletics on September 19 2020, the only hit Gausman allowed in six innings pitched that day.

Other than that, Gausman’s yielded nothing other than the three batters who walked on a splitter.

They were smart to take it. The pitch is extremely difficult to hit. Opposing batters have missed on 51% of their swings against Gausman’s splitter since the start of last season, the second-highest miss rate on the pitch (among the 20 pitchers who have thrown it most often).

Want to see how nasty the pitch is?

Those are strikeout pitches against Manny Machado, Trevor Story, Cody Bellinger, and Mike Moustakas, and the last one is entertaining because of how Buster Posey bluffed like he was looking for a high fastball.

This season, Gausman has thrown 81 splitters. Opponents are 0-for-22 against them. Even on Tuesday, when Gausman allowed four runs to the Reds, Cincinnati went 0-for-8 against his splitter.

The splitter is a tough pitch to throw. That pitch type typically represents between 1% and 2% of all pitches thrown. Gausman has thrown 363 since the start of the 2020 season. No one else is within 100 of him.

We’re guessing that Gausman doesn’t mind that the pitch is a baseball rarity. Right now, the results he’s getting with it are just about one-of-a kind.

A study of pitcher approach with defensive shifts

Stat of the Week: Who is May’s top defensive player? 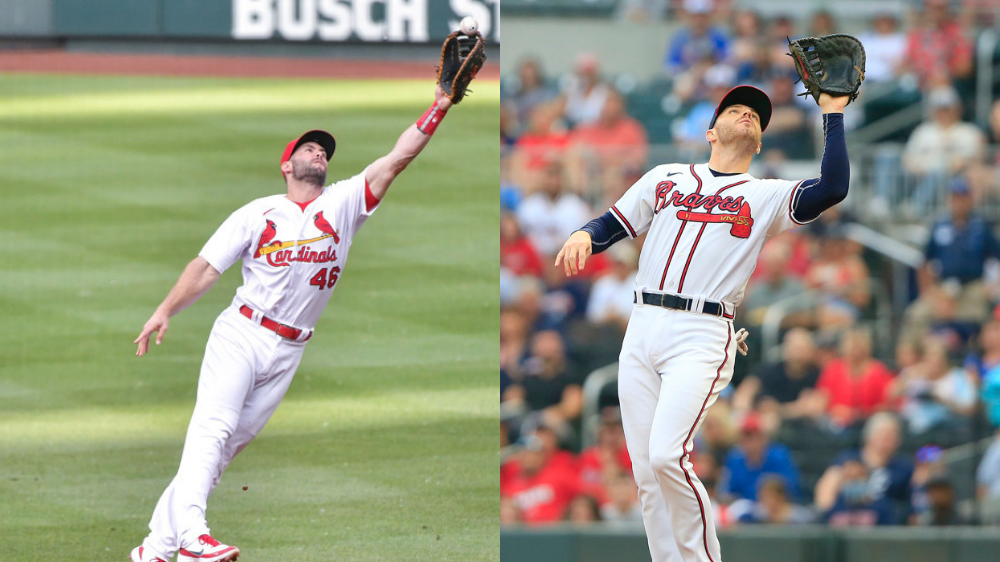