McLain is considered a safe pick, largely because of elite bat-to-ball skills.

Matt McLain is one of the safest, low risk picks in the 2021 MLB Draft. He has shown amazing bat-to-ball skills,  elite speed, quick hands, and is as reliable as it gets in the infield.

This season he proved that his abilities and the hype around him was no fluke. Back at his normal position of shortstop for a full season, McLain looked comfortable at the plate and in the field. He hit .333 with a .434 OBP and .579 SLG, striking out 34 times and also walking 34 times in 183 AB. McLain hit 9 HR and hit them to every part of the ballpark.  He also stole 9 bases in 10 attempts. Defensively he committed 7 errors in 201 chances, with all of them coming in the first 2 months of the season (including 4 in the first 5 games). McLain has all the tools to become an All-Star player in MLB and he showcased them all season long.

At the plate, McLain is extremely comfortable and relaxed. His stance is slightly open and he holds the bat almost straight up, in a great hitting position. He doesn’t have too much of a load up, he moves his hands back a little bit and doesn’t drop them at all. the bat stays in that great hitting position throughout. His leg kick is not big but he hovers his foot off the ground until he is ready to plant it and explode toward the baseball. He keeps his legs and his hands connected well, he doesn’t let his hips fly open too early. McLain’s balance is excellent. He doesn’t swing and fall over and he always finishes the swing in the same position.

One of the most impressive things about McLain at the plate is his approach. He is the classic No. 2 hitter. He stays patient, has an-above average eye, doesn’t try to lift the ball, and has superb bat-to-ball skills. McLain usually likes to take the first pitch to force the pitcher to throw a strike, but in big spots he can jump on the pitcher early and do damage. When he takes pitches he is never in-between. It’s impressive and shows how well he recognizes pitches and how well he knows the strike zone. He doesn’t start his swing and stop mid-swing. He knows very early whether or not he wants to swing.

McLain has a simple “old school” approach to hitting, he doesn’t try to pull the ball or lift the ball. His barrel stays level through the zone and it stays in the zone for a long time. He focuses on putting the ball in play and hitting the inside part of the ball. He hits pitches in every quadrant of the zone, he trusts his hands to reach the outside corner and his hands are so quick he can turn on the inside pitch. He also has the ability to stay on top of the high pitch because of his level swing, which most MLB players struggle with because of their launch angle swings.

The biggest worry about McLain is whether or not his power will translate to the MLB. This season he hit 9 HR and he sprayed them to all parts of the field. He has some natural power and is still getting stronger as he develops. Being able to hit home runs to center and right center shows he has the ability and strength to be more of a power hitter. But his approach at the plate is just not one that power hitters have. Hopefully whoever drafts him does not try to groove his swing into having more launch angle because his approach now is outstanding and refreshing to see in 2021.

McLain stole 9 bases this season but only attempted 10 steals. He has elite speed and should have used it more. He is incredibly hard to double up even on routine double plays grounders. There probably isn’t too much room for him to improve his speed but learning to use it more will make him a real problem on the bases.

In the field McLain is an above average defender and could be a versatile player. At SS he has good range but his hands are the most impressive tool. His glove is reliable. If he can get to a ball there’s a great chance he will field it cleanly. He releases throws super quickly and it doesn’t matter which way he is moving or what kind of throw he needs to make. He makes quick throws on the run, with his feet planted, and when turning double plays. The throws are always accurate and strong, even when he is going to his right or coming in on slow choppers.

His footwork is smooth which helps him release throws quickly. His feet get into good position to throw when fielding the ball, he doesn’t cross his legs and does a great job of shuffling.  McLain does well going to his right, he gets around the ball using his speed and fields the ball on his forehand.  There were some occurrences where McLain would take one or two too many shuffles before throwing the ball. It really didn’t hurt him too often but it’s a bad habit to get into and could potentially cause problems with MLB runners.

McLain’s range and ability to make strong throws from anywhere should keep him at SS in the MLB but there is a good chance he moves over to 2B because of his body type. It wouldn’t be surprising to see him play some 3B too, as his hands are so good that he should be able to play anywhere in the infield.

McLain’s hitting ability, speed, quick hands, and reliable glove make him a sure bet to make MLB eventually. He has shown he has the ability to do everything on a baseball field. There are no big holes in his game and nothing that might stop teams from drafting him early in the 1st round. There’s uncertainty about how much he could improve his abilities, since he already looks developed, but he won’t need to improve much to become a top-tier MLB player.

He will most likely move over to 2B but definitely has the defensive abilities to stay at SS and be above average defensively. His versatility should make him an even better draft piece.

Everyday 2B, won’t hit too many HRs, will be a high average and on-base hitter. All-Star potential. 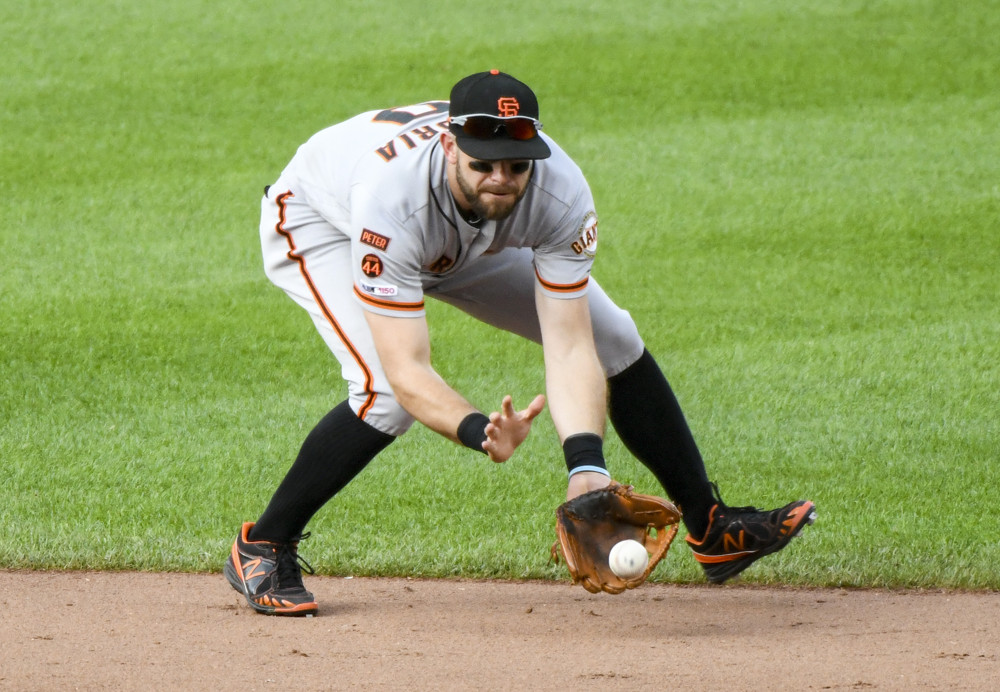 Giants Are Well-Positioned To Make Their 2021 Run