An introduction to SIS Hoops and our objective to modernize the box score.

An introduction to SIS Hoops and our objective to modernize the box score.

There’s a wrong way to ball.

My 7th grade coaching staff shared box scores with the team the morning after games with players ordered by Overall : a linear combination of box score elements into an all-in-one stat[[[Possibly the beginning of my disdain for all-in-one basketball metrics]]]. Usually a shoot-first, defense-optional player, I became obsessed with this ridiculous stat. I started passing up open jumpers (missed shots counted as -1) to chase assists (+2). On defense, I’d often be out of position gambling for steals (+3) and recklessly crashing the glass for defensive rebounds (+2) despite my -2 wingspan and 10-inch vertical leap.

After starting the season ranking in the middle of the pack each game, I regularly led our team in “Overall” by the Playoffs. I felt like I had really improved as a player, and our team won most of its games[[[Milwaukee’s northern suburbs are a bit deprived of high-level competition]]]. I knew I was never going to be a professional player, but I still thought there was a chance I was going to end up riding the bench for a Big Ten school.

Before high school even ended, my organized basketball career was over.

Over 15 years later[[[A lot to unpack here… maybe another time]]], I was lucky enough to spend 5 seasons with the Phoenix Suns obsessing over how to best quantify basketball players and teams, and apply it in roster construction and in-game strategy. Despite the blessings of working in a dream job, I let how the game is discussed and presented – on broadcasts, podcasts, Twitter, video games, or even in internal meetings – drive me insane. The main reason why is so familiar: the same overreliance on the box score as my childhood basketball career.

And that makes sense! If your job is to succinctly summarize a player’s impact on winning a particular game, you’re going to use what’s available to you. It’s easy for the audience to understand, and often highlights the players with the most direct involvement in scoring. But that doesn’t mean it’s the right way.

Can there be a better box score?

Basketball is too complex a sport to be defined by its possession-ending events. It’s a game that requires instantaneous, random decision-making on every offensive and defensive possession while executing within defined roles to optimize team performance. That’s a wordy way of saying “playing basketball is super hard.” Playing it at a high level requires an intimidating mix of skill, intelligence, athleticism, and winning desire.

Unfortunately, the statistics available to us merely summarize possession-changing events and forsake the beauty of the how and why of each possession. The traditional box score measures only a subset of on-ball offensive plays – those leading to a shot, foul, or turnover – and omits all other on-ball plays, the actions of the players away from the ball, and almost the entirety of defense. While it’s fun to discuss shot charts and triple-doubles, we’re missing some massive pieces to the puzzle on why a particular team won the game, and which of those team’s players contributed the most to that win.

Thankfully, we have come a long way as a basketball community. So many talented people have furthered the public discourse through their written pieces, video, and podcasts. There are now better places to get in-depth, well-presented statistics[[[The NBA has done an excellent job improving its Stats site and Cleaning the Glass is serious front-end goals]]]. But those sites still rely on box scores, play-by-plays, and, at best, basic Tracking stats[[[These stats are a step forward, but are mostly a regurgitation of result-driven info]]]. There is still so much information missing.

With only +/- stats available to the public and Player Tracking data’s significant limitations measuring decision-making and defense, it’s difficult for even the most informed evaluators to summarize which players are actually impacting winning on the court. Studying all 10 players at once for 40-48 minutes of action is both challenging and exhausting for one game, let alone many.

So, can we create better basketball data?

At SIS Hoops, we’ve spent the last year striving to fill those gaps. Though at the moment we cannot release our data to the public due to our team business, we plan on sharing some of our internal research to hopefully further the discourse on how basketball is understood.

Our initial project concentrated on the last 2 NBA Draft classes, achieving enough success to expand our coverage to include the NBA in the coming months[[[And hopefully other levels of basketball in the near future]]]. We feel that access to granular player- and team-level winning-impact data will help us better understand what actually matters the most on the court, who is the best at those things, and how those skills develop.

Our evaluation framework is grounded on accumulating every on-court event that could alter a team’s chances of scoring or preventing a score.

This can be as simple as a late-shot clock pick & roll where the ball-handler takes two dribbles and passes to a teammate on the wing. It can also be as complex as assigning blame to on- and off-ball defenders on an eventual shot at the rim. Over the course of a game, all of those plays matter. Collecting data of that scope requires a consensus on what a “good” and “bad” basketball play entails, an assessment of the difficulty of the context surrounding the play, and knowledge of the offensive and defensive schemes at play. But with proper training, you’d be surprised at how consistent basketball experts are at identifying winning and losing basketball plays.

Access to data of this breadth is really exciting. We can better understand how a player scored rather than just the fact they scored. We can properly assign credit to players for creating great looks for teammates despite the shot being missed. We can even evaluate how a player impacted a defensive possession, and whether their impact occurred at the point-of-attack or away from the ball.

We can now identify players who help their team win, even if they lack production in the box score.

High-level role players are the key to any good basketball team.

Maybe rooting for players who do the “little things” is an overcorrection to how I played and the way I first valued players, but I stan the hardest for players who do exactly what they’re supposed to do at a high level consistently[[[Mikal Bridges will forever be in my heart]]]. And given how many decisions each player has to make in a game[[[For a typical Draft prospect, this ranges from 100-200+]]], playing consistent ball is not an easy task. With the attention naturally on players who score the most, dish out the most assists, or grab the most rebounds, not enough credit is attributed to the role players who allow the stars to focus on what makes them stars.

With my concentration on Draft prospects over the last year, I admittedly missed most of the NBA season. So, it came to my surprise when watching the (incredible) Warriors-Lakers play-in game to observe how good some of Dubs’ role players had become[[[Yes, I realize I’m writing about the “winning role players” for the Warriors in a game they lost]]].

Playing next to gifted playmakers like Stephen Curry and Draymond Green requires instinctual engagement away from the ball on offense. Sometimes an excellent off-ball read can help create a great look, and other times it doesn’t affect the result of the possession at all. But players should get credit for the potential chances they created in some way.

The best role players are reliable, willing, and disruptive defending away from the ball. Given the importance of team defense in a team’s overall success, we need to find better ways to value that off-ball defensive consistency, willingness, and impact.

Considering the importance of getting early looks on offense[[[Transition / Early Offense opportunities usually give NBA teams a 0.2-0.3 PPP boost in their scoring efficiency]]], players with a steady and possession-altering motor in both offensive and defensive transition are crucial to a team’s success. Our favorite role players thrive here as well.

It’s still (mostly) about getting buckets.

We can flaunt quantifying discipline, IQ, and motor all we want, but in the end, buckets win ballgames – the elite advantage creators and shot-makers are still the most important players. The real fun part of the job is studying those unicorns.

Our framework devotes the most detail to the most important part of the game. Not all buckets are created equal, requiring faithful analysis to explore the countless contextual details. Did the player start their on-ball chance in an advantageous situation? Were they pressured by the opponent? Were they able to create an advantage? If so, how did they create that advantage? What kind of shot, if any, was created? Did they make the optimal decision? We will learn so much more about a player’s on-ball talent from answering these questions instead of relying on the number of points their chances resulted in, as long as it resulted within 2 passes. As any good evaluator knows, the process is more important than the results.

Sometimes the process and the results can be fun. Here are some ludicrous Steph buckets from that game showcasing his ability to create all sorts of advantages.

We want to better understand hoop.

Our content in the upcoming month will center on the NBA draft: the next main event after the Finals, the subject of our data, and our analysts’ specialty. It is also where public and front office discussions have the most room for growth. Having myself championed prospects in the Draft Room due to their box score production or perceived upside, I’ve had to learn the hard way how challenging it is to project teenagers as professional basketball players. My projections improved drastically once I started focusing on their actual basketball-playing ability. And our content will do the same.

We’ll explore in-depth the traits that build the best basketball players, why they’re important, and how you can better evaluate them from your couch. Please engage with us and let us know your ideas – our experienced staff of scouts and researchers will be tackling these topics, and I promise their work will be much more interesting than this piece.

Our data is a completely new way to quantify basketball and we have no idea where it will take us, especially as we analyze an ever-evolving game. But we will learn as we go, just as I did when I turned that failed childhood basketball career into my life’s work.

Thank you for joining us. 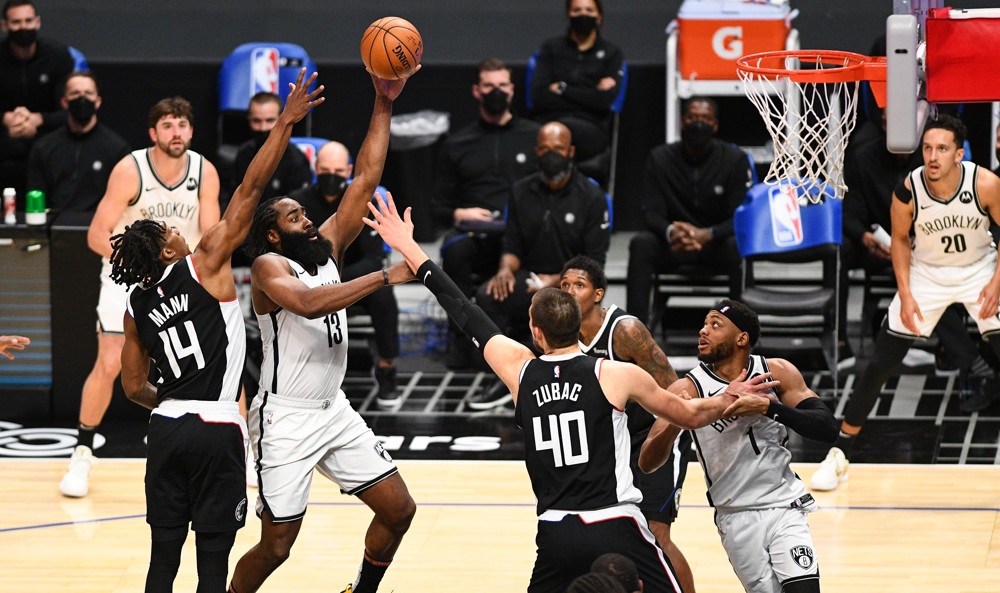 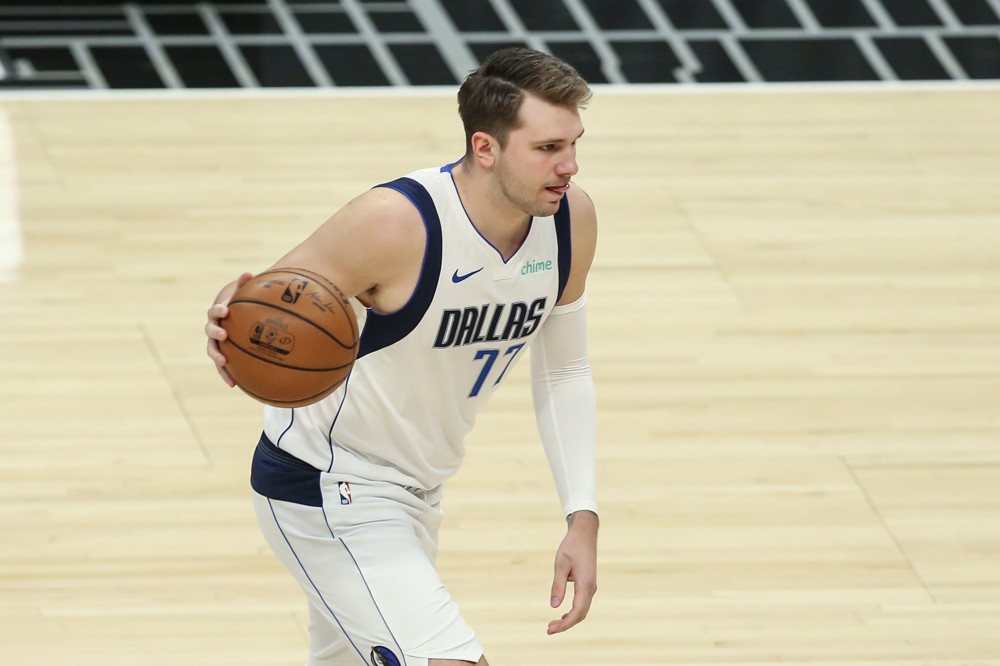 Stat of the Week: A Fresh Look at NBA Assists 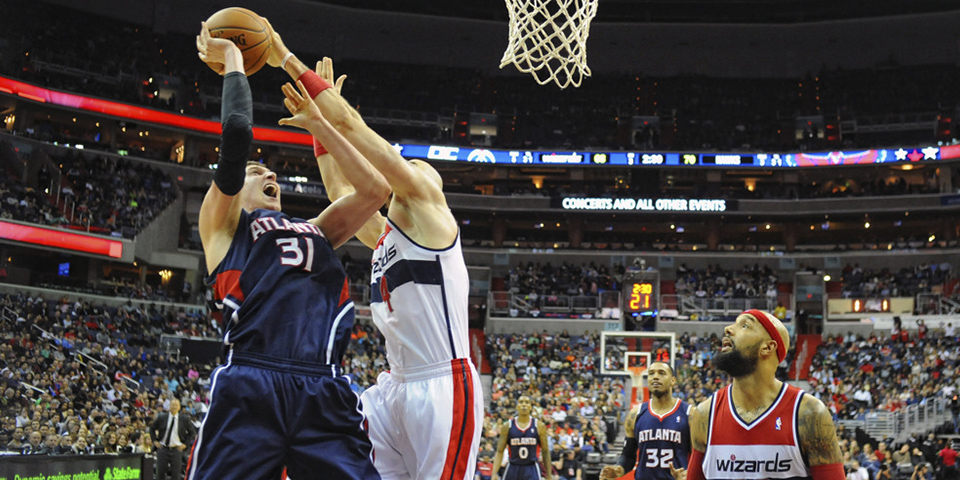