Luis Arraez didn't play a lot at any one position, but his out-getting netted him a strong Runs Saved total

How does one player accumulate a considerable amount of defensive value without playing any one position too often?

Arraez is currently projected as the Twins DH because Jorge Polanco is pegged for second base and Alex Kiriloff should be in left field. That might make you think Arraez is not capable in the field.

His defense left a bit to be desired. He totaled -11 Defensive Runs Saved and cost the Twins 9 runs with his defense at his main spot, second base.

In 2020, things turned for the better. Arraez missed a chunk of the season due to injury and played only 31 games. But he fared better (or at least didn’t fare badly) with 2 Runs Saved.

In 2021, the Twins went back to using Arraez as a full-time utility player. He tallied 10 Runs Saved, 5 at third base, 2 at second base and 3 in left field.

The improvement at second base is easy to explain from a numerical perspective. In 2019, Arraez recorded at least one out on 80 of 147 plays in which he had a >0% chance of making the play.

He was better both to his left and to his right.

Luis Arraez Out Rates at 2B

One example: This play had an out probability of 20% and was worth 0.6 runs.

At third base, Arraez saved 5 runs in 55 games. I’m not going to make any judgements over whether what he did in 55 games could be done in 130, but in those 55, his out rates hold up well.

Here, Arraez makes a barehand play on Randy Arozena’s slow grounder, good for about a half-run saved on a ball with a 39% out probability.

And this play was liked by both the opposing team’s announcers and our system. It netted him nearly 0.6 runs saved and had a 25% out probability (admittedly Omar Narváez being the runner helped).

Lastly, in left field, Arraez had 3 Runs Saved in 27 games.

This was a product of Arraez basically catching what he was supposed to catch – He was at 0 Runs Saved for Range and Positioning after making 36 plays on 50 opportunities (compared to 31 of 48 in 2019) – and because a few players made the mistake of testing his arm. He had 3 assists without a cutoff man, which produced 2 of his Runs Saved.

As you’ll hear at the end of that clip “He can play anywhere.” 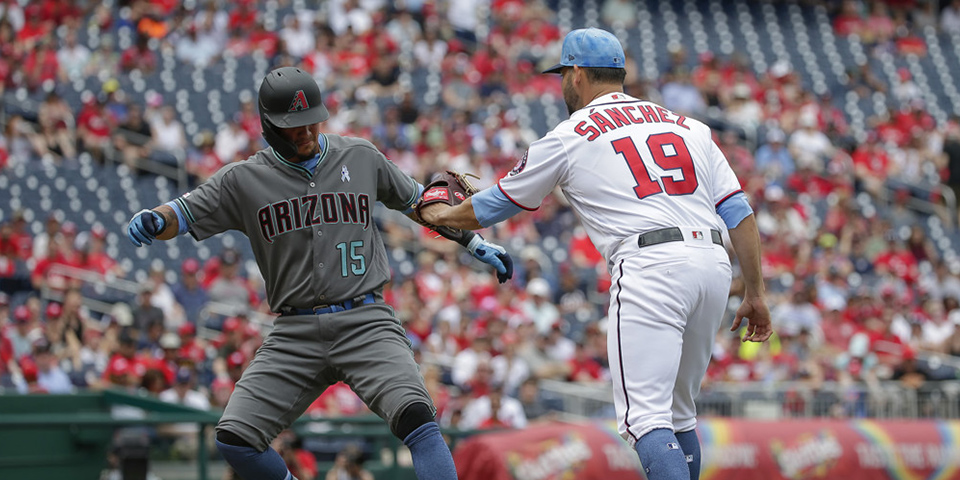