Stat of the Week: Who could be 2022’s Defensive Runs Saved Leader

Ryan McMahon is trying to do what no one else has done.

Rockies infielder Ryan McMahon led the majors with 22 Defensive Runs Saved in 2021. He saved 13 runs at third base and 9 runs at second base, excelling in both spots.

And though McMahon didn’t win either a Gold Glove or Fielding Bible Award for his efforts, there was a hearty reward waiting for him this season in a 6-year, $70 million contract from the Rockies.

Now McMahon will be trying to do something that’s never been done since we began tracking Runs Saved in 2003 – lead the majors in that stat in consecutive seasons.

Normally we focus on positional comparisons for Defensive Runs Saved, but the overall leader makes for some fun defense-related bragging rights.

McMahon has the skills to repeat. He’s solid at fielding balls to both sides. He also boasts a strong list of highlight-reel plays. He ranked 2nd in Good Fielding Plays per 100 Innings at both third base and second base last season. For those unfamiliar, we track approximately 30 types of Good Fielding Plays, with examples being “Ground Ball (or Line Drive) Out” which references Web Gem-caliber plays, and “Keeping the Ball in the Infield.”

Two players on the Twins may have something to say about McMahon’s efforts to stand atop the Runs Saved leaderboard. Shortstop Carlos Correa led the position with 20 Runs Saved last season, which ranked 3rd overall in MLB.

We wrote about Correa’s defensive excellence earlier this winter, noting how he excels at making plays in which he leaves his feet. The key for Correa and especially for his teammate, center fielder Byron Buxton, is health. Correa missed considerable time due to injuries in each season from 2017 to 2019.

Buxton has saved 21 Runs the last two seasons but has played in only 100 out of a possible 222 games in that time. His single-season career high is 22 Runs Saved, which he did in 2017, the only time in a seven-year career that he played in at least 100 games.

Playing time would also be a question in considering catcher Jacob Stallings as a possible overall leader. Stallings finished with 21 Runs Saved in 2021, one run shy of the lead, and was among the top pitch blockers and pitch framers in the sport. He’ll have a new team and new pitching staff to work with as he was traded in the offseason from the Pirates to the Marlins.

Past leaders to consider include Yankees outfielder Joey Gallo and Cardinals third baseman Nolan Arenado, who shared the Runs Saved lead in 2020, new Tigers shortstop Javier Báez, whose 32 Runs Saved in 2019 are the most by anyone in a season within the last five seasons, and Rays center fielder Kevin Kiermaier, whose 38 in 2015 led MLB.

And speaking of overall leads, Cubs shortstop Andrelton Simmons enters the season with 197 career Runs Saved. That’s three shy of Adrián Beltré, whose 200 are the most total Runs Saved for any player since SIS began tracking the stat in 2003. Simmons, who led MLB with a record 41 Runs Saved in 2017, had 15 Runs Saved at shortstop last season, so he may still be a contender for seasonal honors too. 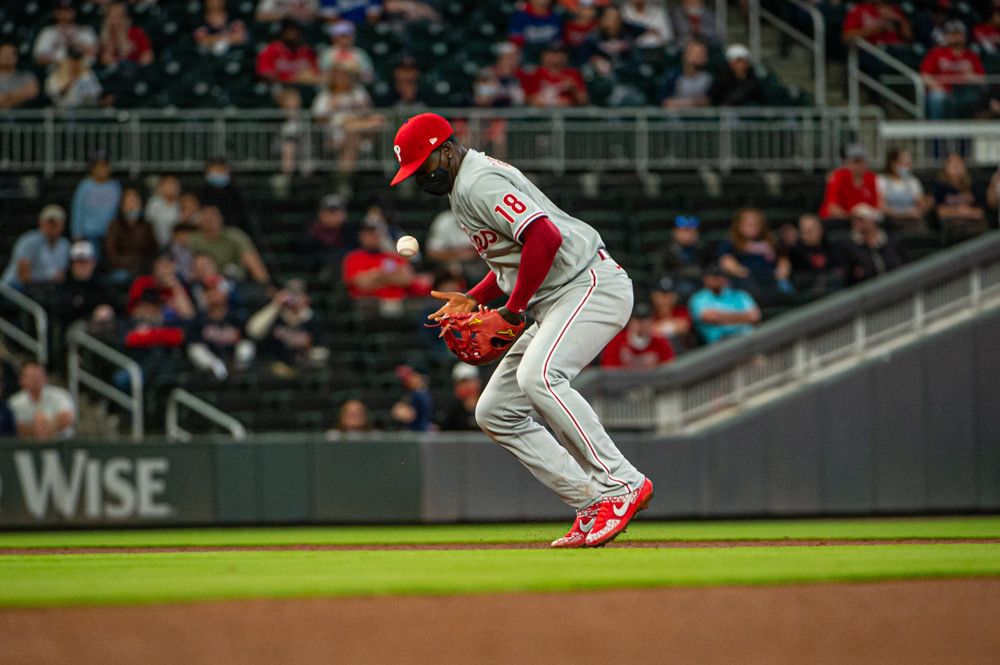