We charted EVERY injury from the past college football season. Here's what we learned and a list of players who are yellow or red flagged.

Every player in our NFL Draft site has had their injury history reviewed. Each player page has a space to indicate two types of injury designations: long-term injury risk or currently injured. Long-term injury risk measures how problematic or detrimental a player’s injury history may affect  their participation at the next level. If a player is deemed to be at high risk of injury he is given a red flag. Moderate risk players are given a yellow flag and low-risk players are given a green flag.

This season, each long-term injury risk flag was determined and supported by published research. Injuries such as ACL tears, spinal injuries and shoulder injuries requiring surgery are likely to prompt a yellow or red flag depending on the player’s position.

For example, meniscectomies (surgery to treat damaged meniscus) to specifically linemen, running backs, defensive backs and linebackers have been a significant hindrance to the number of snaps and games played in the NFL – and thus given a red flag.1

This isn’t to say that unnamed position groups are scot-free with a history of meniscal damage, but there is simply evidence that the named groups are at a higher risk.

Currently, 77% of the players in the SIS NFL Draft site have been given a green flag. They carry unremarkable injury histories to suggest long-term injury risks leading up to the big draft day. Many of these players have been injured in college and high school, but the injuries have little cause for concern.

The yellow flag has been given out to 20% of the players as moderate risk which leaves 3% for the dreaded red flag. The ‘currently injured’ tag is used for players dealing with an injury that will limit their participation in the draft process, but will not necessarily have lasting effects during their career. For example, Jeremy Ruckert has not been able to participate at the combine or Ohio State’s pro day due to a minor foot injury.

All of the 2021 injury data displayed below has been collected here at Sports Info Solutions. The injury data is accumulated via our Video Scouts recording every injury event that occurred in the FBS. Every tagged injury is video-audited by our injury department and updated using media reports until the player has healed. Along with tagging the injured players during a play, scouts will also record the initial injury severity, using a scale from 1 to 5 with objective definitions.

Below are the 25 most-injured teams in the FBS during the 2021 season. The table breaks down each team’s injuries by two initial severity groups – Severe (4, 5) and Not Severe (1, 2, and 3). The injuries column is the sum of all in-game injuries tagged and off-field injuries reported. Games missed equates to the total number of absences due to injury for the entire team over the course of the season.

Tennessee tops the list at 81 in-game injuries in 2021 and happened to suffer the 15th-most injuries of 2020 as well. Oregon and Clemson stand out in total games missed due to injury over the season. Both teams had relatively successful seasons despite having to overcome tremendous absences.

Last season’s most often injured team, Florida State, turned things around by being outside of the 75 most injured teams of 2021. FSU made this reversal while bringing on the only quarterback to be tagged with the red flag, McKenzie Milton.

Milton suffered a devastating dislocated right knee in a game during the 2018 season. Surgery saved his leg after ligament, arterial and nerve damage threatened his chances of ever playing again. He was able to play 6 games in 2021 after 2 seasons of rehabilitation. He’s a talented player, but his injury will be something NFL Draft war rooms discuss when Milton’s name is brought up.

When taking a look at injuries that occur during a game, it’s particularly interesting to break down the data by position. In the positional table below, the ‘Severe’ and ‘Severe%’ columns denote injuries that were charted as Severity 4 or 5. The 2021 data aligns with the same findings in the previous 2 seasons – the defensive line is the most dangerous position to play.

We have 6 defensive linemen with a red flag and another 17 with a yellow flag. Particularly concerning injuries for the d-line are shoulder injuries that damage the rotator cuff, labrum, or capsule causing instability to the joint. Defensive linemen with these injuries have historically had a shorter career in the league and a decreased chance of being drafted.2

Tyler Johnson of Arizona State is one of those players with an unfortunate history of a shoulder labrum and rotator cuff injury in 2018. He admitted he almost retired due to the pain that lingered in his shoulder over the course of the following season.

Surprisingly, a single instance of an ACL tear and reconstruction only warrants a yellow flag for all position groups besides OL, DL and LB (red flag). Historically, prospects from all positions with an ACL injury have been picked lower in the draft on average.4 This could perhaps lead to hidden value in players like George Pickens, Treylon Burks, John Metchie and Jameson Williams who all have been given a yellow flag.

The player injury designation table summarizes only the players within the draft site who have been identified in their player profile as having at least one of a yellow flag, red flag, or currently injured tag. On this list you will see players such as Justyn Ross as he has dealt with a congenital fusion in his cervical spine plus a stress fracture in his foot – both requiring surgery. 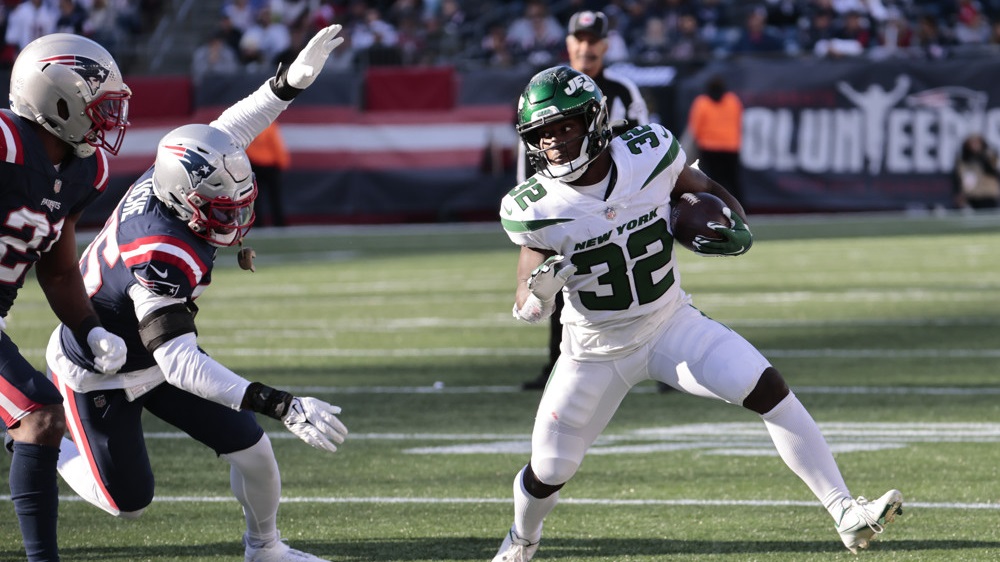