Whether a good choice or not, Benintendi has beat the shift at its own game in 2022

Last week, we wrote about which hitters were thankful for baseball enacting a ban on full shifts (3 infielders on the pull side). These were essentially the hitters that defensive shifts had vexed the most this season.

Now, let’s look at it from another angle:

Which hitters have been faring the best at beating the shift at its own game in 2022?

Let’s focus on one in particular.

The Yankees left fielder is currently out with a broken wrist. But when healthy, Benintendi was hitting a career-high .304 with a career-low .399 slugging percentage.

Benintendi seems to have made a power/average & on-base percentage tradeoff.

Instead, his season has been about more contact (a career-low strikeout rate) and finding ways to get on base.

Benintendi is near the top of an interesting leaderboard – Most net hits gained by hitting grounders and line drives versus defensive shifts.

Benintendi experienced a notable increase in full shift usage against him beginning in 2019.

*Short line drives as opposed to line drives hit well into the outfield that would not be reachable by a shifted infielder.

In 2021, he upped that to .287, with 25 hits on 87 grounders and line drives. He was still pulling the ball a lot though. Only 11 of the 73 balls not handled by the pitcher or catcher were hit to the left of second base.

But 2022 has been different for Benintendi. He’s hit the ball the other way more vs shifts. He’s hit .348 on the 69 grounders/liners against a fully-shifted defense. And he’s hit 24 of those balls to the left of second base, more than double his number from last season.

Here are a few examples

Most of these balls would have almost certainly been outs had the infield been playing either in a partial shift alignment or in a straight-up manner.

By our calculations, Benintendi has a net gain of 10 hits against defensive shifts this season.

How did we get that number?

For each grounder/short liner hit for an out against a shift, we calculate how often it would have been a hit against another alignment. So if a batter hits a groundball up the middle for an out, but the hit probability for that ball was 75% against an unshifted/partial-shifted defense, the batter gets credit for losing 0.75 hits.

We then do the reverse for grounders/short liners on which a hit was recorded. If the out probability was 75% against an unshifted/partial-shifted defense, the batter gets credited with gaining 0.75 hits.

Then we sum the hits and outs gained and come up with a net differential. In sum, Benintendi lost 9 hits to full shifts and gained 19 hits against them. The net total is a gain of 10 hits. He would have had 10 fewer hits on the same balls had the defense not been playing a full shift.

The only player with a bigger net gain than Benintendi this season is Rangers second baseman Marcus Semien, who gained 11 hits, but had nearly twice as many grounders/liners into full shifts as Benintendi did.

We’re not here to say Benintendi’s approach to this season was better or worse than any previous one. On one hand, he’s in his prime and there’s an expectation for power that he didn’t reach, perhaps because he sacrificed some shots at home runs by being selective or focusing on base hits.

On the other hand, he took what the defense gave him (when he wasn’t fully shifted, he hit very well, and went 14-for-25 on his grounders and short liners). His wRC+ this season is 123, matching the best of his career. There are lots of ways to skin a cat and a lot of ways to hit a baseball.

Benintendi acknowledged as much in an article by Eno Sarris and Zach Buchanan in The Athletic, noting that he wanted to use the whole field because he knew he couldn’t hit 35 home runs in Kauffman Stadium. It will be interesting to see how this plays out in his free agency this offseason and in 2023 wherever he signs.

At the bottom of this article is a list of the players who have had the biggest net gain in hits against full shifts this season.

You won’t see many who have benefited greatly, largely because if a player is hitting against them like Randal Grichuk (14-for-23 when fully shifted), teams won’t use that alignment often versus him. 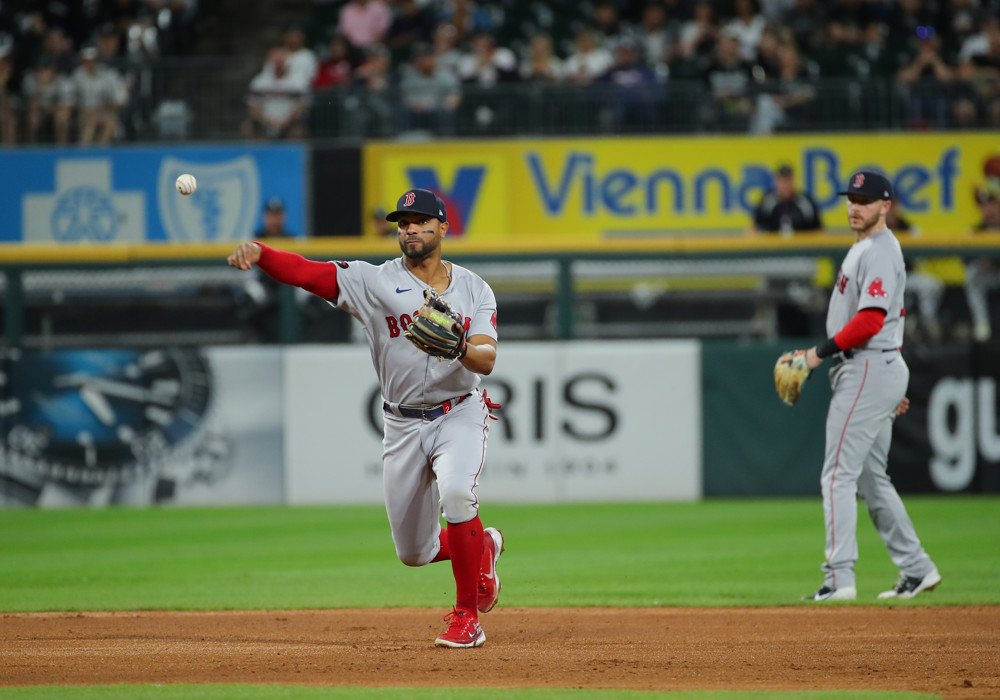