How one offense at one school can Have two looks

The Air Raid has left its fingerprints on modern college football like no other offense. From its passing concepts such as mesh to its jettison of the huddle, the Air Raid has found its way into nearly every offensive coordinator’s playbook in one way or another.

For as fast as its concepts spread, its coaching tree grew faster. The Air Raid began in the 1990s at Iowa Wesleyan with Hal Mumme and Mike Leach as a way for the talentless to compete. Thirty years later, blue bloods have fully embraced the system, notably USC under its last two head coaches.

Under Clay Helton, Mike Leach’s former quarterback Graham Harrell assumed offensive coordinator duties in 2019. Upon changing coaches in 2022 and with Harrell off to West Virginia, another former Leach player in Lincoln Riley took charge of the offense. Despite running the same system by name, Riley’s Trojan offense could hardly look more different than Harrell’s.

Some of that comes with the change in personnel between regimes. Riley has made the most of the transfer portal, restocking the skill positions with elite talent across the board. He also has the benefit of four returning starters on the offensive line. Such talent explains much of the two-touchdown difference in points per game between the two offenses and allows Riley to implement a greater playbook, both in size and complexity.

Like any innovation, a few adopt the original while the majority wait for the product to either become mainstream or for its worthwhile functions to be incorporated into everyday products. Nobody carries a GPS, an mp3 player, and a palm pilot; the smartphone has all of those features in one device.

Coaches behave the same way. In the Air Raid’s youth, earlier adopters such as Bob Stoops, who hired Mike Leach upon taking the Oklahoma job, reap the benefits while the rest of the industry carefully picks and chooses the features it likes.

Now that the Air Raid has reached 30 years old, the inverse happens. Riley and Harrell began with the original Air Raid, an offense with few plays and fewer formations designed to attack all parts of the field. Graham Harrell focuses on the former, Lincoln Riley the latter.

Graham Harrell departs most from his roots in his preferred personnel. The traditional Air Raid never uses a tight end. Harrell used at least one on 98% of USC’s snaps in 2021. With different personnel come different concepts, but Harrell keeps them to a minimum.

Harrell ran zone on 79% of USC’s 2021 runs, the 15th highest percentage in the FBS. To stress the defense’s perimeter, USC called screens 72 times in 2021, 6th most in FBS. Screens also provided a convenient way to get Drake London the ball. He averaged the 5th-most PAA per route on wide receiver screens (0.011) among those targeted on screens at least 20 times. USC’s downfield game consisted mostly of flies, seams, and fades, as it ran those routes 433 times in 2021, 8th-most in the FBS. The Trojans had the most success however when attacking the middle of the field, averaging 0.037 PAA per play on posts and digs.

Harrell keeps it simple, whereas Riley brings variety. He changes between 10, 11, and 20 personnel regularly, and runs zone only 39% of the time. Instead, he bases his running game off of gap schemes, such as the double pull he opened with against Oregon State.

Like his predecessor, Riley screens early and often with 39 thrown already this season. But with the increased emphasis on the run and screen comes a reduction in the vertical game. Through five games the Trojans have targeted routes longer than 20 yards 21 times, ranked in the top half of the FBS but fewer than the 36 thrown in the first five games of 2021.

While both Harrell and Riley differ considerably in their scheme, the mobility of each coach’s quarterbacks displays their differences in execution. Riley, from Baker Mayfield to Caleb Williams, has always had a mobile quarterback at his disposal. This opens up concepts in the run game, takes pressure off the offensive line, and turns broken plays into big gains with regularity. Under Graham Harrell, only Mason Fine has exceeded 100 yards rushing in a season as his quarterback, doing so in 2016.

Without a running quarterback, Harrell could only pair his runs with screens. Riley can not only match his base runs with the screen and quarterback keep, but can also go play action, threatening all parts of the field from one look.

The contrast between Harrell and Riley shows the most in their up-tempo approaches. After a successful play, both coaches like to hurry the team to the line and run another play against the disoriented defense. Harrell will trot out a simple formation and play, trusting his players to execute their assignments.

Riley opens up the playbook in such situations, having the personnel on the field fill almost any position. Receivers will play tight and running backs wide, as they do on the second and third plays of this series of downs, so long as he can call the perfect play.

Harrell uses a simple scheme to get his players into positions to succeed. Riley attacks all parts of the field by creating positionless chaos only his players can exploit. While both have similar backgrounds and share concepts to get to their respective ends, the results look as though each came from opposite poles of the coaching world. 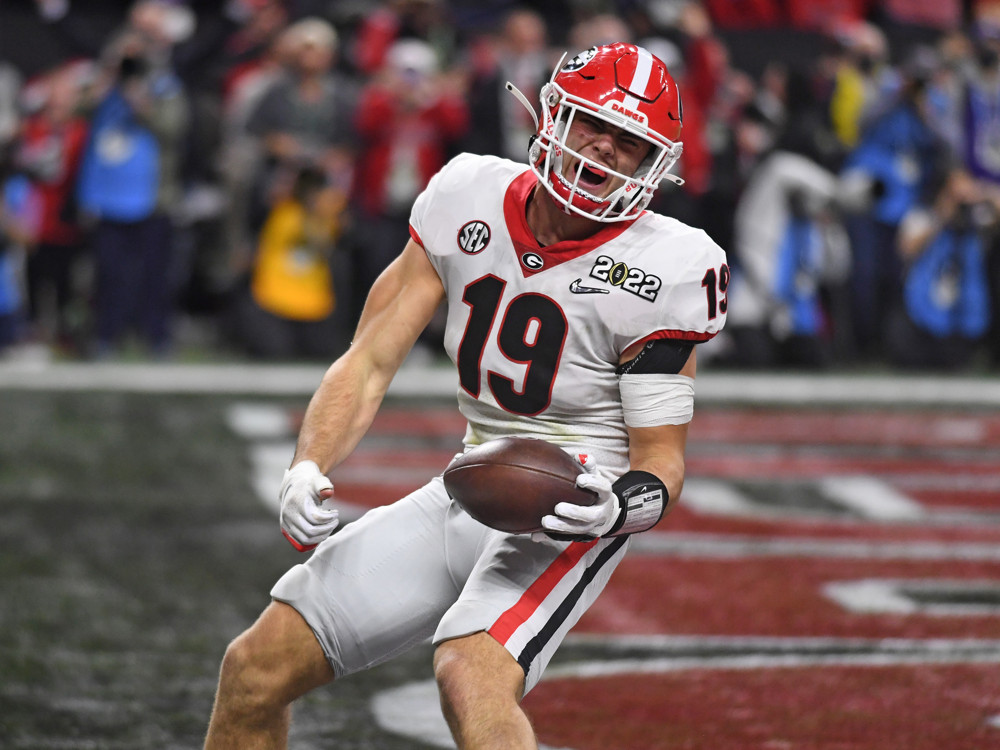 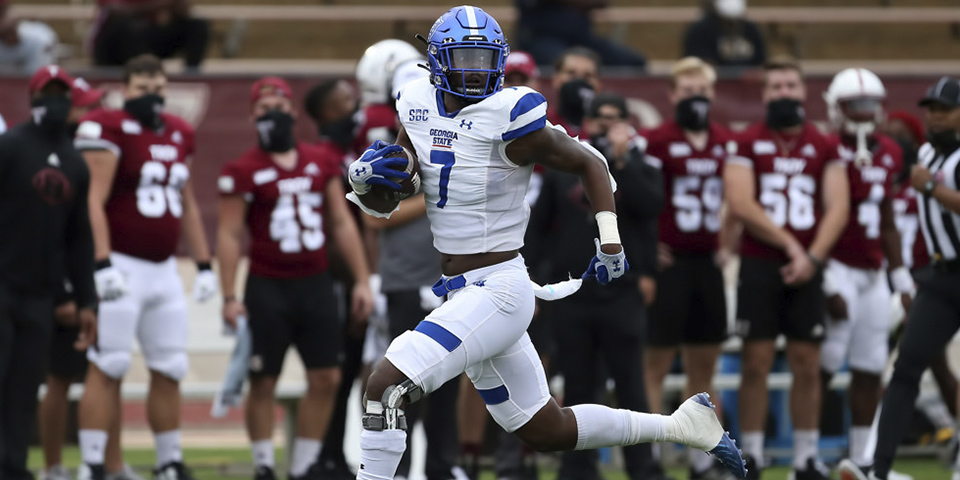