Xander Bogaerts was among those whose Defensive Runs Saved totals reached new heights. How did it happen?

One thing I’ve garnered from talking to players the last few seasons is that they put a lot of work into infield defense. You might not see players take infield practice before a game anymore, but a considerable amount of time is still spent doing drills each day to keep their techniques sound.

I’ve tossed around the term “most improved defensive player” and its variants a few times on this website and on our Twitter feed but wanted to look more closely at players who could fit that description. I started with infielders.

In talking about improvement, I didn’t necessarily want to look at the player who went from being good to great, but rather players who went from below-average to above-average.

Using arbitrary endpoints, I found four infielders who went from -5 Runs Saved or worse at a position to 5 Runs Saved or better at that position, and added in one player who did something similar, albeit playing one position one year and another position the next.

Here’s what I uncovered about those players and where the improvement came from.

By our measures, Rodgers has a solid claim for most improved defensive player in MLB. He went from -5 Runs Saved at second base in 2021 to 22 Runs Saved, a Fielding Bible Award and a Gold Glove in 2022.

We covered where Rodgers’ improved previously in a conversation we had with him late in the season. From early June to the end of the season he made great play after great play and avoided mistakes. He led all second basemen with 19 diving plays.

Swanson is one of two free agent shortstops who flipped the script on his defensive numbers from 2021 to 2022.

Swanson’s defensive history is a mix of good years and bad years and they seem to alternate.

The Braves’ championship season actually wasn’t a good one for Swanson’s defense. Swanson totaled -7 Runs Saved in 2021. But in 2022, he accrued 9 Runs Saved, matching the career high he set in 2018 and the shortened 2020 season.

One thing apparent to the eye – Swanson cut back on mistakes. He had 36 Defensive Misplays and Errors in 2021 and that number dropped to 22 in a comparable number of innings in 2022.

He also had a much better success at converting more outs than expected on balls hit to his right than he had the past three seasons, as shown in this chart.

Dansby Swanson on Balls Hit To His Right

* Opportunities = Plays with a >0% out probability

Bogaerts is the other free agent shortstop whose defensive numbers improved and, unlike Swanson, there was not a previous track record of success to draw upon. Bogaerts went from costing the Red Sox 5 runs with his defense in 2021 to saving them 5 in 2022, the first time in his career he had a positive Runs Saved at the position.

Bogaerts numbers going to his left and on his forehand were both much better in 2022 than 2021 (which makes sense, since those should go hand in hand).

Of the 35 shortstops who got to the most balls on their forehand, Bogaerts had the second-highest rate of turning those into outs (94.9%), trailing only another free agent shortstop (a very good defender), Carlos Correa (95.5%).

Xander Bogaerts vs Ground Balls Played On His Forehand

Rosario and Bogaerts were on similar tracks. Neither had finished a season with a positive Runs Saved at shortstop before 2022 and each got there by improving their play on balls hit to their left.

Also of note: The Guardians shifted less often than any other team, but when they did, Rosario fared quite well, netting 7 Runs Saved.

Torres benefited from a position change, going from shortstop, where he’d cost the Yankees 9 and 10 runs the previous two seasons, back to second base, where he had success in 2018 before a drop-off the following season.

Torres, similar to Brendan Rodgers, got it done on balls hit up the middle, making 86 of 156 plays on balls hit to his right. Out probabilities suggested he’d make only 75 of them. Though he didn’t make an abundance of flashy plays, he was instrumental in the Yankees finishing with the second-highest out rate on ground balls and bunts in MLB in 2022. 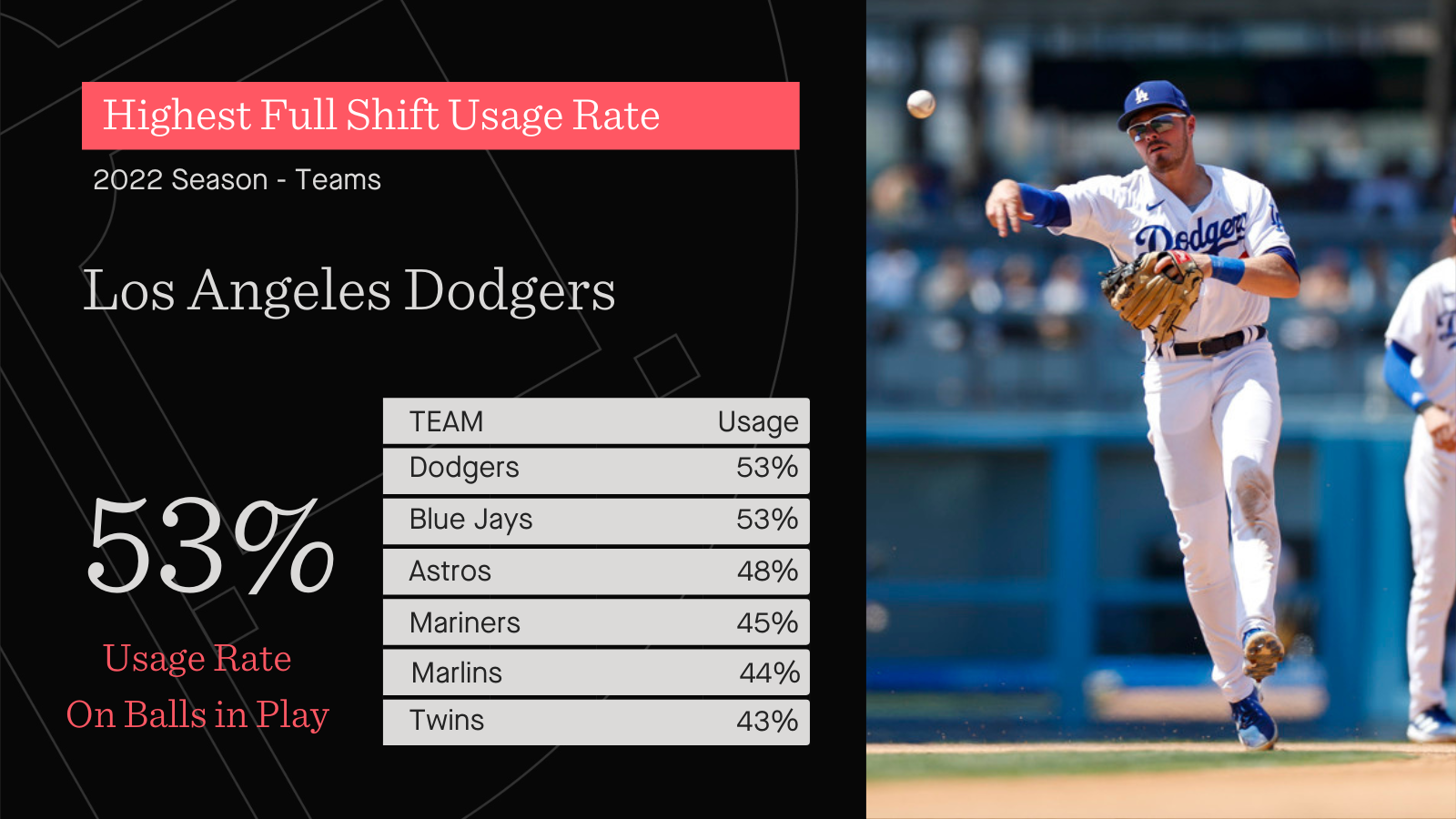 Stat of the Week: Which Teams Shift The Most?