Shifting has become increasingly common in baseball and companies like Baseball Info Solutions (BIS) are at the forefront for bringing this information to light. Shifts are employed strategically by placing infielders in positions where batters have dictated with previous performance that they are more likely to hit ground balls and short line drives (GSL). In just 7 […]

Shifting has become increasingly common in baseball and companies like Baseball Info Solutions (BIS) are at the forefront for bringing this information to light. Shifts are employed strategically by placing infielders in positions where batters have dictated with previous performance that they are more likely to hit ground balls and short line drives (GSL). In just 7 seasons, the number of shifts on balls in play in the Major Leagues has skyrocketed from 2,463 in 2010 to a prorated estimate of nearly 30,000 in 2016.

Various shift types exist, including but not limited to, Full and Partial Ted Williams where there are 3 infielders on one side of second base or 2 displaced infielders, respectively, as well as Situational shifting. Situational shifts, which accounts for All-In, Corners In, and others are dictated more by the situation in the game than by the batter. While looking deeper into the rise of shifts in Major League Baseball, we will not be counting Situational shifts because they can inaccurately label a batter.

Among the team leaders this year in shifts on balls in play are the Houston Astros, Tampa Bay Rays, and most surprisingly the Seattle Mariners. The Astros and Rays are widely known for their use of analytics in their decision processes and team makeup, each having finished 2015 with 400 more shifts (1417 and 1465, respectively) than the 3rd place team (the Colorado Rockies with 1010). On the other hand, the Mariners, under a new front office regime, have already surpassed their 2015 total of 352 shifts and are on pace for over 1700 in 2016.

One thing that really jumps out are the 2011 Philadelphia Phillies. The Phillies, known as one of the last teams to embrace the analytical side of baseball, shifted a total of 6 times in 2011. To put that into perspective, as of May 27th 2016, the Houston Astros (baseball’s leading shifters), are averaging just around 12 shifts PER GAME.

While shifts are aggressively growing, the types of players that are being shifted are expanding as well. In 2010, it was seldom found that someone would be shifted unless they were a left-handed, power-centric batter. Certain names come to mind such as Ryan Howard and David Ortiz, as these names represent the 2 most shifted batters in 2010, both by totals and the percentage of their plate appearances. Howard was shifted in 85.8 percent of his 555 plate appearances (PAs) with video in 2010, while Ortiz was just a tick behind him with 85.3 percent of his 556 similar PA’s.

While left-handed batters are still shifted more often, righties are being shifted exponentially more today than in the past. When looking at players with at least 50 PAs in 2016, 14 batters (all left-handed) have seen shifts in over 90 percent of their PAs, while Giancarlo Stanton takes the cake for the right-handed bats with shifts in 73.5 percent. Even just 6 seasons ago, no one could fathom that a right-handed bat would be shifted as often as Stanton. In 2010, Marcus Thames led right-handers with a 2.5 percent PA shifted rate having seen 6 shifts in his 237 PAs, with Dioner Navarro taking second at a measly 1.5 percent.

Not only was I surprised to see the percentage rates throughout the 6 seasons but I was even more shocked to see splits. In 2010, 95 different batters were shifted, only 29 of which were right-handed. Since then the disparity has diminished, and to my surprise, every year since 2013, there have been more righties shifted than lefties. In 2010, lefties were shifted 2.3 times as much as righties compared to 2016 where the number currently stands at 0.8, a number that represents the 201 (L) to the 266 (R) shifted split.

The table below shows a year-by-year breakdown of the splits between handedness of the batters and their shifted PA percentage for those hitters.

[googleapps domain=”docs” dir=”spreadsheets/d/1T-Z537PV1PpnBWFazaAAQqBNXMPcqC0vb8kyexjtet0/pubhtml” query=”widget=true&headers=false” width=”500″ height=”250″ /]
(Note that these numbers represent all shifts, not just on balls in play)

As you can see, the amount of players shifted is growing greatly and the percentage of PAs that these batters are shifted in is much larger than even 2010. And so the big question is “do shifts work?” and the resounding answer is “YES, YES, YES!” Shifts have significantly affected both the batting averages of players as well as their approaches, which is another subject entirely. Of the 95 players from 2010 to 2015 that were shifted at least 50 times on GSL, only 23 had a higher batting average against the shift. The highest of this was Josh Donaldson, who batted 20 points higher against the shift, and only 4 of the 23 players hit 10 points higher. Considering this same group, the overall numbers point directly to batters faring much worse against the shift, hitting roughly .243 against the shift and .259 against no shift.

While baseball purists contend that the shift needs to be abolished, it has become an undeniable part of the game and appears to be staying. One can wonder what we will see from shifts in the future, but only time will tell. 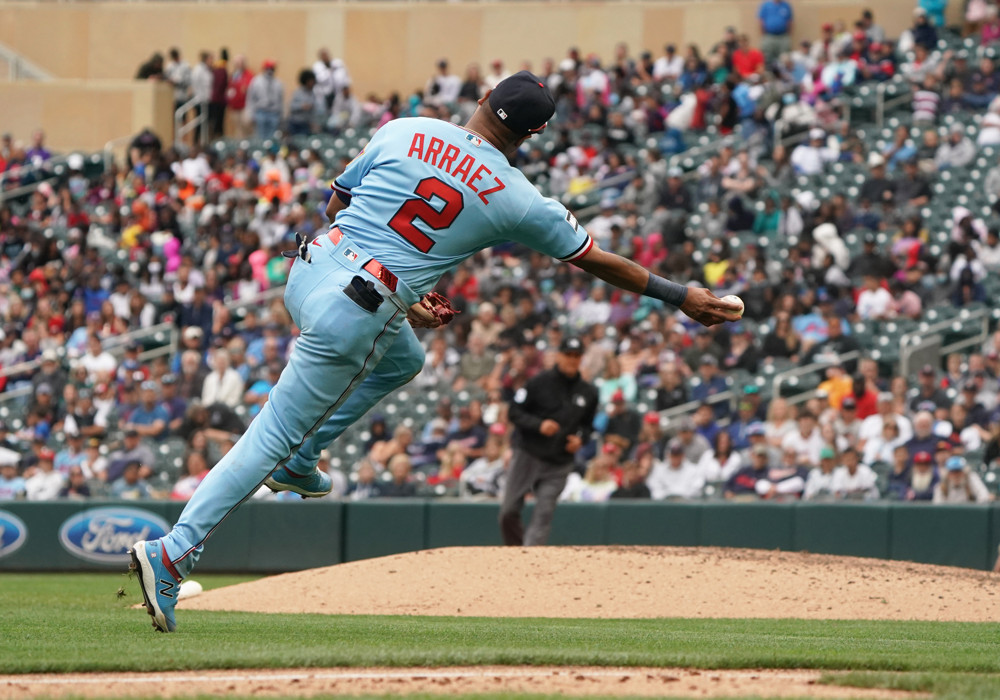