A major update to Defensive Runs Saved will provide a better understanding of infield defense.

Currently, DRS does not account for infielder positioning, thus relying on one “Range & Positioning” component to assess a fielder’s ability to convert batted balls into outs. It also considers shift plays entirely as a team defense, attributing runs saved/lost to the team overall.

That, however, is about to change. We’ll be breaking the DRS system into PARTs.

PART stands for Positioning, Air Balls, Range, and Throwing. This new system isolates each of these elements for individual fielders. It also allows us to evaluate how individual players perform defensively in shifts. BIS has been charting pre-pitch infielder positioning since 2013, which makes it possible for positioning to be evaluated.

Given that positioning is largely controlled by the team rather than individual player, it is now its own separate component. Positioning Runs Saved will be added to the team’s DRS total, but not the individual player’s total. Thus, an infielder’s DRS is now the sum of:

How do we actually estimate the effects of positioning? The system evaluates the chance a play would be made without considering fielder positioning (using information about the batted ball’s trajectory, location, and velocity and the batter’s speed) and compares it to the chance it would be made considering those variables and the fielder’s positioning. If a batted ball is estimated to be a high percentage out, but a fielder isn’t close to it, then the team will get penalized in the form of Positioning Runs Saved—but the fielder will not.

What does all this look like in action? Let’s consider Matt Chapman of the Oakland A’s, one of baseball’s top defensive players.

Here’s the breakdown at how we arrive at the new number:

What doesn’t get included here is positioning, and the system calculates that Chapman accumulated -13 Positioning Runs Saved (-10 in non-shifts, -3 in shifts). Again, this number will still be included in the team total, but the individual player will not be penalized for it.

We can also see the gains for Chapman from including shift plays, as he was +8 for Range and +1 for Throwing in shifts. Even though the A’s shifted the least of any team per BIS charting, that’s a significant Runs Saved total that was previously uncredited to Chapman.

This data for Chapman and all other Major League players will soon be rolling out on FieldingBible.com, and it will also be featured in The Fielding Bible – Volume V (coming in the spring of 2020) and in The Bill James Handbook 2020 (out November 1).

Stay tuned for more information and updates regarding this improvement to DRS. 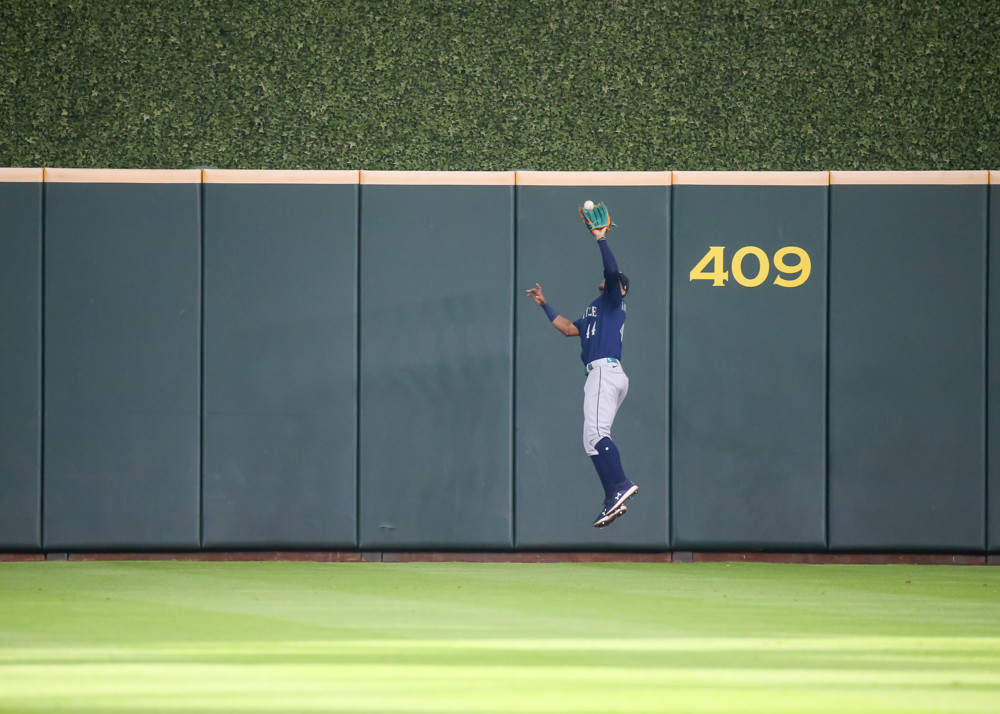 A treetop view of what an MLB outfield needs