How will the Max Duggan and the Horned Frogs line up? And how will Smael Mondon Jr and the Bulldogs counter on defense?

TCU’s offense has completely changed course from just a season ago, jumping from 65th to 5th in points per game and 36th to 15th in Expected Points Added (EPA) per play.  Georgia’s defense, on the other hand, has continued its dominance from last season, ranking 5th in points allowed per game and 10th in EPA per play. Despite their different histories and styles, both will play Monday for all the marbles. For the week leading up to it, both will project how the other will play and prepare for what they anticipate.

Like most offenses Georgia has faced this season, TCU bases out of 11 personnel, running on 46% of its offensive plays. 10 personnel ranks second amongst TCU’s most frequently used packages at 29%. From both these packages the Horned Frogs go Twins and Trips, occasionally detaching the tight end in 11.

As the only other package used more than 15% of the time, 12 personnel allows the Horned Frogs to put two tight ends to one side and twin receivers to the other. From these packages the Horned Frogs run the ball 52% of the time. TCU bases out of Inside Zone, but changes it up with Power and Outside Zone. Off these runs Max Duggan provides another threat, as he can keep the ball off the Zone Read, run the Power, or take the Draw. Emari Demercado may take the bulk of the carries depending on Kendre Miller’s condition, a tribute to TCU’s depth at running back but Miller’s absence would be a  blow nonetheless.

When passing, Duggan takes a 3-step drop 47% of the time, 0/1 steps 32% of the time, with hardly any screens or rollouts. Snag, Shock, Switch, Stick, and Cross all play major roles in TCU’s passing repertoire, usually with Quentin Johnston as Duggan’s primary target.

Kirby Smart, the second Saban disciple Sonny Dykes will face this season,  runs a similar 3-4 scheme to Alabama. The nickel package, however, plays the most, with Javon Bullard on the field 63% of the time.

The Bulldogs will go four down quite often, with linebacker Robert Beal Jr. putting his hand in the dirt. Georgia primarily aligns its safeties in a two-high shell pre-snap, from which it rotates to Cover 3 on 48% of passing plays. When showing a one-high shell, the Bulldogs still run Cover 3, but can also mix it up with Cover 1, which they run on 37% of their plays. The Bulldogs also prefer Cover 1 when blitzing, which they do on 26% of passes.

Georgia’s strongest unit will need to come to play against TCU’s spread rushing attack. The Horned Frogs exposed the Michigan defense when its defensive line, the Wolverines strongest unit as well, failed to control the line of scrimmage. But blaming the unit’s performance for the defense’s woes fails to account for other issues.

Throughout the entire game Michigan played with two standup ends, a difficult position from which to defend the run. Other times its center, Alan Ali, would face no tackle aligned on him, allowing him to either get an easier double team or to block the linebacker without hindrance. Both of these alignment issues left open space for TCU’s best and most popular run, inside zone. Off the zone cutback, TCU gained 140 yards on 11 attempts, good for 9.1 Expected Points Added.

Georgia will likely put Robert Beal Jr. in a three-point stance throughout the night, as it looks to prevent such easy yards for the run game. To vary the front, the Bulldogs may also put the three down linemen in a bear front to take away the A and B gaps.

In addition to poor alignment, unnecessary risks doomed the Wolverines. Blitzing five, six, and even seven did not get the anticipated pressure, and instead left the secondary short-handed and exposed.

With what they perceive as the talent advantage, the Bulldogs will not go abroad in search of monsters to slay. Instead, they will likely stay in the two-high shell until TCU either runs through their defensive line or dots the field with short passes.

TCU may have room to do just this. Without playing the safety closer to the line of scrimmage, Georgia will either have an alley exposed or apex a linebacker to fill the space. Which they prefer to do will depend on the situation and each team’s respective performance. Early in the game the Bulldogs may keep a linebacker, most likely Smael Mondon Jr., closer to or in the box. As the game progresses that linebacker may align closer to the receivers. Against the expected alignments and coverages, TCU has options. If Georgia keeps its two-high shell, TCU could align in trips and either run or pass to that open space. TCU tried this a few times against Michigan, with mixed results. Outside zone, Stick, and Snag appear the most likely candidates for this role in TCU’s playbook.

The Horned Frogs can also create similar opportunities by motioning its receivers across the formation. Georgia’s defensive backs often follow players in motion, and depending on whether this happens TCU can decide whether to attack to the numbers advantage toward or away from motion.

Ohio State did this incredibly well in their first drive against Georgia. In four plays, the Buckeyes utilized formations and motions that not only revealed flaws in the defense, but gave the Buckeyes insight into how the Bulldogs would align and cover the rest of the game. Not to mention, they also drove 71 yards and scored.

Even more basic than formations and plays, the Horned Frogs may change their personnel. Kirby Smart has built the Bulldogs to defend the SEC’s 11 personnel offense. Only four of their opponents this season used 10 personnel more than 7% of the time, compared to TCU’s 29%. By going 10 personnel, the Horned Frogs can put pressure on the linebacker and safety alignment, leaving either too few in the box or the open space in the alley.

Georgia’s defense expects to have the better talent in this game. But TCU’s offense has road graders as well, and given a great gameplan by Sonny Dykes and Garrett Riley, the Bulldogs may have to stray from their base to keep a lid on the Horned Frogs. With the close margin between the talents and schemes of each team, the TCU offense and Georgia defense will need to plan, execute, and perform to their greatest potential in order to take home the crown. 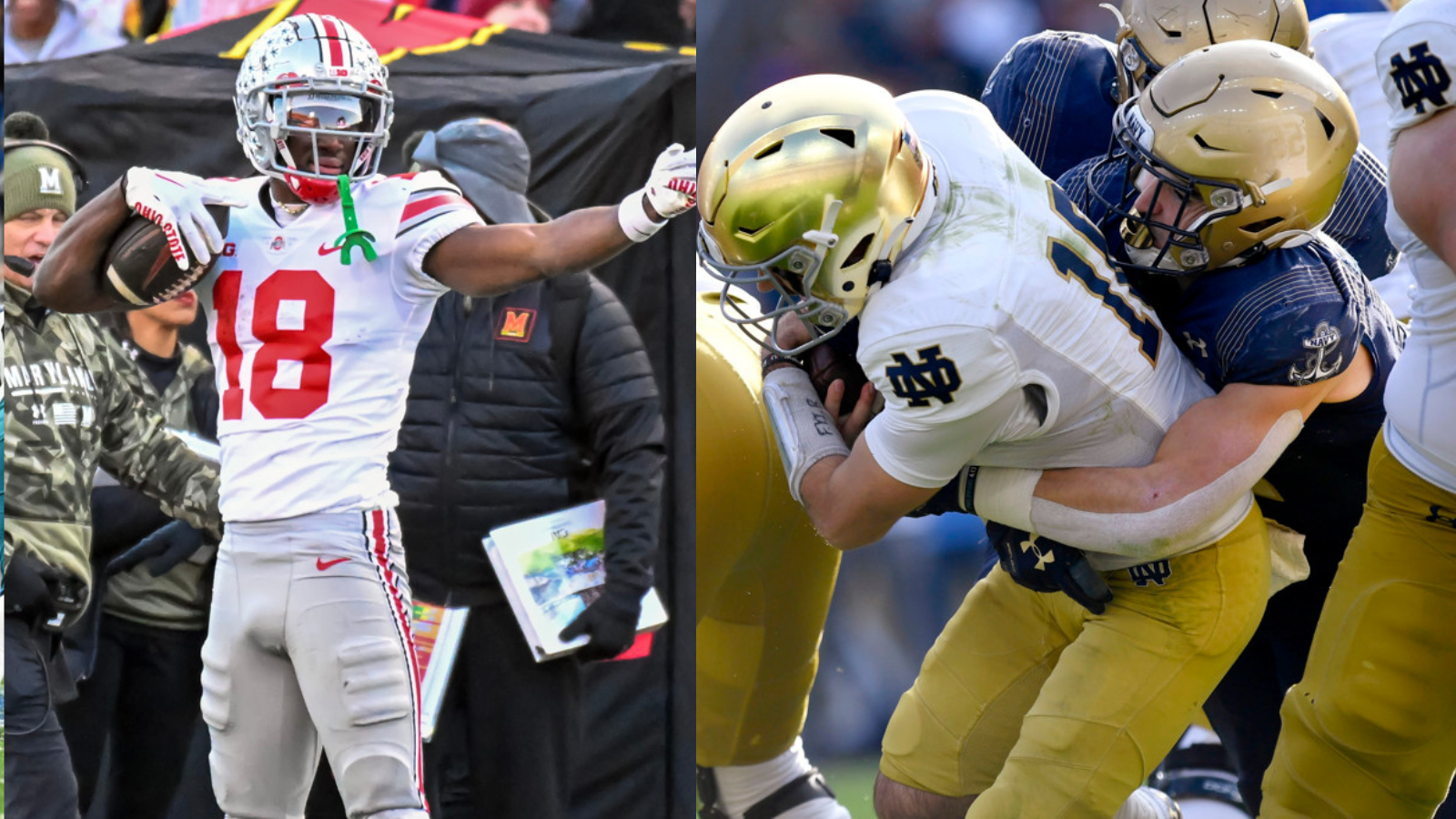 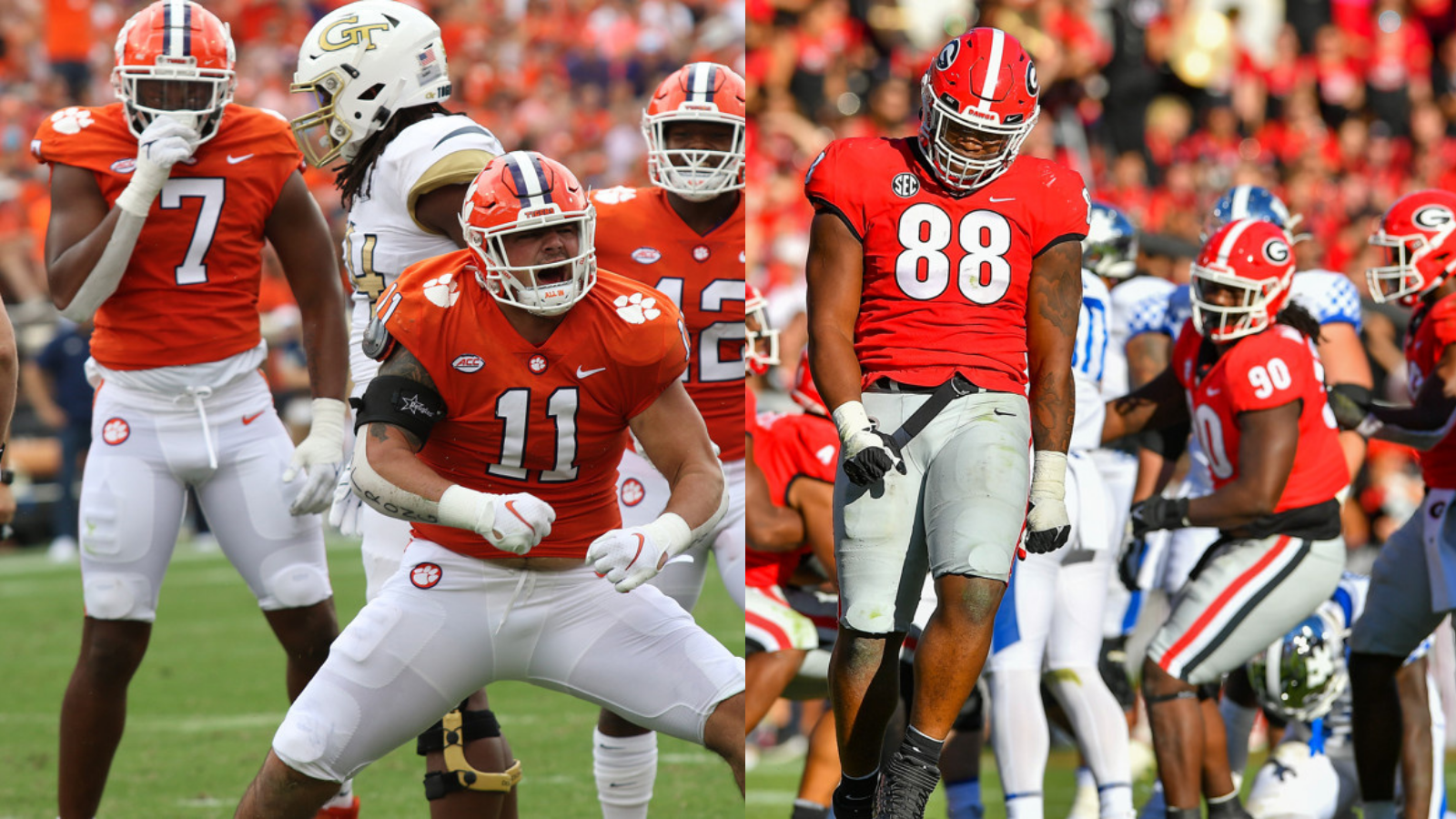